I’ve actually found an Audible book I like, Beneath the Skin by Nicci French. 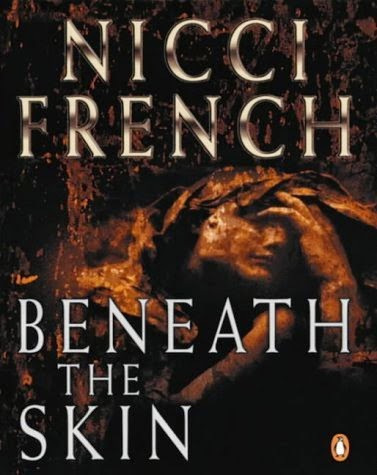 Although it turns out that Nicci French is actually two people. The Husband and wife partnership of Nicci Gerrard and Sean French

Three women are stalked by a man who writes them 'love' letters in which he promises to kill them, slowly, painfully and passionately. Target number one is primary school teacher Zoë who lives in a miserable flat that she can't sell and has just met a new boyfriend who seems as miserable as her accommodation.

After her, comes Jenny, a well to do mother of three in a miserable marriage with an unfaithful and miserable husband.

Then there’s Nadia, a children entertainer with balls. Then there's the police, who are crap and miserable. Not that that stops Nadia jumping into bed with the miserable but dishy chief inspector.

L described it as a bit like an Enid Blyton. Not sure I agree with that but it was easy enough even for me to follow. It's nice to read a book where I can get into the characters and enjoy a bit of misery.

Tonight the big match, the League Cup Quarter Final between Derby and Chelsea. The Rams play really well but get punished for a few sloppy mistakes and get hit by a late sending off just as they’d hauled themselves back from two down to 2-1. They concede a late third as it ends 3-1.