Just a half day at work, before the festivities start. The Red Arrow turn up, as is now regularly the case, with a bus rather than a coach but they hand me a voucher for a free ride as way of an apology for doing so. Someone else, other than me, must have complained then. If they’d been doing this since they started using buses on this route I’d have amassed such a pile of vouchers I could have travelled for free for the next year at least.

L isn’t at work at all today and meets her parents for brunch in Derby. When I finish work, I then meet L and Daughter in the coffee shop in the Market Hall. Then after Daughter heads off to see her father L and I do a short pub crawl.

The Silk Mill beer range looks dull, so we don’t stay and try the Bell instead. The Bell’s beer range looks ok until the first beer I order turns out to be off. Then the second one I order turns out to be off. The third one is on but is obviously now my third preference. Then just to remove any doubt that it’ll be a long time before we come back they over charge me. Charging £8.80 for two drinks, when it should have been £5.30.

We move on to The Golden Eagle, home to the Titan Brewery. Where L is so taken with the Blueberry Stout we stay for a second. Then we head off to the Greyhound and have a few there before getting the bus back to Nottingham.

We don't go straight home but deviate and end up in the Savera having a curry. This is a lapsed Christmas Eve tradition, so it's good to revive it.

It’s still early when we finally get home and we have arranged to do presents with Daughter at midnight, as is another tradition, but as she is out, we head off to bed for a few hours. 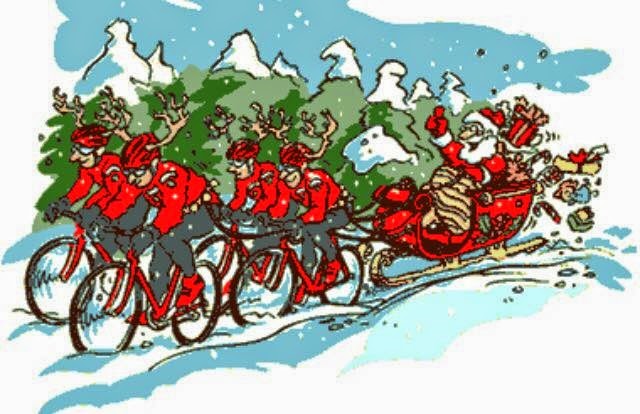