Back In The Angel

Today we all go to Forest Rec Parkrun including Daughter who brings a guest with her who’s down from Sheffield. He's training for one of the Tough Mudders, I’m not sure he’ll find Forest Rec that tough, it certainly won’t be muddy but he will get a good quality bacon butty.


Sofia Coppola's new film ‘The Beguiled’ is either a second adaptation of Thomas Cullinan’s novel or a remake of the 1971 Clint Eastwood film of the same name, which ever you prefer.

It’s the late 19th Century in Virginia during the American Civil War. Waiting out the war in their girl’s school are the proprietor of this ‘Seminary for Young Ladies’, one teacher and five students. Everyone else has left.

One day while out in the woods, one of the students, comes across Corporal John McBurney (Colin Farrell) of the Union Army who has been wounded in action. She brings him back with her where they lock him in one of the rooms (for his own safety presumably) while the school’s proprietor Martha Farnsworth (Nicole Kidman) tends to his wounds. 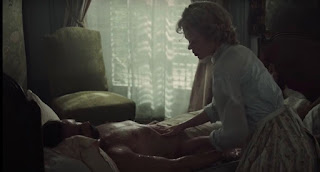 Oddly Miss Martha decides, in the name of Christian charity, that they should let his injuries heal before they hand him over to the opposition. This, obviously, has nothing to do with the fact that Martha, along with the rest of the all female household, have become immediately smitten with by their hunky find.

The room is unlocked and McBurney's presence starts to disrupt the previous calm as they all compete for his attention, giving him presents, cook meals for him and generally dress to impress. 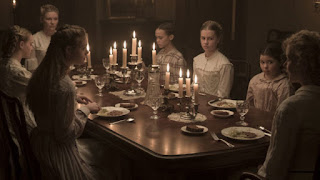 He repays their affection with affection, although it is mainly focussed on Martha and the school’s only other ‘adult’ teacher Edwina Morrow (Kirsten Dunst). Being younger than Martha, Edwina clearly believes that she is the most appropriate recipient of the Corporal’s attention. Although she doesn’t take into account Alicia (Elle Fanning), the oldest pupil, who is also determined to be in the running. The school quickly descends into a mini civil war of its own. 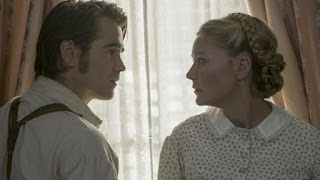 When he is fit enough to leave, he tries to stay on as their gardener but Martha, evidently sensing she is losing the war, vetoes that idea. So instead he declares undying love for Edwina. That could have worked but didn’t, when she caught him in bed with Alicia. So she pushes him down the stairs, breaking his leg which Martha then swiftly amputates. 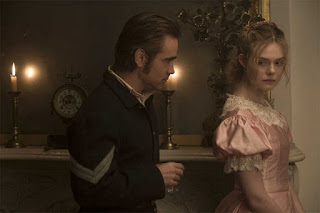 He doesn’t take this well, as you would expect, so they again lock him in one of the rooms (for their own safety presumably) but he sweet talks Alicia into letting him out. A seemingly repentant Edwina pursues him to his room where she throws herself at him. 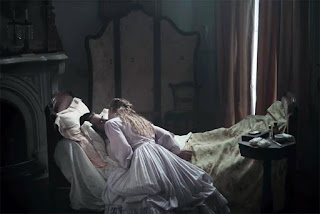 Martha and the others are cleared hacked off at these developments and therefore decide to murder him with poisonous mushrooms.

It all sounds quite exciting on paper but believe me, it wasn’t. It’s such a slow burn, full of  pensive ambiguous scenes, there's absolutely no chance of anything catching fire. It is far too inoffensive for its own good. Airbrushing war and sex out of a film that should seemingly be about war and sex. Not to mention racism. A 19th Century house without coloured staff?

Coppola won Best Director at the Cannes Film Festival for this. Really?

After the film we visit the Old Angel in Hockley which I haven’t been to for decades and that would probably have been to see a punk band. It’s a lot quieter these days but still sort of radical, just in a different way. Then we move onto spend the rest of the night in the Kean’s Head.