Twenty Four Hours In The Sun

Last year L and I did the Thunder Run as part of a team of eight and the team as a whole managed 21 laps of the 10k course which worked out at three or less each. This year we attempted it again but with a team of five, which hopefully should get us at least four laps each. 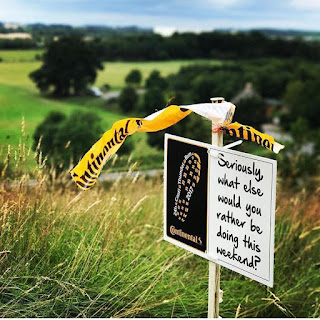 If that wasn’t enough of an epic challenge, we hadn’t reckoned on the weather. I kicked the team off with the opening lap at midday with an impressive 48:27 but then four hours later it started to rain and kept raining through to about 7am the following morning. Summer? Summer in the UK always has been merely a notional period on the calendar rather than an actual indicator of nice weather. 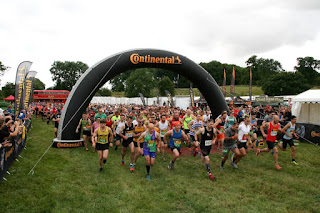 Consequently the off road course because an absolute quagmire becoming not just a stern physical challenge but also a test of mental toughness. I loved it and thought this new, unexpected, side to it merely added to the enjoyment. However most people seemed to disagree with me. 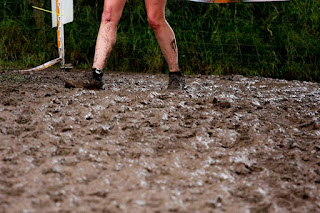 Last year both L and I went into the event with questionable fitness, this year I’m possibly in as good as shape as I could be on the back of two 70.3 triathlons. L however has been advised by practically every doctor and physio on the planet to stay at home, so naturally here she is and fully intending to do her four laps. 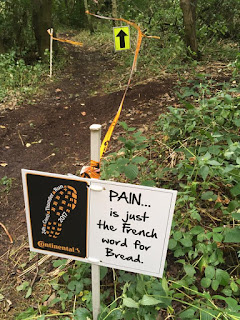 As I headed out for my second lap at around 5:20pm, I felt that I had the right footwear for the necessary mud skiing that a lap now mostly involved and my time of 51:23 perhaps confirmed this.

As before we fuelled ourselves with ham and cheese rolls and pasta. 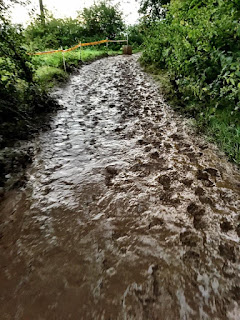 At around 11:30pm I’m off on my third lap where I did take one tumble, somewhere between the 8km and 9km points, when I misjudged the slope of the hill I was running across in the dark. After sliding for half a mile or so, I picked myself up, brushed the smidgen of mud off my clothes and carried on. Sadly this ruined my time a touch but I still got in under the hour with a 59:32.

The organisers were having a few problems too, as the weather took out the generator for a while overnight and the marshals had to hold the inflatable start line up while it was fixed. They didn’t seem to mind, the general camaraderie or should that be the Dunkirk spirit between everyone was great. Which included a couple who got married on Saturday morning and then shared their on course wedding reception with all of us. 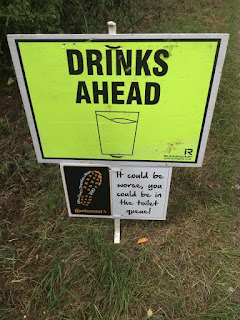 After grabbing a few hours sleep, I ran my fourth and final lap at 06:45am. By now the rain had eased, not that that made any difference to the conditions underfoot and my time was a slightly disappointing 61:15.

I did offer to do L’s fourth lap for her, which would have been my fifth but she was having none of it. I hope she doesn’t regret that tomorrow. So I head to the Bus Bar to grab a pint and watch her slither home.

We have one more runner to go after L then we’re done. Only 19 laps this year, I suppose we have to blame the weather for that. 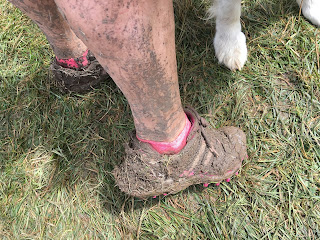 There was only blot on the event (unless you count the rain as a blot) and that was the range of Ladies fit T shirts that none of the girls could get into. So only the lads will be in the pub tonight wearing their swanky green race t-shirts. I’m sure they’ll sort out replacements post-race.

Afterwards I pop to the site of next week’s dog show, which is only next door, to see what state the weather has left things in there, not bad as it happens. Then we drop in at my parents before a night out at the Crafty Crow followed by a curry at The Laguna.