Although L still proclaims that her back is much better, thankfully she doesn’t intend to test it out at Parkrun today. She’s put herself on a running embargo for the whole of October, which is nice and sensible.

In the afternoon Derby make incredibly hard work of beating a Sheffield Wednesday team who gift Derby a penalty and a one man advantage as early as the 5th minute but they crawl home to a 2-0 win eventually.

In the evening Daughter joins us at Broadway to see a film.

Jo Nesbø’s book ‘The Snowman’ made for a weirdly complicated read, so how will it transfer to the big screen? Unless they’re simplified it probably badly, if they’ve made it even more complicated then very badly.

Harry Hole (Michael Fassbender) is the man chasing the Snowman, a serial killer who has the time to make an actual snowman at the scene of all his crimes. As a detective, Hole is a loose-cannon and an alcoholic who probably wouldn’t have had a hope of detecting anything had the killer not chosen to send clues personally addressed to him. 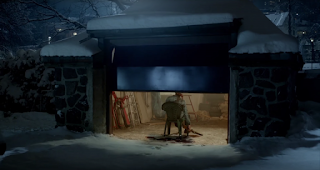 The Snowman has issues from childhood when his mother drove intentionally into a frozen lake and drowned while he escaped. Hole has issues too, his drunken behaviour has broken up his relationship with Rakel (Charlotte Gainsbourg) but they remain 'friends' largely because Harry gets on so well with her teenage son Oleg (Michael Yates) not that effective childcare seems to be a particular forte of his either. 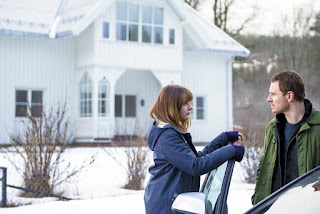 Hole’s newbie detective partner Katrine (Rebecca Ferguson) has issues too (of course) centring around her father, another unconventional boozed up cop (Val Kilmer), who we see in flashbacks. 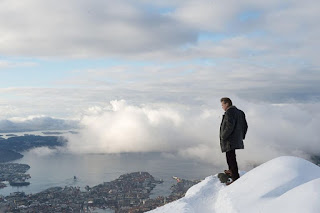 Her big moment is springing a honey trap for publishing mogul editor Arve Støp (JK Simmons). A man who has a disturbing habit of photographing women he’s only just met. Yet while the film contains the contractual obligation of a full frontal Michael Fassbender topless scene, the female topless scene photographed by Støp seems to have been cut during the editing. Which is disgracefully unPC. 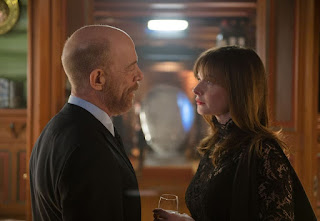 Needless to say the crime eventually gets solved, only after considerably bloodshed and with no great thanks to a fascinating piece of police kit known as the EviSync, which seems to do everything for the police bar actually solve the case. The only problem is it's about as portable as a tumble drier.

It’s a watchable thriller, if a largely nonsensical one where it’s difficult to keep track of who’s chasing who and why. To be fair to Fassbender, he makes a good drunk but the real stars of the film are the wintery landscapes of Oslo and Bergen. 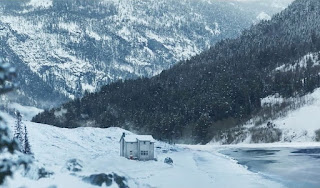 There is more crime later when we charged £5.90 in the Lord Roberts for a bottle Leffe Blonde. These things usually sell for around £3. We are so disgusted we move on to the Peacock and the OP.