I bike in today and arrive at work to be greeted by a rather shocking email saying that TFN (Total Fitness Nottingham) have closed down. Blimey, with triathlon being so popular now I didn’t expect TFN to close.

L does her prescribed 2k run BUT on the treadmill. Hmmm. She was told to run on the grass and she was even offered a run by Daughter. Oh how the tables have turned.

Tonight I'm at Rock City where the support band are the incredibly misspelt Restavrant and on the evidence of the last 30 seconds of their set I would have quite liked the sound of them, had I not arrived so damn late.

Then in the gap between bands the entertainment and the intrigue is presented by Rock City’s forthcoming gigs board. Just who are Arse Full Of Chips and am I missing out on something?

Then it’s time for BMRC and I’m in my element. This is how I like my music. Simple. Guitar, bass and drums. Music wi' Nowt Taken Out and nothing added either. What else do you need? And for good measure Black Rebel play it loud. 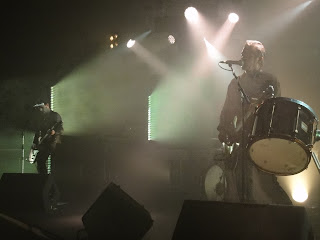 They also play it dark and smoky, and its therefore pretty dire for photography. The band seemingly disappear completely several times and we can only take their word for it that Leah Shapiro was back there on the drums at all.

Tonight they test the water with a lot of new material from their forthcoming album ‘Wrong Creatures’ although this isn’t due out until January but half a dozen tracks are featured, and they are all met with due respect, including tonight’s opener the current single ‘Little Thing Gone Wild’. 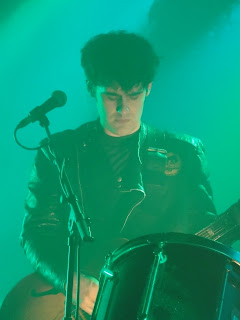 Where as ‘Bandung Hum’ is new but less so (it was also played last year) but isn’t on the album or anywhere that I can see.

Naturally the old favourites go down the best. ‘Berlin’ is as gorgeous as ever but not less impressive are the really old oldies ‘Love Burns’, ‘Stop’, ‘Six Barrel Shotgun’, ‘Spread Your Love’ etc. If there is a criticism it is that, like a lot of bands, they don’t vary the oldies enough. There is a nice outing tonight for ‘U.S. Government’ which doesn’t always feature. 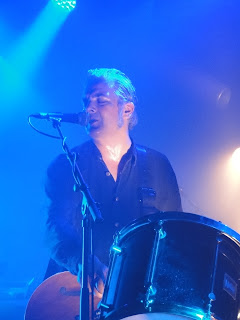 ‘Howl’ is heavily featured with four songs and one does wonder whether Peter Hayes can do anything other than ‘Devil's Waitin'’ on an acoustic. Go on Pete, confuse us next time. 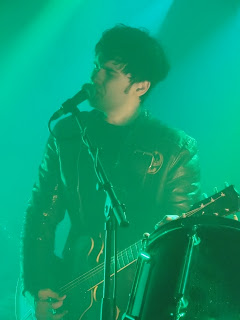 Sadly this traditional mid-set acoustic break which also saw Robert Levon Been perform ‘Sympathetic Noose’ wasn’t treated with the respect it deserved. Too many boozed up folk, who clearly only came to ‘rock’, talked over the top of it which is a huge shame. These people were also most likely responsible for the frequent rainstorms of lager. Something you don’t, thankfully, see much of these days. 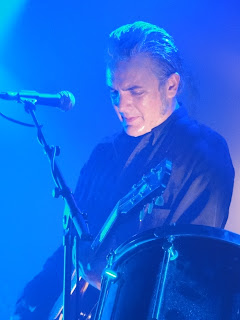 After ending with ‘Whatever Happened...’ and Been inevitably down the front with the crowd, they returned for a brave encore playing ‘Ninth Configuration’ off the new album. A track that is sure to become another brooding BMRC classic.

I had offered L the choice of meeting me for a post gig beer (or three) or putting her feet up at home with the bottle of Old Norway, that I’ve carefully shepherded home on my bike in my backpack, and MD’s football. The football may have swung it or it could have been that there is only one bottle of Old Norway but L is loitering on the street corner by the old fancy dress shop when I reach Canning Circus. We have a few drinks in the Organ Grinder.