I have an awesome ride into work. That’s nothing unusual, it’s always awesome, when it’s not raining, snowing, windy, too cold etc etc. I refuel by way of a pub lunch.

I best not tell L it was pie and chips (or my doctor). L’s already bemoaning her lack of activity this week due to sore eyes (swimming) and sore ankle (running). She’s been checking out the TV times for Jeremy Kyle and threatening to do beef burgers for tea.

Back home, L meets Daughter off the train. She has come to dog sit whilst we jet set down to London for the weekend. First though I have a gig, although I miss the first of tonight’s bands, The Heartbreaks, who were due on a 6:45 which is way too early to start a gig.

I do see the second band, who are called Superfood and come from Birmingham. They play to a pretty small crowd, so I hate to think how few The Heartbreaks played in front of. 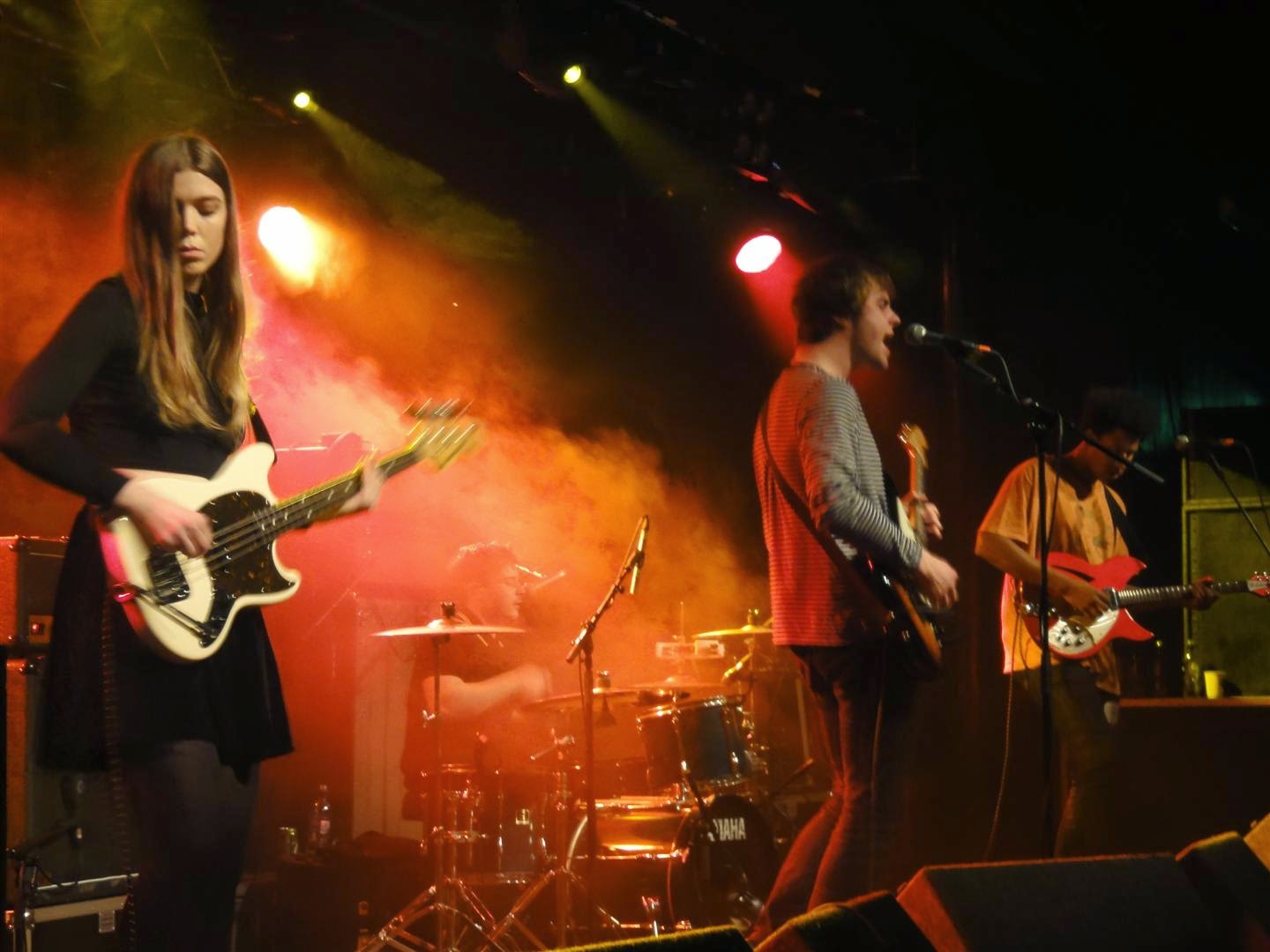 Superfood are very 90s, nodding their guitars furiously at the heavier side of Britpop. They also have a female bass player, which was almost compulsory in the 90s, with waist length hair, boots, black tights and a bare midriff. What's not to like?

The music? Oh yes, that’s not bad either particularly if you like your indie sort of 90s retro, like I do. I’ll be on their website later.

With only half an hour to go until We Are Scientists are due to hit the stage, Rock City is still looking a bit sparse and under half full tonight. I start wondering if perhaps the WAS bubble has burst and it’ll just be us diehards tonight but then suddenly the place starts to fill up. By the time the band take the stage, to the tones of REO Speedwagon’s ‘Keep on Loving You’, the place is almost full, although with the balcony closed.

I'm not sure I like the baseball hat Keith and perhaps he’s not sure about it either as it’s off after just one song, a newbie ‘Return the Favor’ from their just released new album ‘TV en Français’. 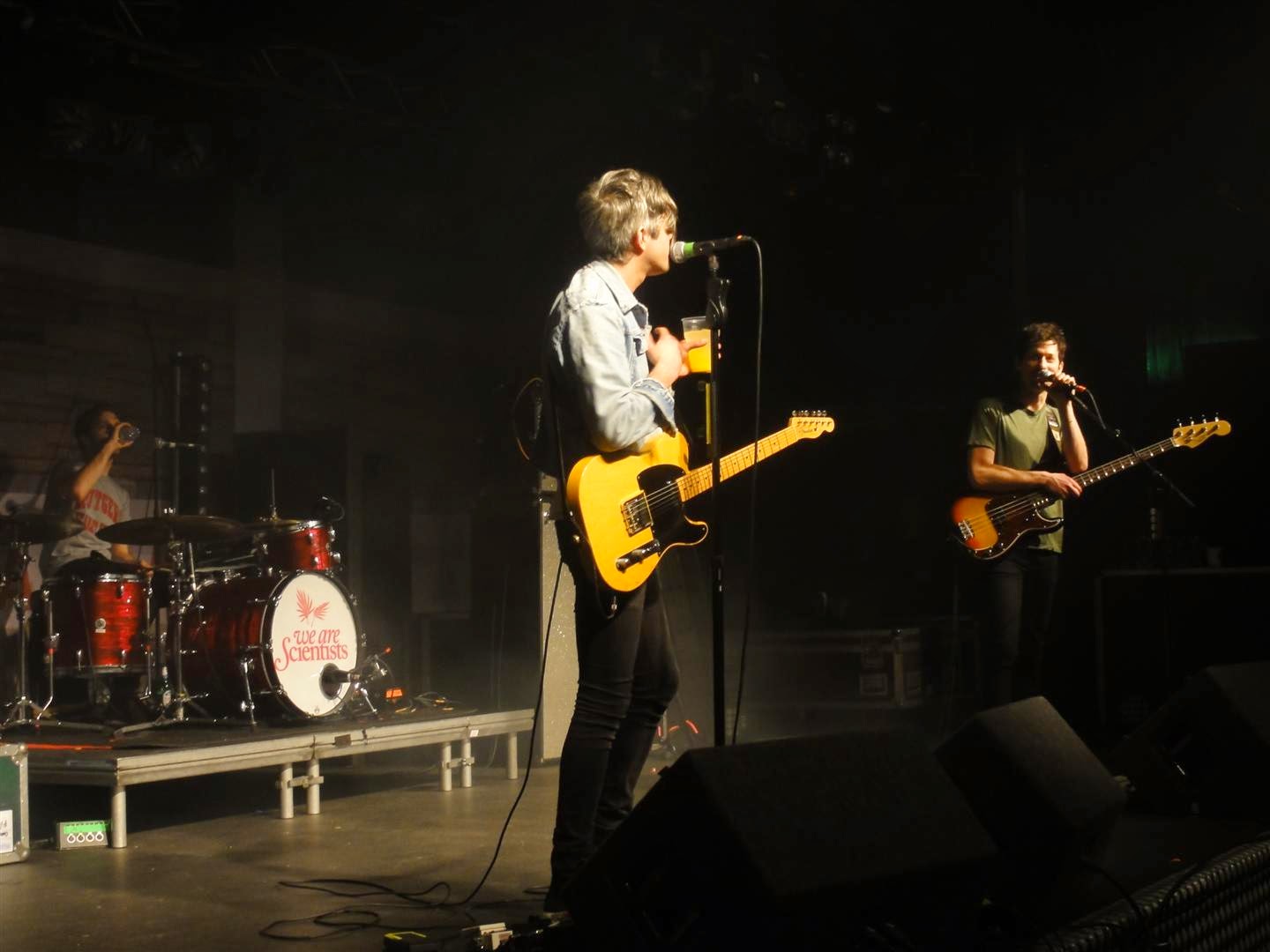 Old favourite ‘After Hours’ follows and then we get down to the serious stuff, the banter. Although... perhaps the banter’s a bit tired this year. I think we've heard all these gags about Robin Hood before, like the last time they played Nottingham... and the time before... and Keith still can’t pronounce Nottingham. So it’s sort of good when the boys move on to argue about Miley Cyrus.

In between the banter, there’s the music of course, which is still good and it’s great to see that everyone still goes mental for ‘Nobody Move, Nobody Get Hurt’. I’ll assume that girl who is yelling ‘My body is your body, I won't tell anybody, if you wanna use my body’ at the top of her voice in my ear doesn’t mean it, at least not to me. Perhaps she’s yelling at Keith. 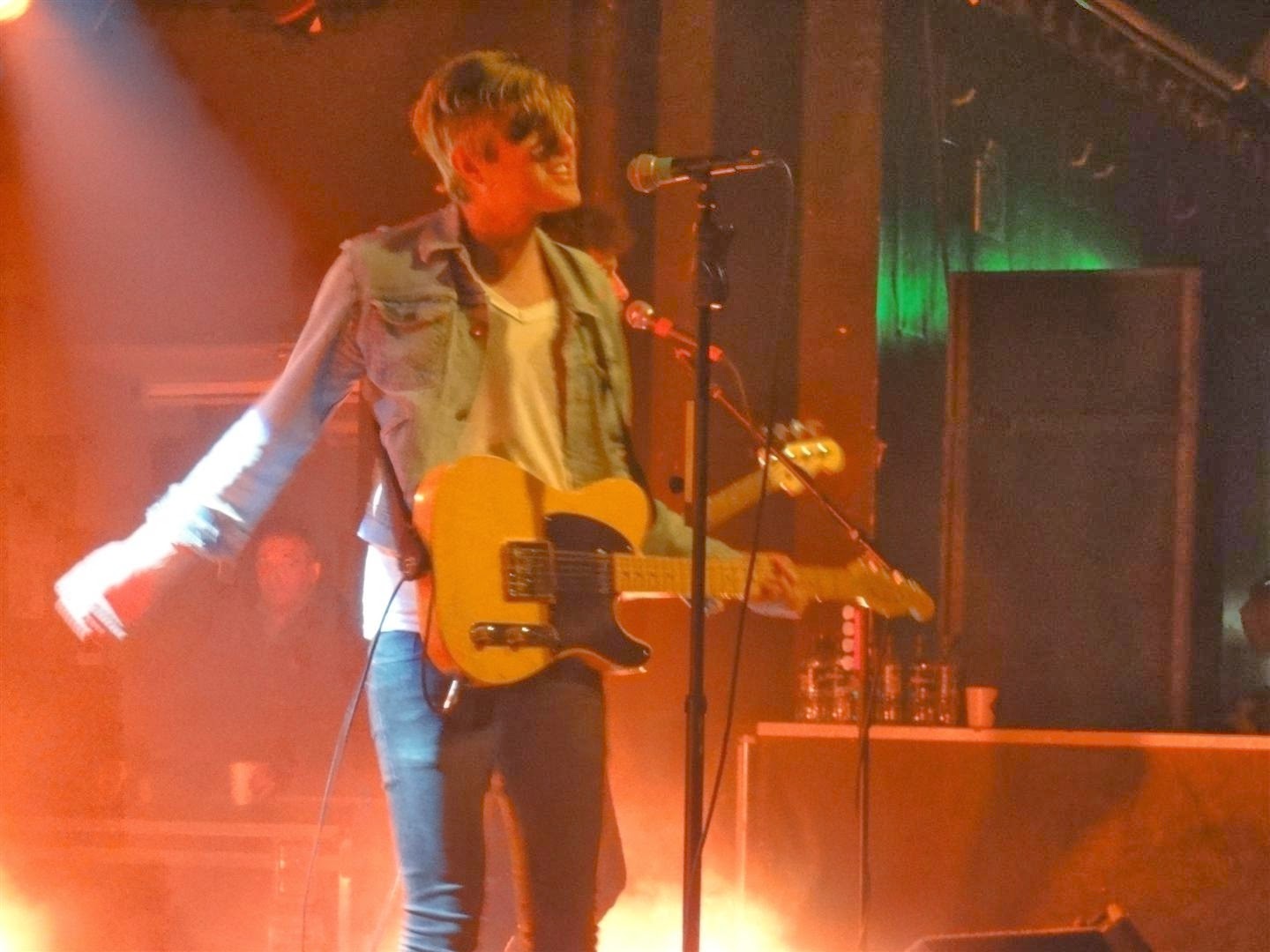 She’d be wasting her time yelling at Keith Murray’s sidekick and bass player Chris Cain. Chris still seems distracted at the thought of Miley Cyrus, who apparently is in the crowd tonight. ‘Scream if you’re here Miley’ he asks and Miley obliges, screaming from all four corners of the venue at the same time. Impressive. This one’s for you ‘Sprinkles’, another of their new tracks.

The highlight, as ever (for me), follows in the glorious ‘Textbook’ from way back as they play pretty much all the big songs you’d expect them to play except for ‘This Scene is Dead’, which is a bit of a big omission but no worries, I like it when bands shake things up and there’s more than enough oldies tonight to keep everyone satisfied.

Highlight of the new material probably belonged to ‘Make It Easy’ which comes in three from the end and then in just over an hour and only 14 tracks they’re rounding things off with ‘It’s a Hit’.

They come back on for a photo with the crowd and Chris dedicates ‘Can't Lose’ to everyone in the audience called Chris... or Miley. 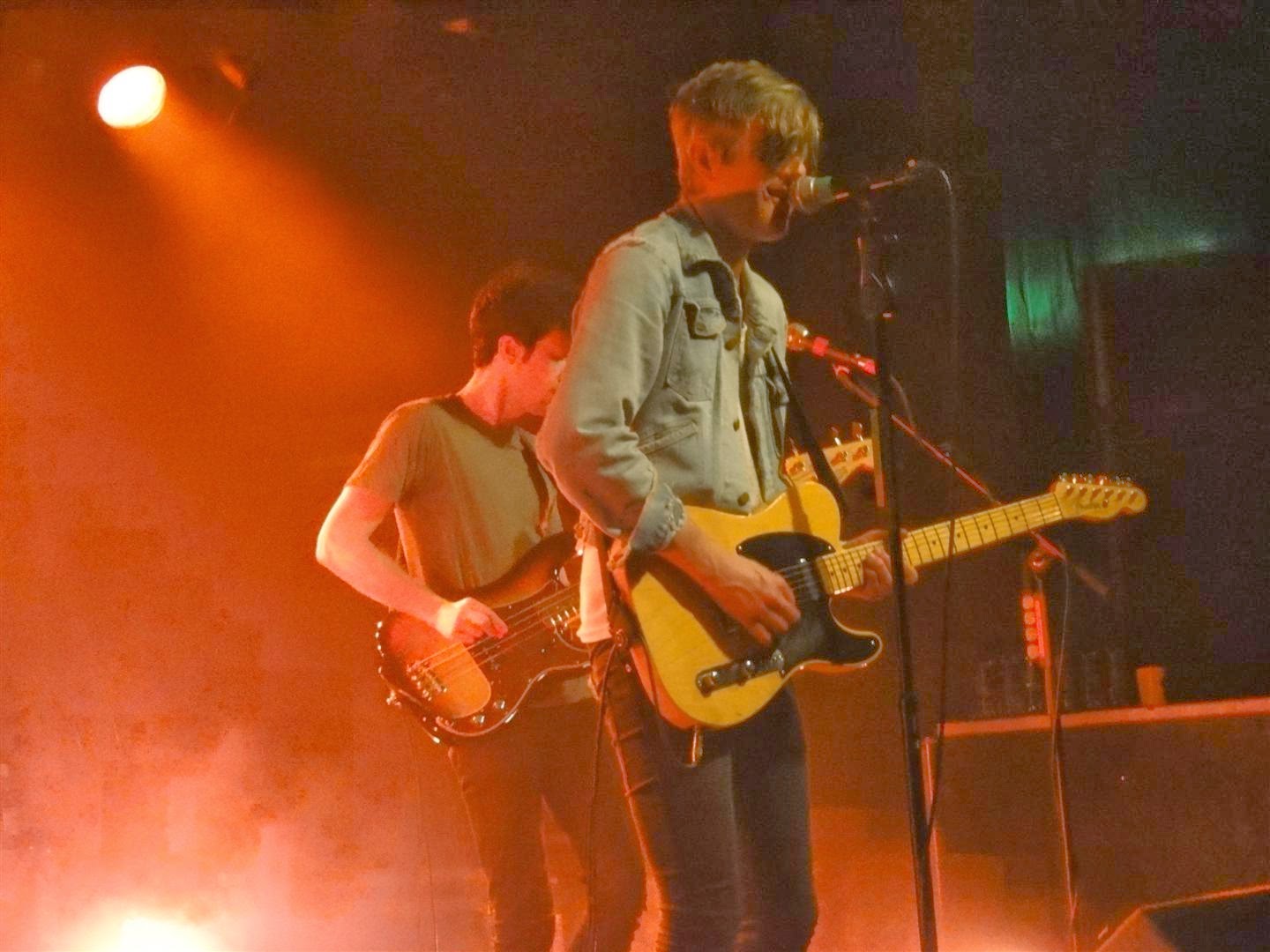 Then I discover that the guy stood next to me on the front row has colluded with one of the bouncers and has got a note up on to the stage where it’s stuck to Keith’s jacket. Keith reads it out and it’s a marriage proposal, not to Keith but from the guy to his girlfriend. Who, as they are both hauled up on stage, replies ‘well I’ll have to now’. That may be a yes.

The night ends with ‘The Great Escape’ dedicated to the happy couple and of course, Miley, who presumably is by now down the front screaming along. Possibly. 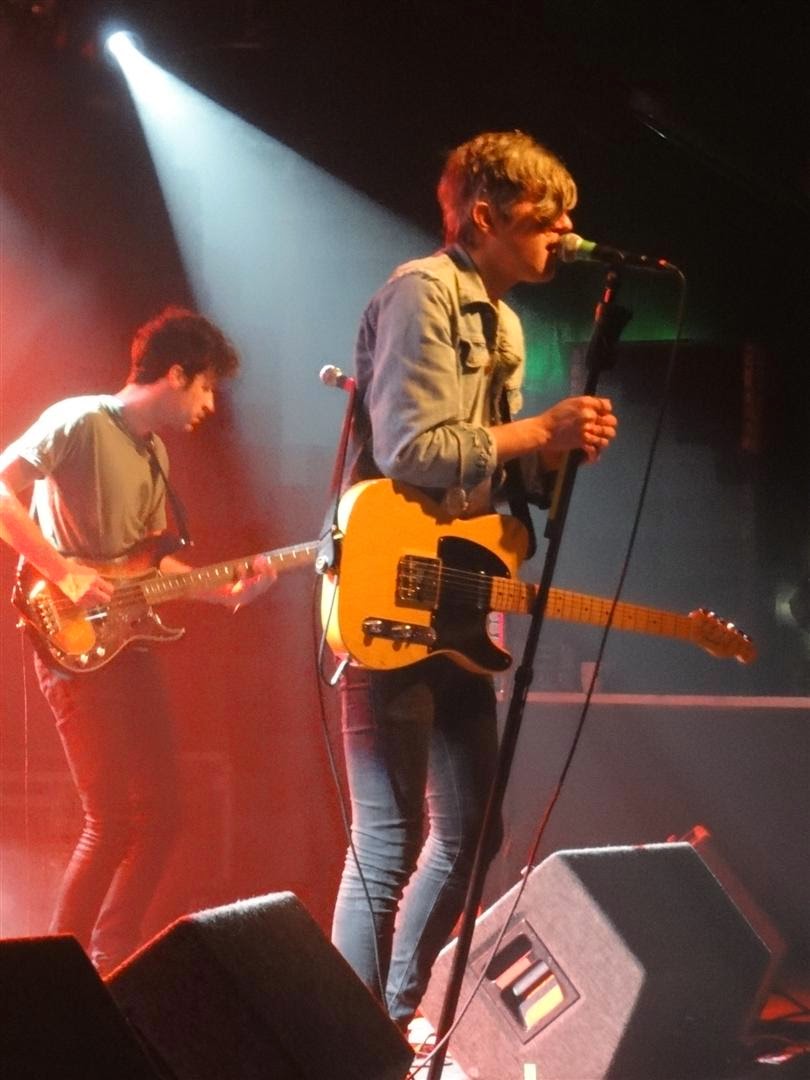 Then they’re gone and all ready to spend their day off tomorrow in Nottingham, the lucky people.