Down A Pot Hole In The Derwent Valley

Today I’m competing in the Derwent Duathlon which starts from the Fairholmes Visitor Centre in the Upper Derwent Valley, Derbyshire. It was bloody foggy as when we left Nottingham at stupid 0'clock but by the time we were up in the Peak District visibility was almost perfect.

This is a duathlon with a difference; the two run courses are very different. One is 4.5k of fell running, the other 6.5k of mainly road running. You have to do both but in which order is your own choice. As we start and hurtle down the hill to the decision point the field seems almost equally split on which one to do first. I go fell first, certainly not fancying climbing hills on tired legs.

The fell course is narrow and because the field is still tightly bunched a lot of walking is involved, which is fine with me. This I realise is not the best option if you wish to win. To win I guess you must do the road first, so that you then get a clear run at the fell section with the field more spread out.

My calves screamed at me on the uphill sections but thankfully they didn't give up the ghost and 26 minutes later I’m back in transition.

The bike course is hell, there's no other way of describing it because the road was riddled with pot holes. Big tip - don’t bring your best bike, like I had. The organiser had marked the biggest ones with cones but the unmarked ones were still capable of doing damage.

One pot hole knocked the ‘sender’ for my bike computer into my spokes and I had to stop to disentangle it. Then a road wide crevice appeared and although I lifted my front wheel over it, my back one hit it at speed causing my rear tyre to explode. So I had to stop and fix that.

Then once I was up and riding again I hit another one. This time something went on my back brake leaving it locked against my wheel rim. So I had to stop again, this time opting to disable the brake completely.

Finally I got lap one of two over, threw my punctured tube towards L and set off on lap two. I had thought of aborting at this point and going straight on to the run but this is supposed to be hard training after all. I just didn’t bank on this sort of hard.

I was well down the field but able to reel a few in. Thankfully by now I knew where all the pot holes were.

The road was also now full of walkers, other cyclists, families with kids, kids on bikes, kids on scooters and a group of mountain bikers coming straight towards me with no intention of giving way. This combined with the poor state of the road had already caused most competitors to back off and give up on racing hard, although I doubt the ones at the front did.

I got through it and went off on my road run, which was thankfully uneventful. It was also nice to see that the finish wasn’t back up the hill where the start and transition were. I crossed the line relieved and in 69th place of the 94 who finished. There were 9 DNFs.

It wasn't pleasant at times but was sort of good fun. It is potentially a great event and if the road is tarmaced by next year, as it is rumoured it should be, then it could be bike friendly too. The main thing today was to get some training miles in and that was certainly achieved.


Later at Quad in Derby, Scarlett Johansson is feeling a bit alien in Glasgow, which is understandable. We all do. Glasgow, although a place I like, is a bit like that. The thing is in this film by Jonathan Glazer from a novel by Michel Faber she really is an alien. 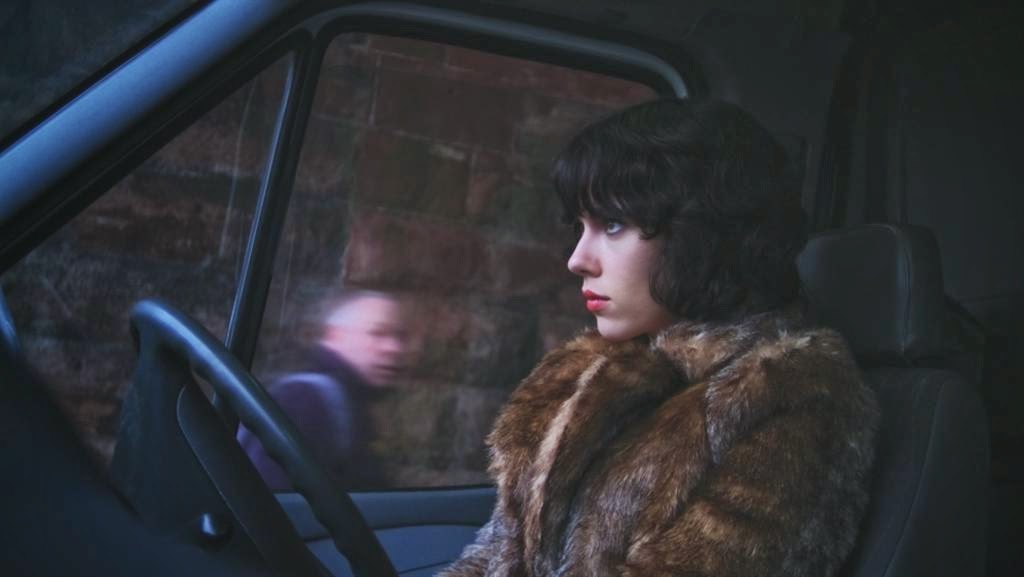 Johansson (as Laura the alien) roams the streets of the strange, unfamiliar world that is Glasgow in a white van. Occasionally she stops and asks men who are walking home alone (oh the irony) for directions, before offering to give them a lift. Once in the van she engages them in conversation and flirts with them before luring them back to her run down abode where, entranced by Johansson, they strip off their clothes while following her disrobing figure. 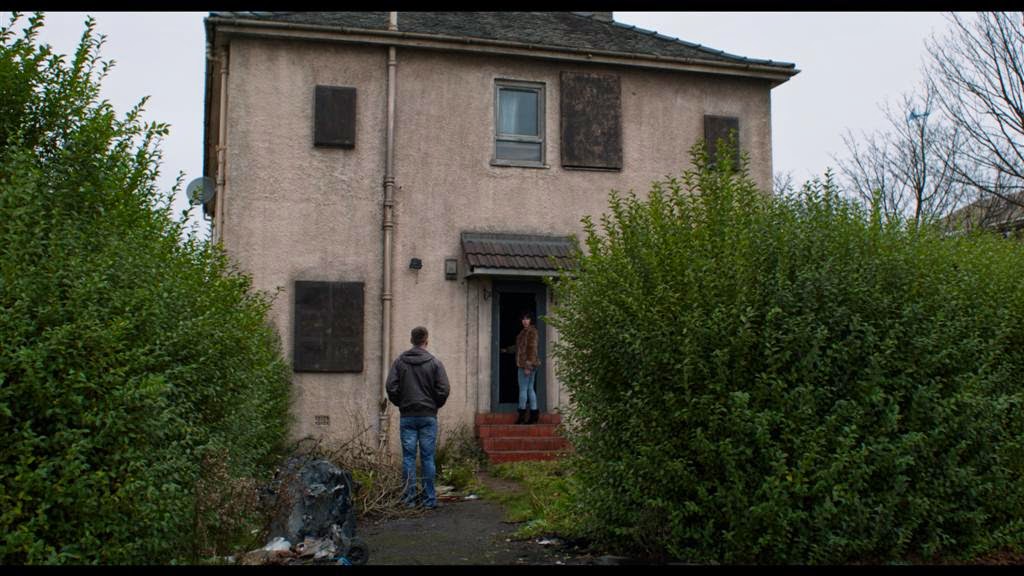 Yet they never reach their goal, her, as they disappear beneath her bedroom floor, where they remain trapped until they get their innards sucked out. Which are then presumably sent back to her home planet. Our alien is completely remorseless about her task and shows no empathy for her victims, who think it is their lucky day and they're going to get to shag Scarlett Johansson. 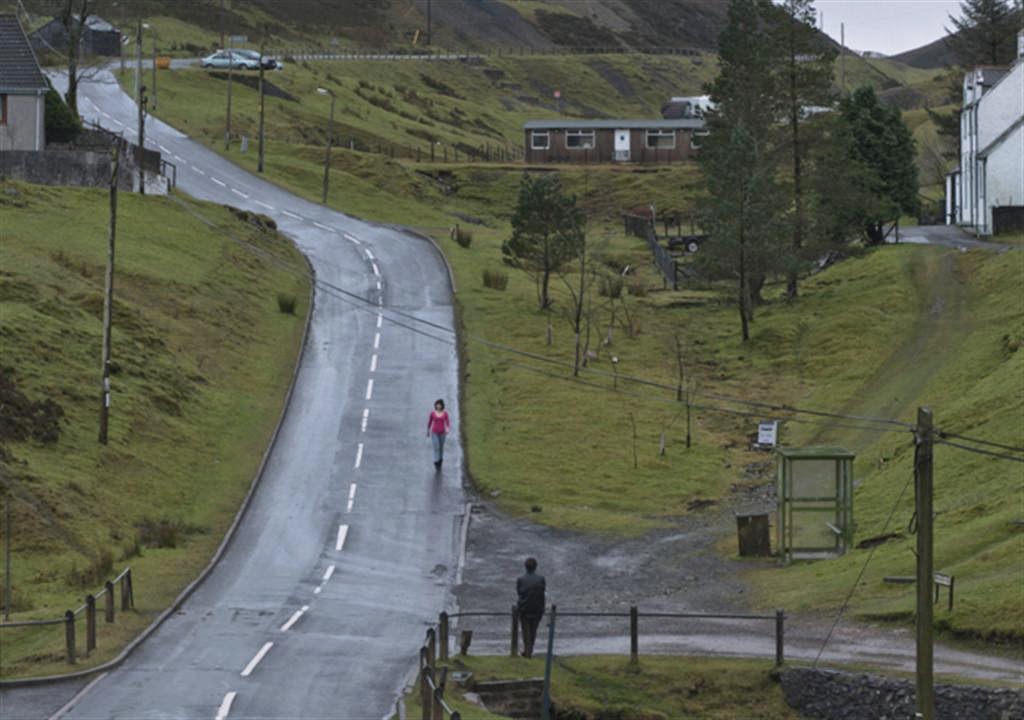 She attempts to save her target, the surfer, yet leaves the others and also ignores their abandoned young child who is left screaming on the beach, left to swallowed by the incoming tide. Our alien has no understanding of the situation.

In time though, she does seem to develop a morality about her actions. After seducing a disfigured man, she lets him escape and then attempts to escape herself. Running from the purpose she was sent here for and from the men on motorbikes who watch over her. 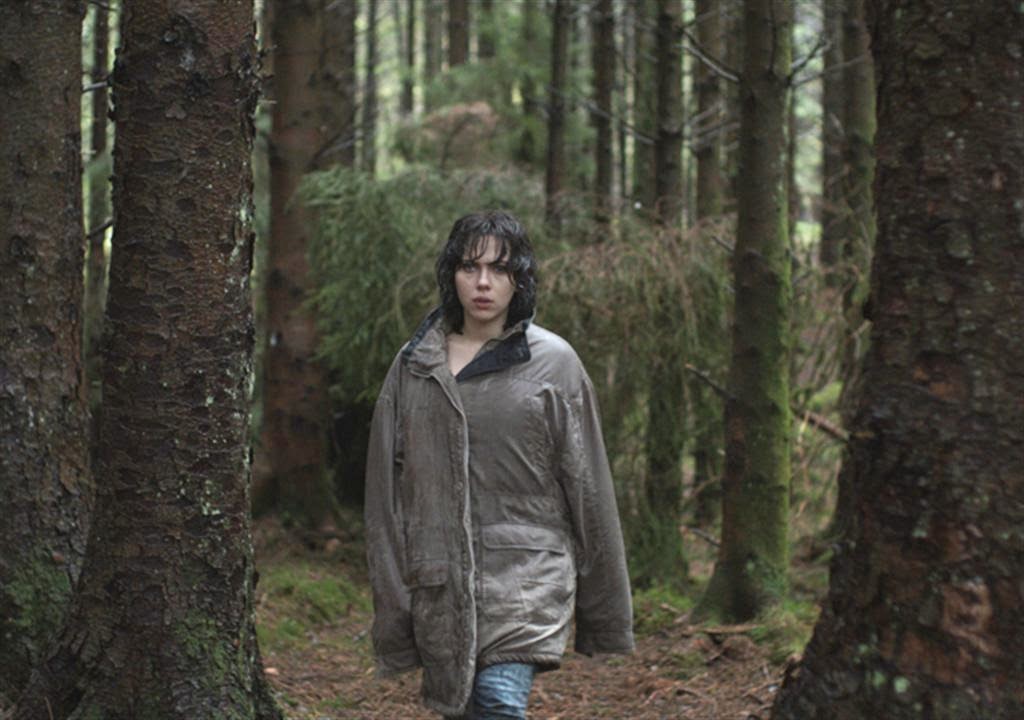 Whilst on the run in the countryside, she is befriended by a stranger. He still wants to get physical with her, of course, as does a worker in the forest, although in a more forceful manner. Suddenly the hunter has become the hunted.

It’s a bit off the wall at times and maybe having read the novel would have helped but I haven't. Yet I was just happy to go with it and embrace the fact that this alien girl (aren't they all) sinks her naked male suitors into the alien equivalent of a shagpile carpet.

Johansson is superb and brave to take on this type of role. She manages to exude a total lack of emotion throughout in such a way that, unbelievably, you kind of sympathise with her.

For a post race/film debrief we end up in the Golden Eagle, where the Titan Brewery doesn't manage to come up with the dark Stouty goods this time. So we move to the Silk Mill, which certainly does.