Today we get the train down to London but as usual the barmy ticketing website has done something barmy and issued us with tickets that aren’t together. Luckily there are loads of unreserved seats so we just sit elsewhere, which just makes you wonder even more what planet their system resides on.


We flash our new sparkly Oyster cards at the Underground and head over to Stratford, where we seek out our shady hotel, which is called Lodge 51.


From there we find a real ale bar called Tap East, in Westfield of all places, before we head off in search of the now named Queen Elizabeth Olympic Park. Tap East brew their own beer and craft ales too. Often a byword for expensive and one of them is £9 a pint. I have a half.


Then we thread out way through the building site and the new apartments that current lie empty Marie Celeste like and eventually stumble across the wide (ish) open spaces of the centre of the park.


A lot has gone but still there lay the Olympics Stadium itself, the Aquatics Centre, Copper Box and of course the Velodrome or the Lee Valley VeloPark as it’s now known. 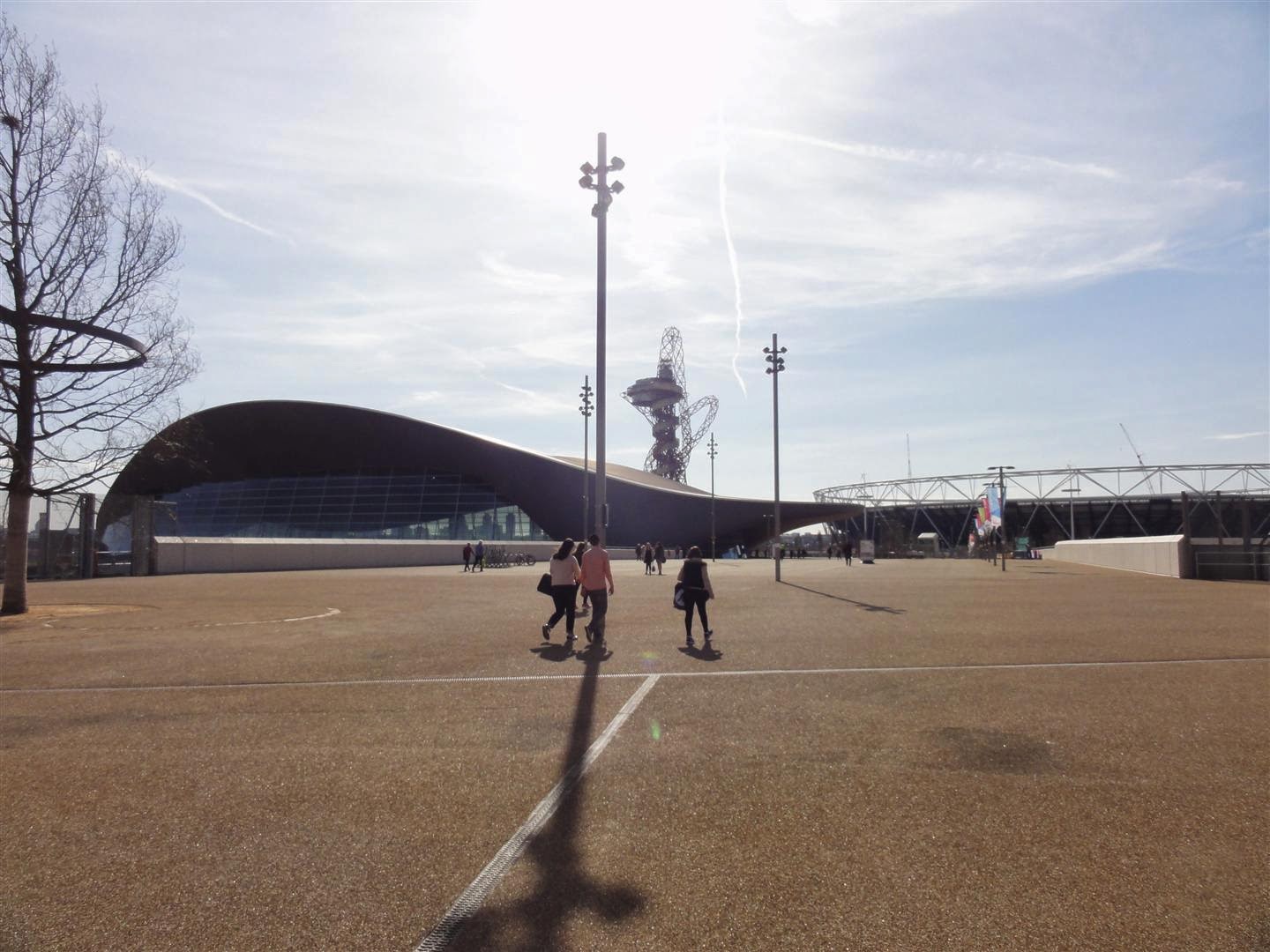 Which is mightily impressive up close. Externally, at least, it certainly puts our new velodrome in Derby in the shade because that just looks like a tin of beans.


I’ve never been to the Revolution Series before, despite it being homed in Manchester, because, well, it’s not the real thing. It’s the cycling equivalent of a football friendly and that is reflected in the racing tonight. Obviously everyone wants to win but it’s not the end of the world if they don’t.


Unless you’re Laura Trott of course, who wins everything she enters but there’s a sneaking suspicion that her Wiggle Honda teammates were looking out for her rather than trying to win themselves.

Afterwards we hop back on the tube and try out a recommended pub in Leytonstone, The Red Lion, which serves a decent pint of porter. I have thirds.