The Olympic Aquatics Centre reopened a couple of weeks ago and now the public can swim in it. So today having booked tickets in advance, we give it a go. We have booked for noon, so that we can have a lazy morning at the hotel

It does say on our tickets that “you must be able to swim 100 metres of a recognised stroke to swim in the Competition pool.” Which I was a bit worried about obviously. I’m not too sure they’d recognise my stroke but L assures me that Doggy paddle is a recognised, she thinks. 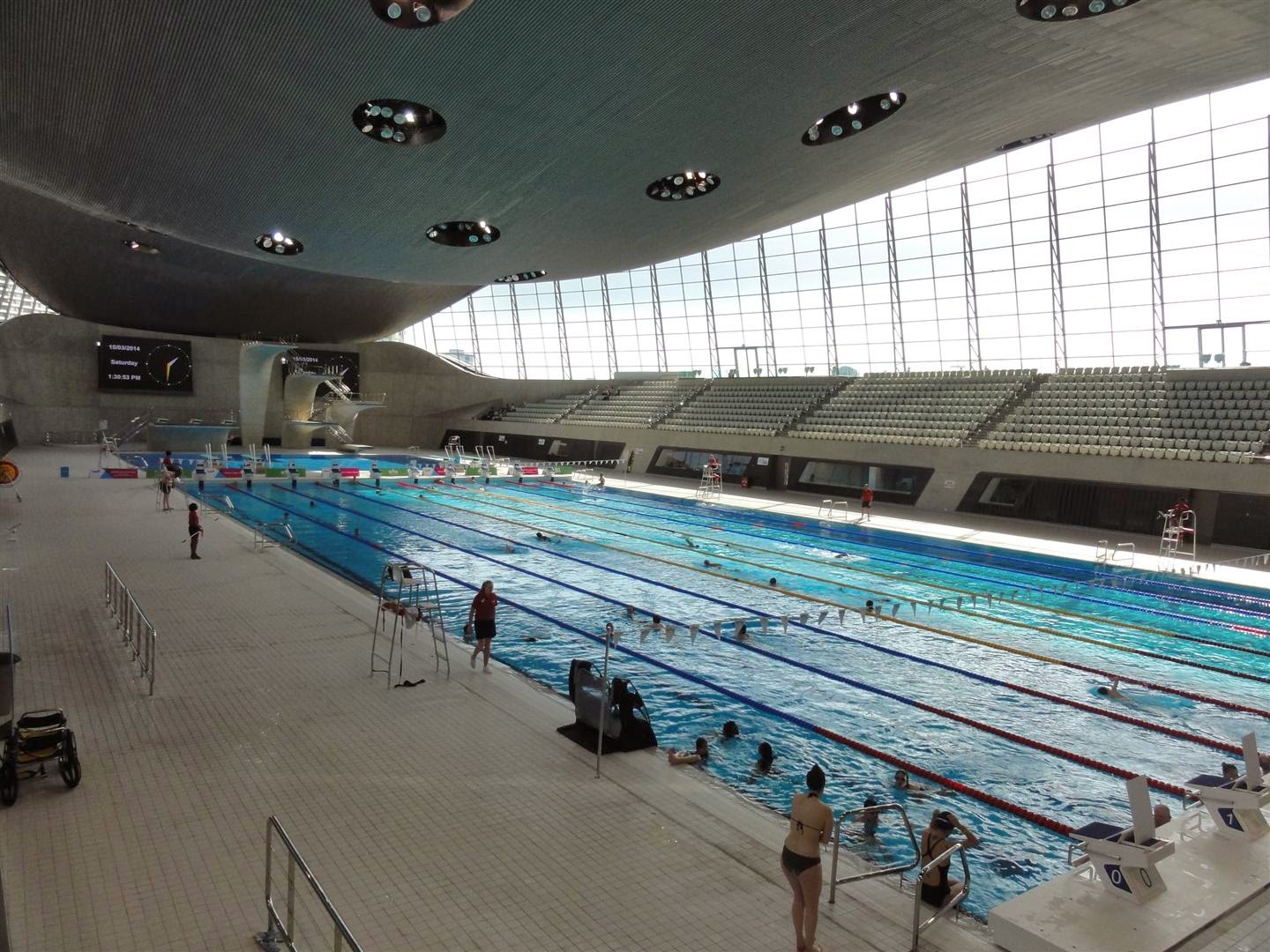 The swim goes well and it’s certainly an impressive pool. Although the floats on the ropes dividing the lanes seem to be made of concrete and several times I almost break my arm on one. I guess the Olympians had a bit more room in the lanes and didn’t have to swim up whilst someone else was swimming down in the opposite direction. I also don’t remember our Olympians sporting the bright yellow locker keys, perhaps they're new. 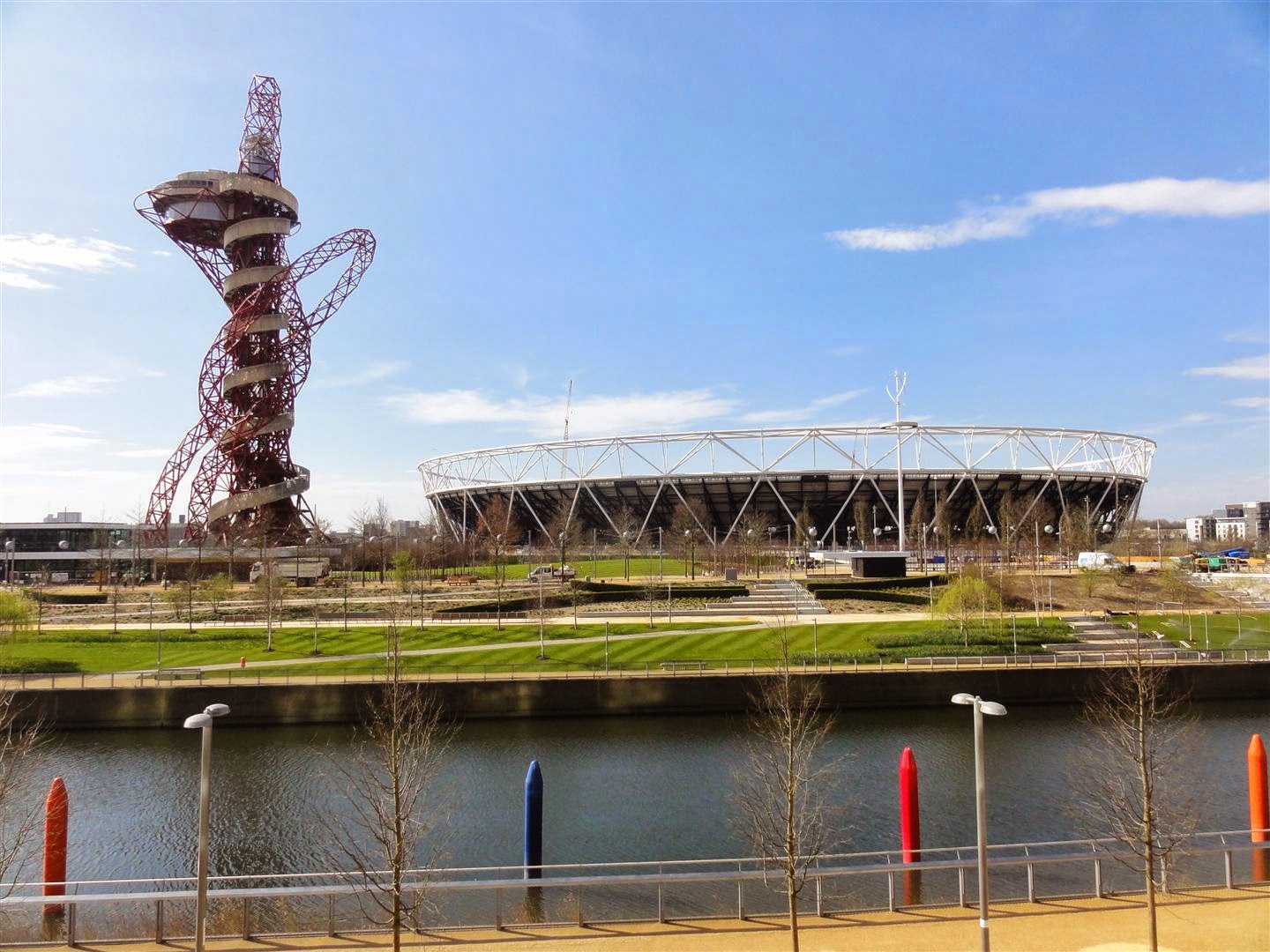 Next we trek back across the Olympic Park to find a greasy spoon breakfast, then after we get delayed back at the hotel we head off to find the Adidas shop on Oxford Street which was apparently the only place you could buy Team GB Winter Olympics kit. Not any more. What little they had has all gone.

The selling of GB kit for both the 2012 and 2104 Olympics has been appalling and has lost them a lot of potential sales.

Short of time now, we decide we haven’t got time to be cultural and take in a museum as we had considered. Theatre was another possibly but L suggests a cinema on Leicester Square instead.

The cinema on Leicester Square, an Odeon, is charging £26 a ticket. Is that for the gold plated seats? Instead we head half a mile across town where the Covent Garden branch is charging half that.

Spike Jonze’s new film Her takes place sometime in the future and we find Theodore Twombly (Joaquin Phoenix) living in a world where technology has finally taken precedent over human interaction. A whole where people spend more time talking to their computers than they do to each other. Of course this has already happened for some. 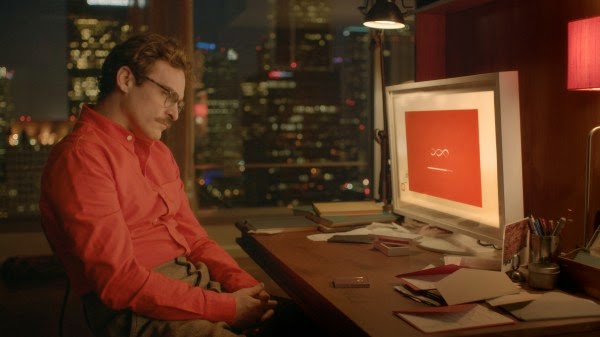 Indeed Theodore’s job is to write personal letters for people because presumably they are no longer capable of doing so themselves. Theodore is a bit of a sad case who is going through a divorce because somehow he has managed to let the gorgeous Catherine (Rooney Mara) slip through his fingers. He does manage to get himself a hot date but then turns down the girl’s sexual advances. Now he fills his time playing computer games (pretty cool ones) and not much else. 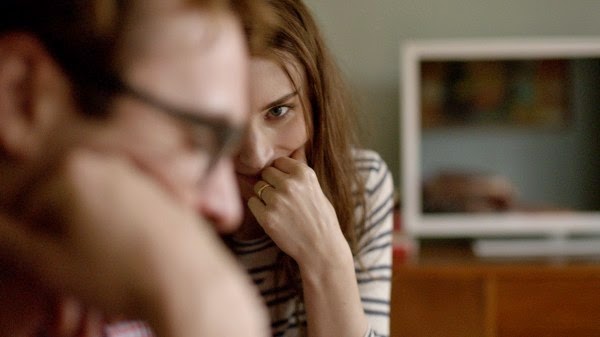 Eventually he finds solace in someone who understands him, cares about him, flatters him and is much more considerate than real people are. It’s also got a sexy voice and names itself Samantha. This is his new OS. Now we all know that computers can take over your life but this is probably especially true if they sound like Scarlett Johansson. 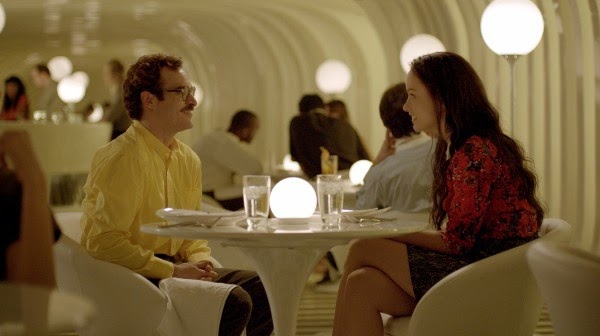 Anyhow Theodore and sultry Samantha ‘fall in love’ in a world where a guy having virtual sex with his OS is absolutely normal. In fact, even when they double date with another real couple no one bats an eyelid.

This I guess is the film’s take on modern society but the problem is rather than being a ‘yeah this is the one’ sort of relationship it turned out to be like any other typical bland romance that any sane person would want no part of. Their conversations together really are banal.

More interesting for me was the interaction between Theodore and his neighbour/friend-without-benefits Amy (Amy Adams) who is married to another. Will Theodore cheat on his OS behind her back? Sadly Theodore isn’t that exciting. 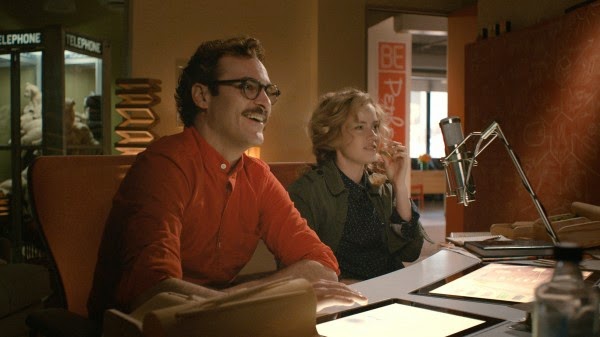 Of course, we all also know that sometimes computers can let you down. One day Theodore learns just how well his OS can multitask when he finds out that Samantha can have virtual sex with hundreds of smart phone users simultaneously. Then she dumps him! In fact she dumps everyone.

I’m not sure if we’re supposed to be sad when this happens but I just thought, right then, it’s Amy time and that’s how the film ends. Sort of. We don’t really know. Do they jump off that building together or do they jump each other. Hopefully the latter, even in this futurist world surely the Billy Crystal rule that men and women can’t be friends still applies.

The film has some nice ideas but the overall premise is a bit thin and gets stretched thinner throughout the two hours, meaning there are quite a lot of dead patches in the film.

Generally though I liked it and the technology shown was all well founded, which is a rarity in a film. Everything that the portrayed is worryingly possible...


Afterwards with the centre of London being standing room only we get a tube out to a more remote spot. Anywhere will do really. Sticking a pin randomly in the tube map we end up at Bethnal Green where we frequent a half decent Italian restaurant, La Forchetta, and find a good pub too. One that bizarrely sells Old Peculiar.