I emerge from our tent in Peterborough’s Nene Park at not long past 5am to go register for today’s ECF Monster Mojito Triathlon and collect my shocking pink t-shirt. Not sure that’ll get worn much.

At 7am the serious guys doing the Mojo, the half iron middle distance race, start. This is over the distance I will race in three weeks time at the Half Outlaw. Today I am doing the Olympic distance Mojito instead. Just a 1500m swim, 23 mile cycle and a 10k mile run then.

Half an hour later we start. In theory I shouldn’t be able to drown because the water is only four feet deep. The safety briefing says if we get in trouble, stand up. Good advice. That is if it wasn’t for the weeds, which as I stand awaiting the start come up beyond my knees. 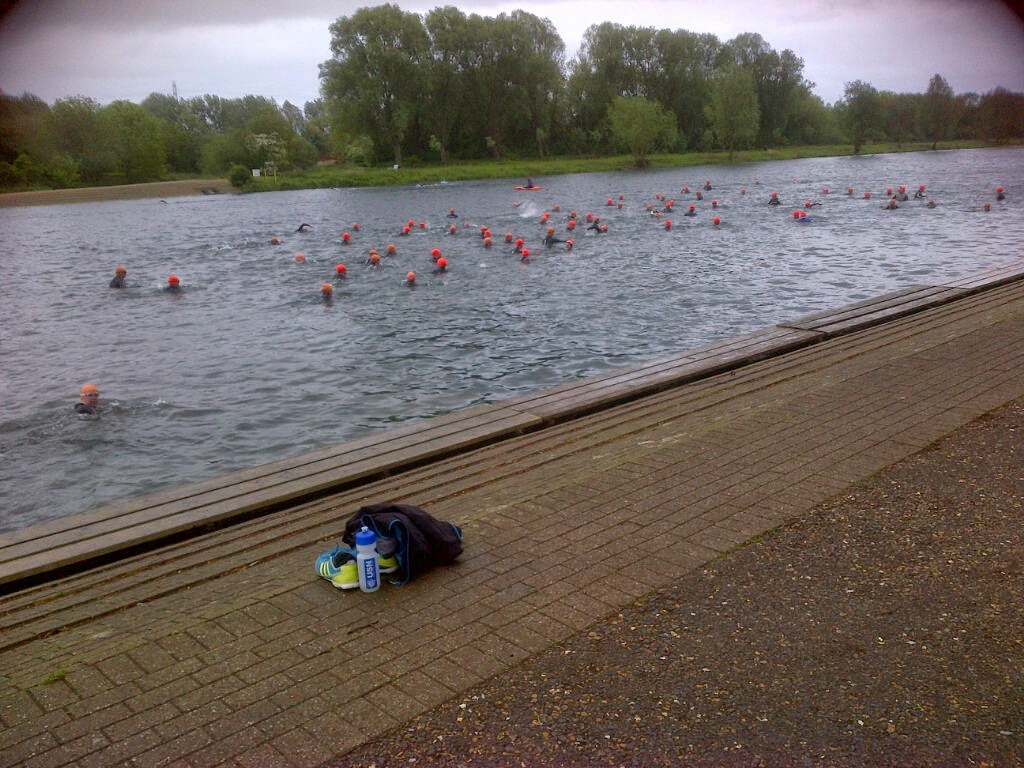 Once we’re off, the weeds are constantly trying to disrupt my doggie paddle, grabbing at my arms and legs, trying to suck me down into the four foot depths of the lake.

Doggie paddle and breast stroke is about as good as it gets for the first 750m as I struggle to catch my breath in the cold water and get anything approaching a recognisable stroke going. Once around the half way buoy and turned for home, I finally sort myself out and discover a stroke called front crawl. 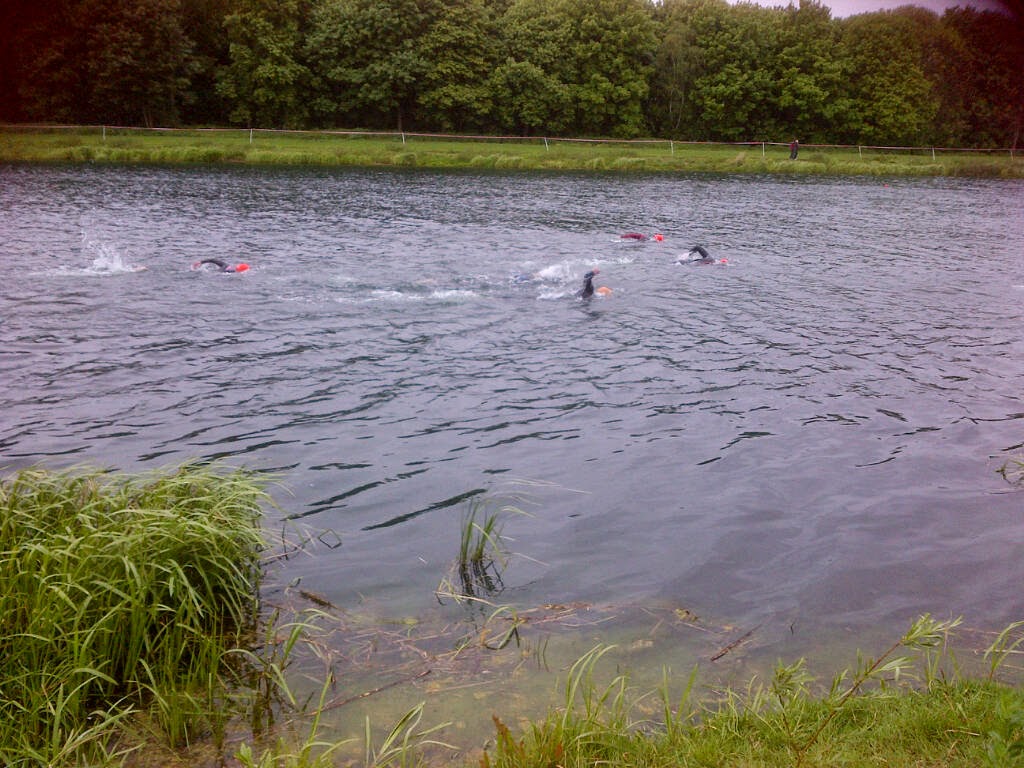 I emerge from the water in just under 35 minutes. A slightly tardy three minute transition then follows as I put on extra kit for the bike leg. The bike is good fun and I even put my new aerobars to decent use. The only problem is my feet, which emerged from the lake resembling blocks of ice and they do not thaw out one jot whilst cycling.

This means that 83 minutes later I am trying to force these frozen stumps into my running shoes before attempting to hobble around two laps of Nene Park on them. The feeling does come back to them at some point and I really find the run quite easy, which is encouraging for the Half Outlaw, where I have to run twice as far, although after more than double the bike distance.

After a bit of refuelling, a hot dog and coffee, we’re heading home with L driving. We are home in good time to chill out a bit before the second stress of the day. The second leg of the Play Off Semi Final. No need to worry though, Derby coast home beating Brighton 4-1 on the night (6-2 on aggregate). Wembley here we come. ah, it’s never dull being a Derby County fan, well apart from the last five years.

So there's no need for extra time or penalties and I’m back in Nottingham in plenty of time to meet L in the pub. We pub crawl Canning Circus visiting the Borlase, the Falcon, the Hand & Heart and the Ropewalk. Those nice Pink Monster people even email me the results to digest over a pint.