With the train looking very expensive my Dad and I drive down to Wembley, park at Watford for £2 all day, then get the Piccadilly line into London. Although the M1 is a nightmare and one big queue from Leicester down to the M25. It is also a sea of black and white scarves and flags, hanging out of everyone’s cars. A slightly sodden black and white as it rains all the way down.

We meet L’s sister at Harrow on the Hill and we grab a pint in the local Wetherspoons, where we are massively outnumbered by QPR fans. All very good natured QPR fans though.

We jump back on the tube to Wembley and wander down Wembley Way stopping at one of the local dining establishments on the way (burger van). Then after a bit of a queue at the turnstile, we’re in. 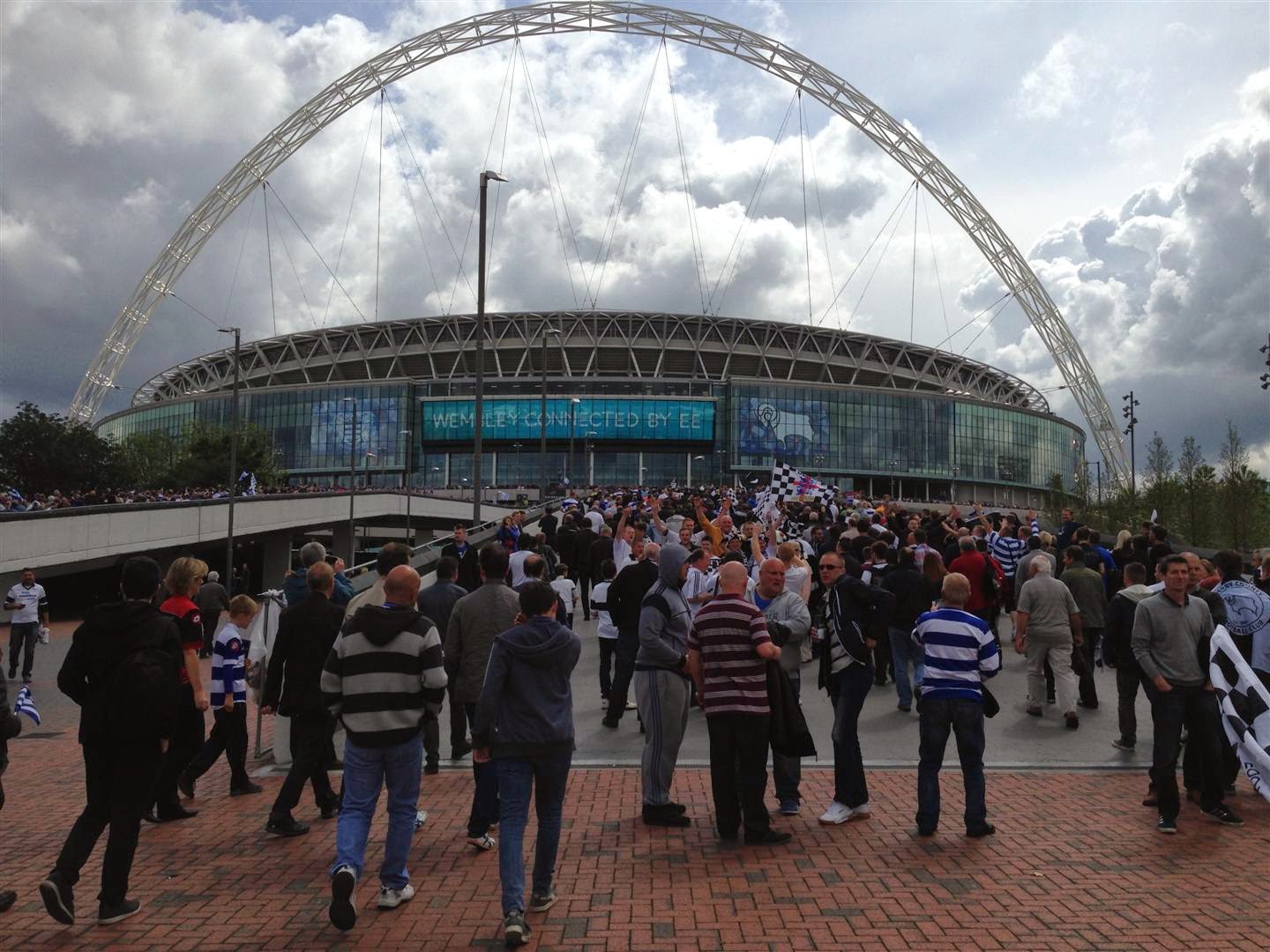 Son texts me, to say he’s here as well. Blimey, he kept that quiet. 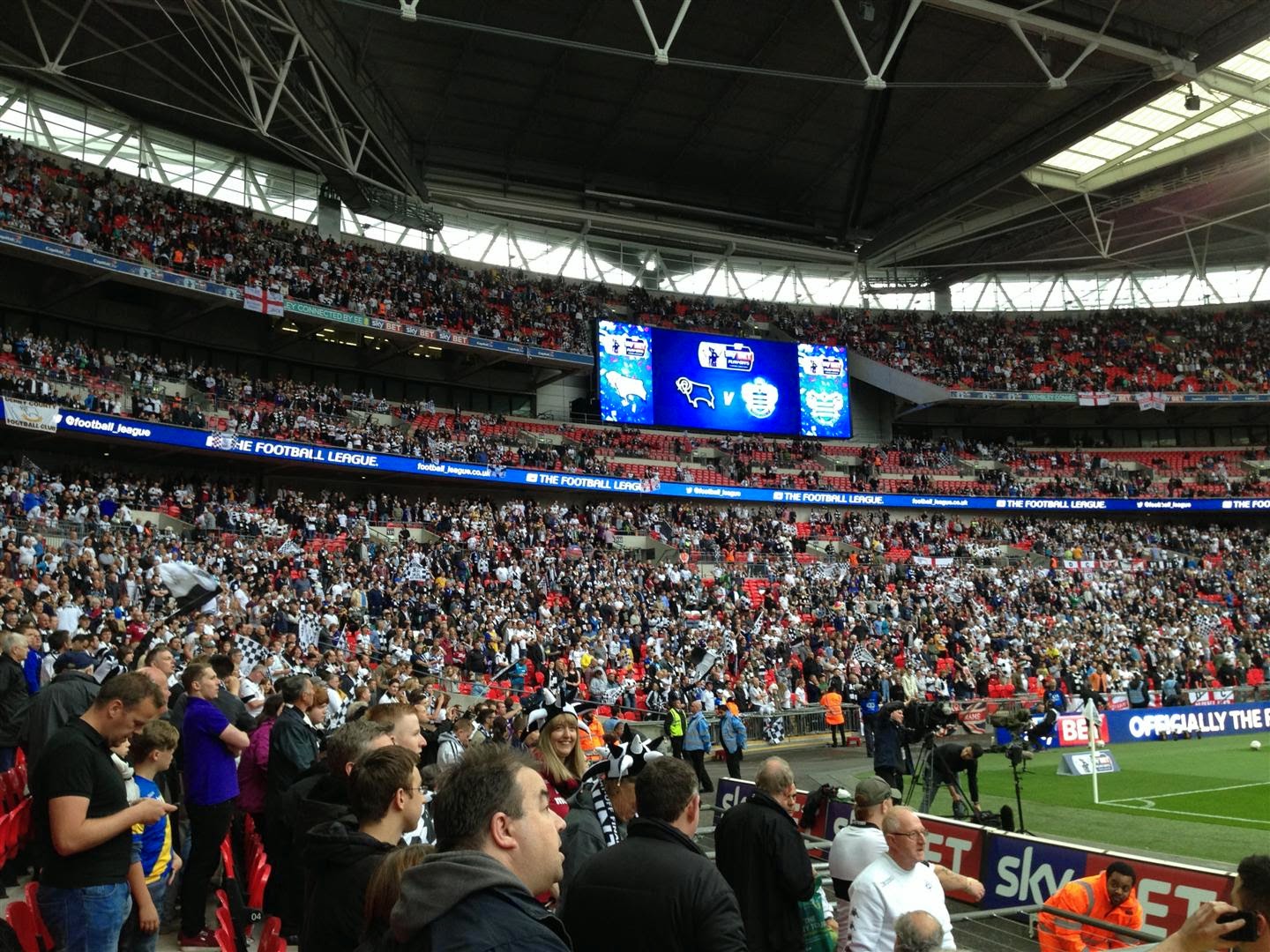 The match itself is a very cagey affair at first but gradually Derby take control and by the time the second half starts there’s only one side who’s going to win it. Derby spend the entire half camped in front of QPR’s goal and also right in front of us. Then just as Jonny Russell is about to put us ahead his legs are whipped from under him and QPR are down to 10 men. It is outside the area, so no penalty and still it stays scoreless. 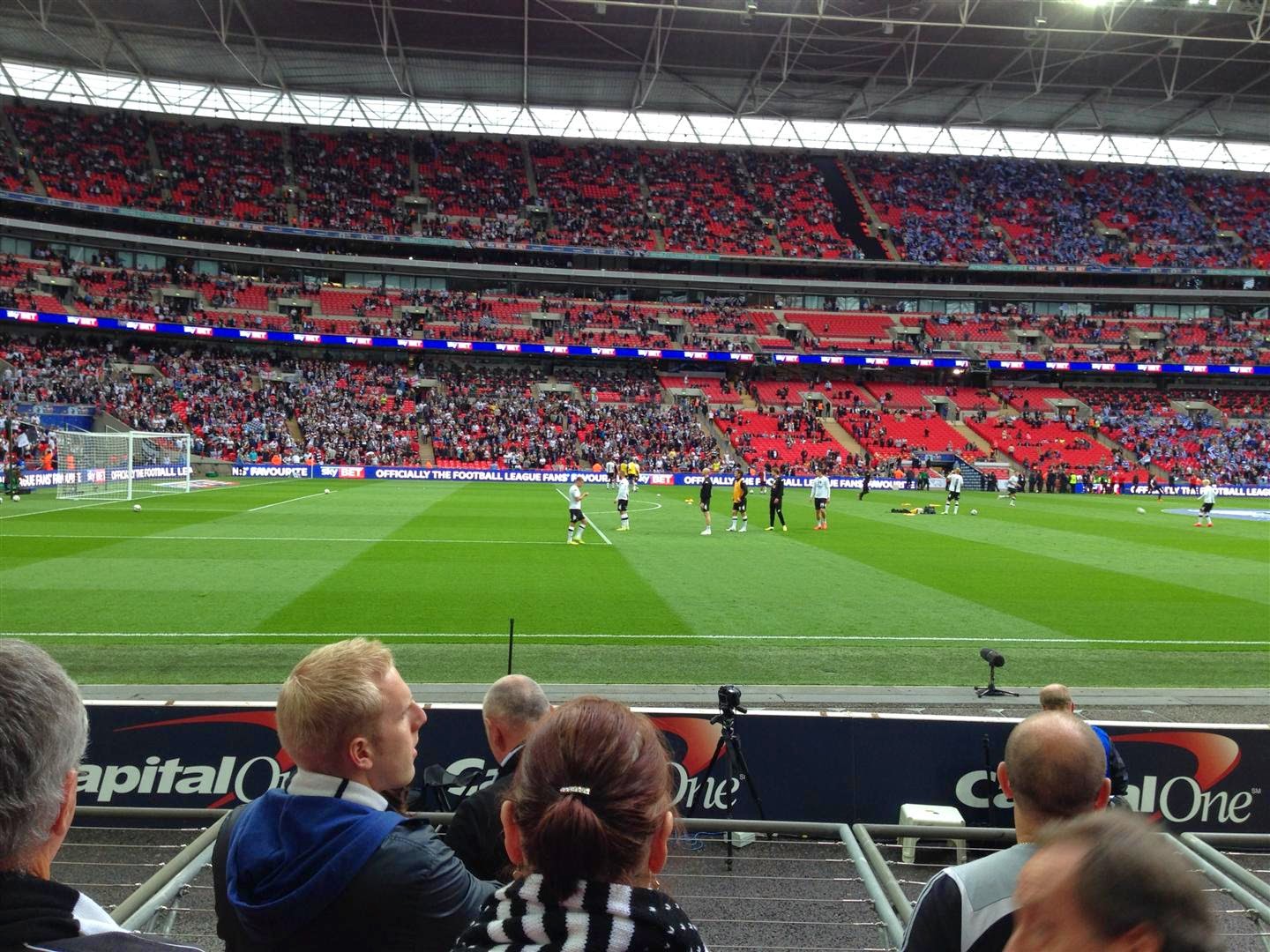 We hit the post and Rob Green in the QPR goal makes several fantastic (out of character) saves. The winning goal is clearly on its way but with time running out it looked like we were going to need extra time to get it. The stats say it all - 58% possession, 14 corners to 1, 16 shots to 11, 5 on target to 1.

Ah, and that one QPR shot on target didn’t come until the 90th minute but sadly, it went in. Cue disbelief, injustice and total pandemonium down the wrong end of the stadium. The QPR fans simply couldn’t believe their good fortune.

Oh well, we’ll just have to do things the proper way and go up as champions next season.

This has, easily, been the best season in eons. From the moment McClaren took over, bizarrely half way through the Ipswich game with the team 4-1 down at half time, everything has turned to gold. On that day, somehow he rallied the troops, tweaked the team and delivered a 4-4 draw. Since then we have moved from 14th in the league to 3rd and have outscored everyone else along the way. Next season could be even better.

L has been in Sheffield all day and we rendezvous back at home, where we tuck into a consolation curry.