I find out today that Nottingham are hosting the British Short Track Speed Skating Championships. No great surprise there I suppose as Nottingham is where the GB team train but it hasn’t been promoted at all and it turns out all the sessions end mid afternoon. So not very spectator friendly. I would certainly have gone if it had been organised better particularly as I have a free day now the dog show is off.

Something that has been heavily promoted and I had dismissed as I wasn’t free was the Milk Race. Now I am free I forget about it completely until we head into town, to find it’s all over. While in town we bump in to many Dot-2-dotters, something else I had forgotten about. Dot-2-dot is a music festival held across many venues in town and all on one ticket.

We have a few beers in the Falcon before heading to Broadway to see The Two Faces of January, which is based on the novel by Patricia Highsmith.

Chester MacFarland (Viggo Mortensen) and his wife Colette (Kirsten Dunst) are touring the sights of Athens when we first meet them. They appear to be a normal-ish couple, affluent and with a largish age gap between them but seemingly happy together. 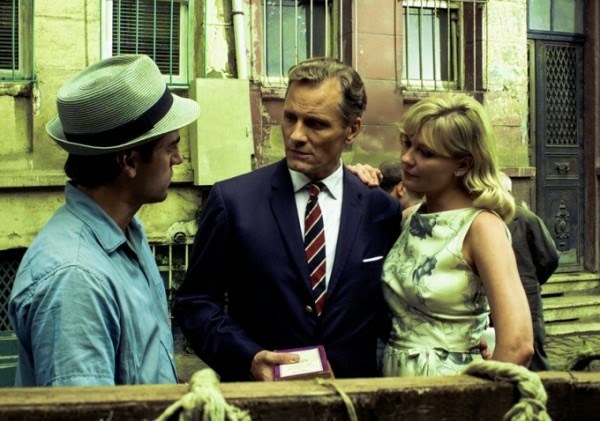 They meet an American tour guide called Rydal (Oscar Isaac), who makes most of his money scamming tourists. Rydal sticks with them, thinking he’s found another rich and easy target. Along with the fact he clearly likes the look of Colette and hopes there might be some fringe benefits in that direction as well. 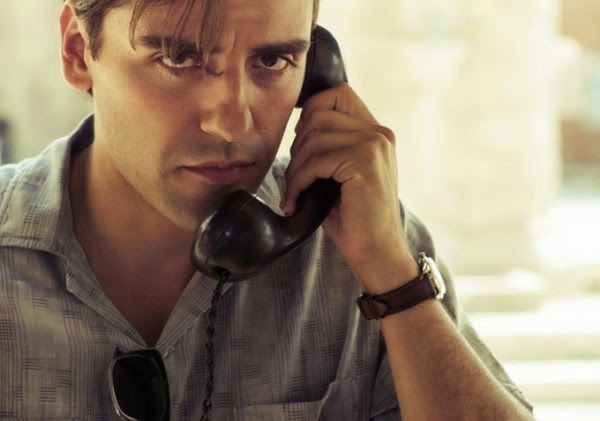 Rydal quickly finds out that he just a small time crook compared to Chester. Who is mixed up in something far dodgier and more lucrative. When someone comes calling to get their money back, they wind up dead and the MacFarlands suddenly end up trying to flee the country. 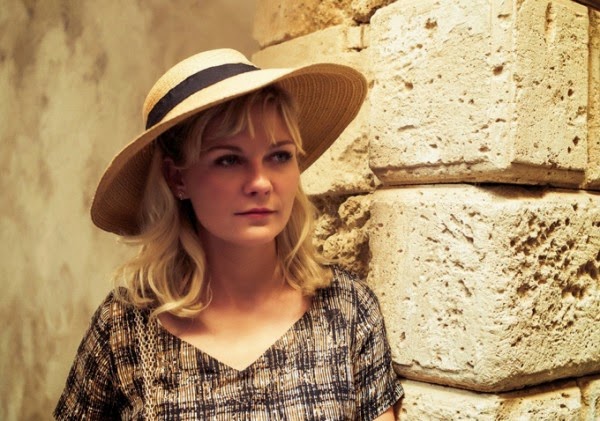 Now lured by prospect of even more money and of Colette of course, Rydal decides to help them. He knows someone who can get them new passports and get them out of Greece. 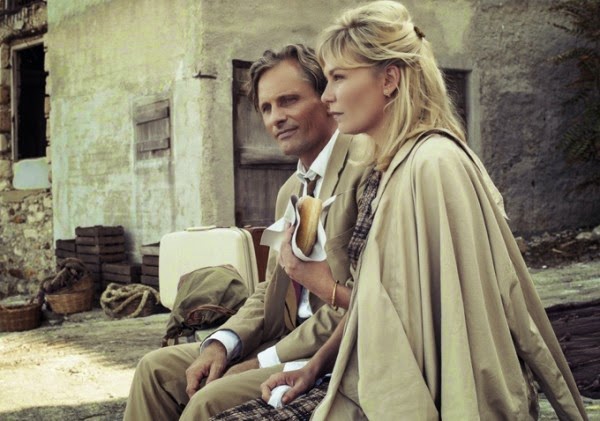 It’s a promising setup with three promising characters. Rydal doesn’t trust Chester and Chester certainly doesn’t trust Rydal. We get treachery upon treachery and double-double-dealing but the interplay between them just doesn’t quite stack up. The relationship between Colette and Rydal is undeveloped and in the end the plot resolution is far from convincing. Still the acting is good and the film moderately engaging. Not bad.


We debrief in Brewdog which we finally manage to get into for a change and hit some seriously strong beers.