My second parkrun today at West Park, Long Eaton and the first one to be officially recognised by the authorities. Cherry popped. Again it is in the accompaniment of MD on a much more dog friendly course. L heads off to Pilates to celebrate or whatever they do at these things.

We do a film tonight, Gemma Bovery, at Broadway where we eat and I have to choose between three Nottingham Brewery Beers - Legend, Dolphin 1530AD and Broadway Reel. Which I would swear are all actually the same beer.

'Gemma Bovery' is about a former publisher turned baker called Martin Joubert (Fabrice Luchini) who now lives in the Normandy village where his favourite novel, Flaubert's 'Madame Bovary', was set. When an English couple move into a crumbling cottage in the village and he is forced into early pleasantries when his dog runs into their garden to introduce itself to their pouch (as they do) he finds out to his astonishment that their surname is Bovery. This quickly brings to mind the aforementioned 19th century novel about the amorous adventures of a doctor's wife. 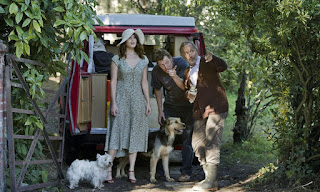 The ex-pat couple are Gemma (Gemma Arterton) and her crushingly dull husband Charlie (Jason Flemyng). As the couple accustom themselves to village life and learn French very well, Martin becomes obsessed with the beautiful but bored Gemma. Hardly surprising really when she spends most of the first half of the film orgasmically sniffing bread in his bakery. 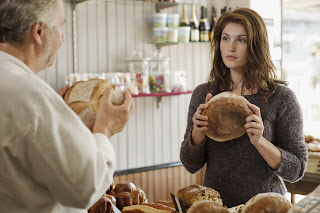 The film itself is based on a graphic novel by Posy Simmonds who also produced Tamara Drewe which you may recall also starred Gemma Arteton and reworked another piece of famous literature in ‘Far from the Madding Crowd’. 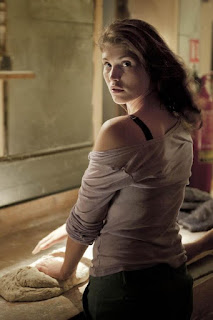 Martin soon starts to believe that her life is mirroring that of the fictional Bovary particularly when he catches Gemma flirting with Hervé (Niels Schneider), a young student who should be revising for his law degree but (understandably) would rather spends time working on his English. He is frequently seen naked helping Gemma relive her boredom although she manages to remain clothed the whole time (must be a contract thing). 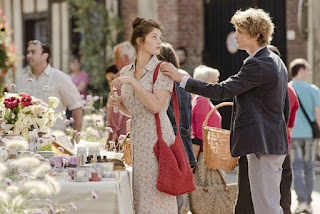 Martin assumes this will all end badly for Gemma just as the book does and he tries to intervene in matters but his help only further complicates her love life as does the arrival of her ex Patrick (Mel Raido).

It is a pleasantly mixed language (English/French) affair with about 80% in French and subtitled. Only occasionally does it descend into cheesy chick flick territory such as when Gemma gets stung by a bee and asks her favourite baker to open her shirt and suck the poison out. 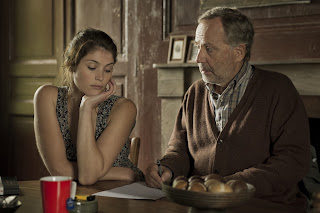 The ending is really quite clever and shot from several angles/points of view, the rest of the film less so but pleasant enough.


The beer choice up in the Borlase afterwards where Lincoln Green’s Buttermuch and Tuck are both on is much butter although not great race prep for my event tomorrow.