I am back at work on Wednesday, just for two days, but it’s cold and a bit too icy to bike. However it is great driving in which takes just 20 minutes rather than the usual one hour plus. Which means more time snuggling up to L, who isn’t going into work at all this week.


In the evening, we see the Greatest Showman or rather PT Barnum reinvented. To cut a not very well explained story short, Barnum (Hugh Jackman) launches a museum of curiosities with the support of his wife and long time sweetheart Charity (Michelle Williams). This is just the latest in a long list of money making schemes he’s tried. It bombs and even their two daughters point out how dull it is. 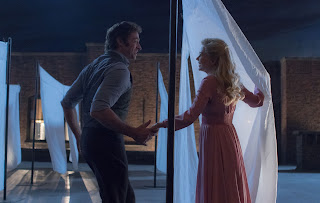 Hence he turns it in a circus of ‘freaks’ or rather not so elaborate hoaxes. In which he is aided by the financial clout of Phillip Carlyle (Zac Efron) who invests in Barnum’s venture for reasons that aren’t made very clear. 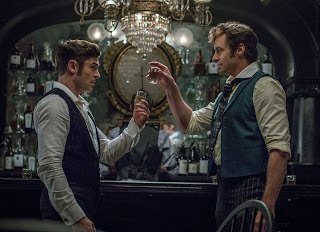 Their circus causes an uproar but a popular one with it’s dwarves, giants, bearded ladies etc. Barnum though soon moves on as promoter to Jenny Lind (Rebecca Ferguson), a famous Swedish singer, whom he persuades to tour America. 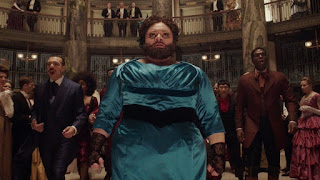 His ‘freaks’ freak out when he sidelines them for Lind, as does his wife, but before long Lind has walked out on him too. At this point, in a decidedly modern day twist, the film turns things on it’s head and Barnum becomes a sort of social justice warrior giving jobs and a voice to the world’s minorities.

Carlyle meanwhile is falling in love with Anne (Zendaya) who is one half of a brother and sister trapeze act who happen, not very sensationally, to be black. For our sins they treat us to a dreadful duet. 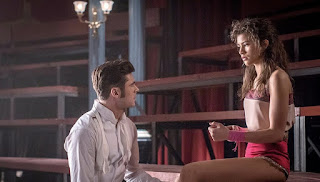 Yes, the music isn’t great. It’s like being stuck inside a long pop video of an artist you (possibly) hate.

You do feel, as with most musicals, that there is a coherent plot in there somewhere trying to get out but I couldn’t find it. I do like having to google the facts behind a film after having seen it. Just to clarify a few points you know but to have to find out the whole story, that's stretching it a touch and there does appear to have been a cracking story about Barnum but this isn't it.

Sadly it seems the world has learnt little from the success of La La Land and musicals have returned to square one. So I’m with the films own critic (Paul Sparks), who didn’t like Barnum’s show either.

They do say that musicals are escapism and yes, I wanted to escape.