This morning both Clumber and Sherwood Pines have cancelled their parkruns because of the high winds, so we play is safe and stay local. Forest Rec is on. Then we debrief in the Jukebox café and before I head to the football. We have a home match at the unusual time (these days) of 3pm.

In the evening we’re at Broadway.

In 1613, a mishap with a cannon during a performance of ‘Henry VIII’ or ‘All Is True’ to give it its lesser known alternative title, burns down the Globe Theatre, and William Shakespeare (Kenneth Branagh) is devastated.

Seemingly with nothing much else to do he heads home to Stratford, to his wife Anne Hathaway (Judi Dench), his daughters and into retirement. 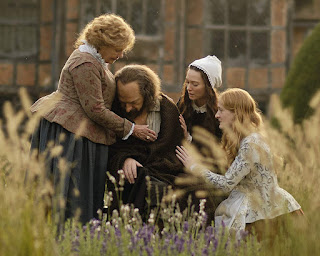 This, however, is no peaceful retreat for our Will as his family aren’t that pleased to see the return of their absentee husband\father and want him to explain what he’s been doing for the last 20 years, and with whom. Well, apart from running than theatre thing, when he should have been spending time with them. 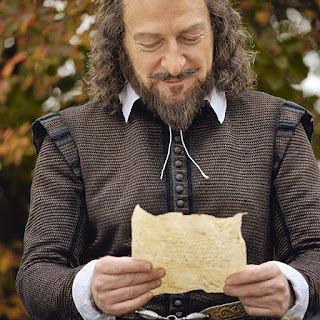 He simply shrugs and busies himself with moaning about his pension, updating his will to among other things leave his ‘second best bed’ to his wife but mainly he immerses himself in very belated grief for his son Hamnet (Sam Ellis) who died 17 years ago at the age of 11 while Will was off making a name for himself in the big city. He starts planning a memorial garden for him. 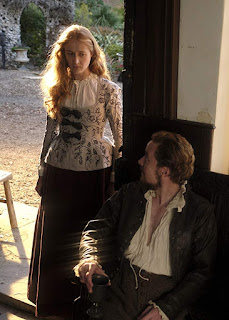 As if out of spite both daughters create scandals for him. The married one, Susanna (Lydia Wilson), is accused of adultery with the local haberdasher and of catching a venereal disease from him while the unmarried one, Judith (Kathryn Wilder), finally gets married to a man who has just impregnated another woman. 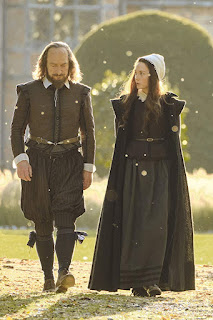 Then to kick a man when’s he’s down, his friend and (whisper it) perhaps once his lover, the Earl of Southampton (Ian McKellen) shows up to tell him how dull he is and urges him to get back to writing but he doesn’t take his advice.

His dullness is perhaps the key point here but was it really necessary to make a film to drive home the point that what came from Shakespeare's pen was much more interesting than his own life. Branagh does manage to play the Bard as the dullest of the dull. It’s an odd casting which is obviously the director’s choice (he’s the director) as a reward for this previous Shakespearean efforts but even odder is Judi Dench as his wife, 20+ years older than him. Yes Anne Hathaway was older than Shakespeare but not that much older.

Written by Ben Elton, the whole film seems a bit of an unnecessary indulgence that mixes accepted fact with lots of ‘what-ifs’ and some stuff that seems completely made up. The film seems to hint that Hamnet was a budding writer, that may have influenced the Bard’s work but then reveals that is was Judith doing the writing all along...

I won’t be recommending it.