Useful For The Female In Your Life

On Monday morning the park is still locked when we get there. The boys and I walk aimlessly up and down the street for fifteen minutes but no one turns up to unlock it. It’s Half Term, the world goes mad.

L sends me shopping for mincemeat and I am laughed out of Sainsbury’s because it’s February. So, you can buy hot crossed buns all year round but apparently you can only buy mincemeat in December.

L and Daughter go to running club for a spot of intimidation. L has seen that they’ve been putting stuff on Facebook about running nine minute miles tonight and thinks they will try to lose them. I tell her not to be so pessimistic but she turns out to be right, they get dumped. I’m not sure they’ll be going back again.

On Wednesday, my colleague and I take advantage of the usual ‘Wednesday Wow’ at the Yard (2 for 1 pizzas) but find out they have revamped the menu. There’s now a lot more choice but there are also way too many random vegetables chucked into the mix for no good reason. Do artichokes, aubergine, avocado, spinach etc really go well on a pizza?

Derby have a game on Wednesday evening but lose a dire match 1-0 to Millwall. Meanwhile L and Daughter attempt a dog run but abort it when the Lad legs Daughter down. It’s not been a very good running week for them.

Thursday is my long run day and I run home from work again. I have been looking at getting a new Garmin but I’ve not made a decision yet. By the time I’ve decided what I want my marathon will be done and dusted. I do see they now do a watch that tells you how stressed you are... very useful for the female in your life. 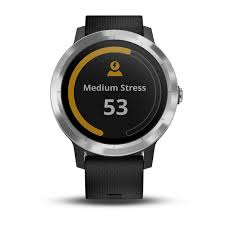 After our various activities, L is again at tennis, we crack open a few cans of Guinness Mid-Strength. At 2.8% ABV the 660ml cans work out at 1.8 alcohol units each. So hardly alcohol free but actually rather pleasant. Perhaps a slight upgrade on the Mackeson, which is also 2.8%.