I Just Had To Get Involved

We’re both having a weekend off racing, even L, the 500 mile girl. So it’s a lazy morning, getting up late, taking the boys on the park and then working on the tiles in the bathroom.

Not only was I supposed to be having this weekend off, I was planning on not doing any serious races until next year... but L mentioned a few weeks ago that up on the Riverside Runners website there were people willing to sell their numbers for next week’s St Neots Half Marathon. I just had to get involved didn’t I and the other day I had an email from someone who was offloading their place and I’ve accepted. Bugger. How am I going to train for that? It’s next Sunday.

I’m sure L’s laughing as she runs off to the gym. Perhaps I ought to join her tomorrow.

At least a lack of a race means we can hit the town tonight. Out on a Saturday, how rebellious is that?

We check out my old student haunt, the resurrected Gooseberry Bush for the first time. It's now a Wetherspoons with a decent beer selection but the pièce de résistance could have been a rather tasty sounding 5.4% dark ale from Milestone which is on the bar, pulled through and looking rather dapper with its pump clip. It's smiles at me teasingly. Too teasingly, the barmaid points at the ‘coming soon’ label above it. They’re not serving it because it’s quiet tonight. Well it’ll be even quieter now because, after eating, we move on. Whereas we’d have stayed if they were serving it.

So to the Lincolnshire Poacher, who have their own 5% dark selection, including the excellent Black Adder, which runs out after the second pint... Damn. 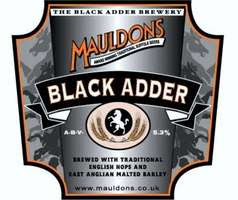 So to the Ropewalk, who also have a tasty dark one on, a Stout. Actually quite a good ‘dark’ evening despite far too much moving on.

Posted by FitForNothing at Saturday, November 12, 2011