We are keen to do one of the current crop of Oscar nominated films this weekend but they’re all so long. So we defer our preferred choice the Wolf of Wall Street from Saturday to Sunday where its three hour long length won’t be keeping us from the pub.


The Wolf of Wall Street is the biographical story of Jordan Belfort (Leonardo DiCaprio), a stock broker on Wall Street and is directed by Martin Scorsese.


Belfort is keen to make money, lots of it, but sees his initial job at L.F. Rothschild taken away from him when the firm collapses following the 1987 stock market crash. After hitting rock bottom, he bounces back working for a firm selling penny stocks.


He quickly discovers that he can make good commission on these trades and quickly forms his own company Stratton Oakmont Inc. He recruits an unlikely bunch of guys to work for him including Donnie Azoff (Jonah Hill), who quickly becomes his right hand man. 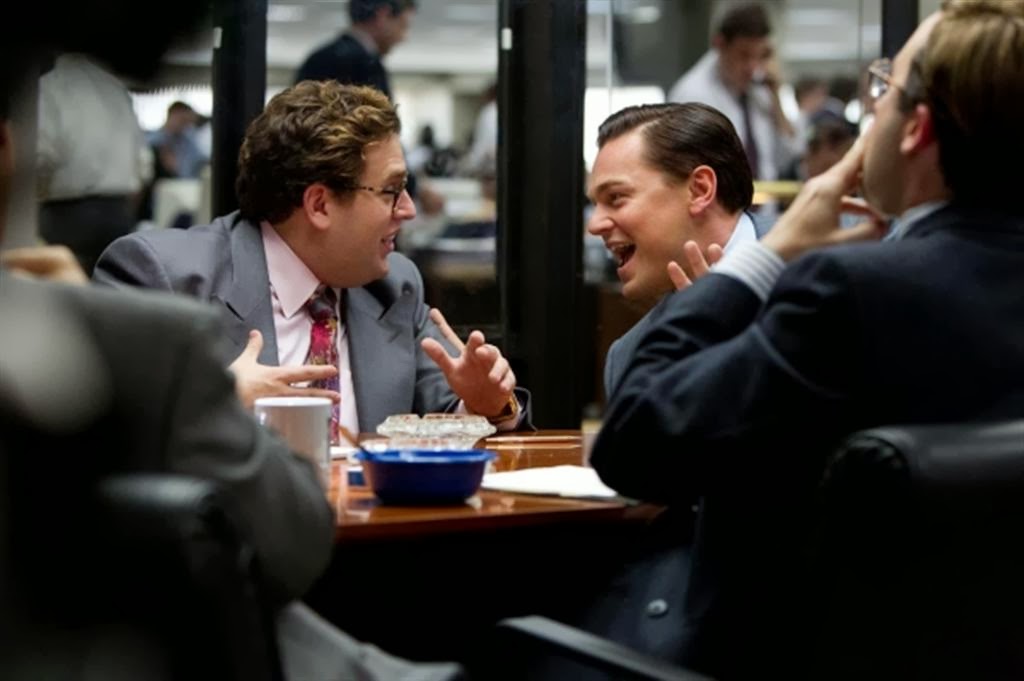 Belfort’s extraordinary business mind ensures that Stratton Oakmont went from strength to strength, making the huge piles of money that he dreamt about. Forbes Magazine writes an article on the firm calling him ‘The Wolf of Wall Street’ and the name stuck. Forbes also points out that his methods were rather dubious and that he was misleading investors whilst Stratton Oakmont’s staff lived a life on debauchery on the profits. 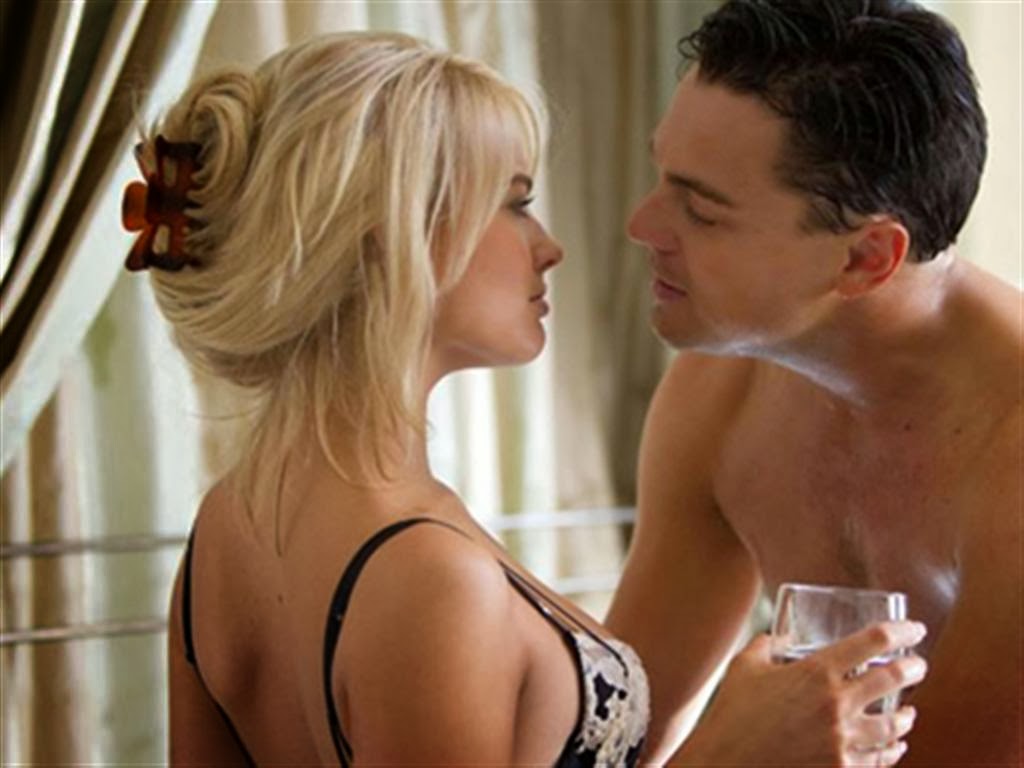 Yet when he meets Naomi (Margot Robbie) he is smitten and has to have her. Despite her boyfriend and his wife, they are naked in bed the next day. In the end they marry, settle down and have a child... well she does. Belfort continues as before.

It is satire and is probably a reflection on today's society and on Wall Street itself. Whether it is wildly exaggerated satire is open to debate. 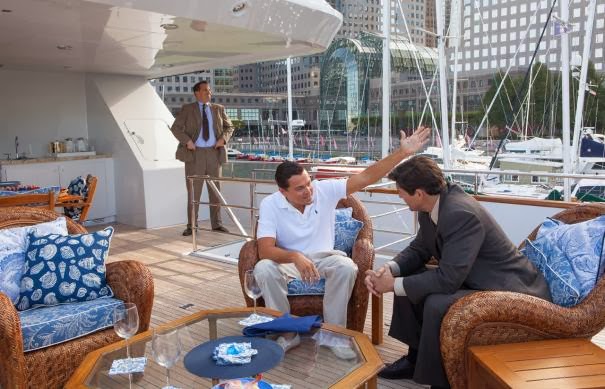 Eventually the FBI start investigating and Agent Patrick Denham (Kyle Chandler) is on their case causing Belfort to attempt to smuggle all his cash out to Switzerland. Here is assisted by a corrupt banker Jean-Jacques Saurel (Jean Dujardin) and opens the account in the name of Naomi's aunt Emma (Joanna Lumley). 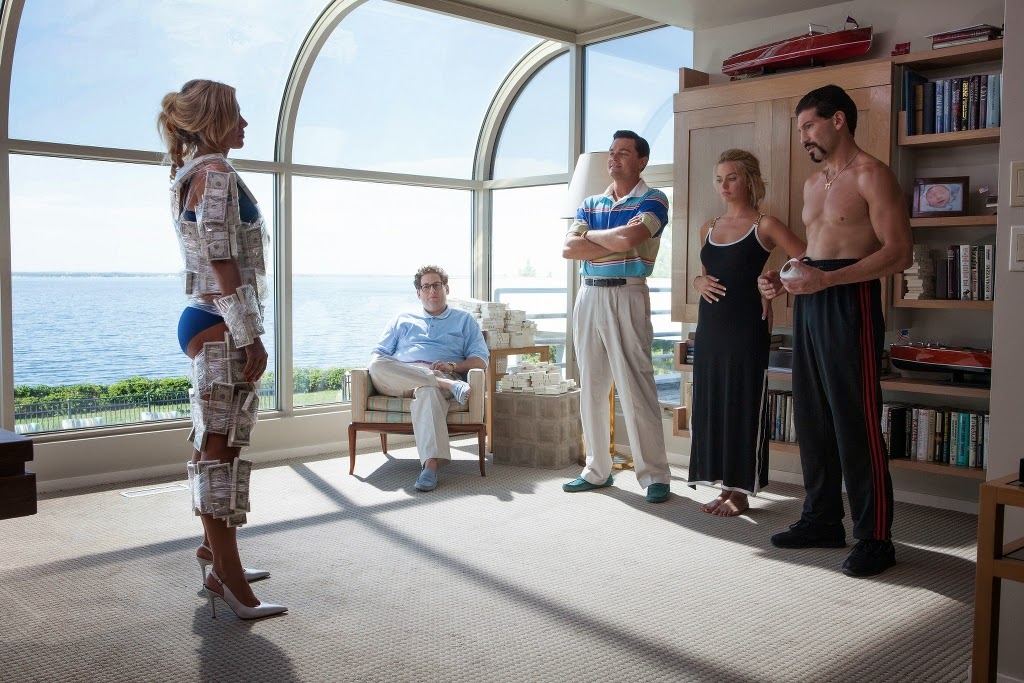 As the FBI close in, he is offered a deal to avoid jail but Belfort decides he doesn't want to be saved, turns it down and eventually the whole company is taken down.


When you read up on Jordan Belfort it becomes apparent that Martin Scorsese kept to the story as much as possible, which is a bit of a rarity for Hollywood. What he gives us is a film that is swift, energetic and enormously entertaining. It did not feel like a three hour production because there is not a quiet moment in it. 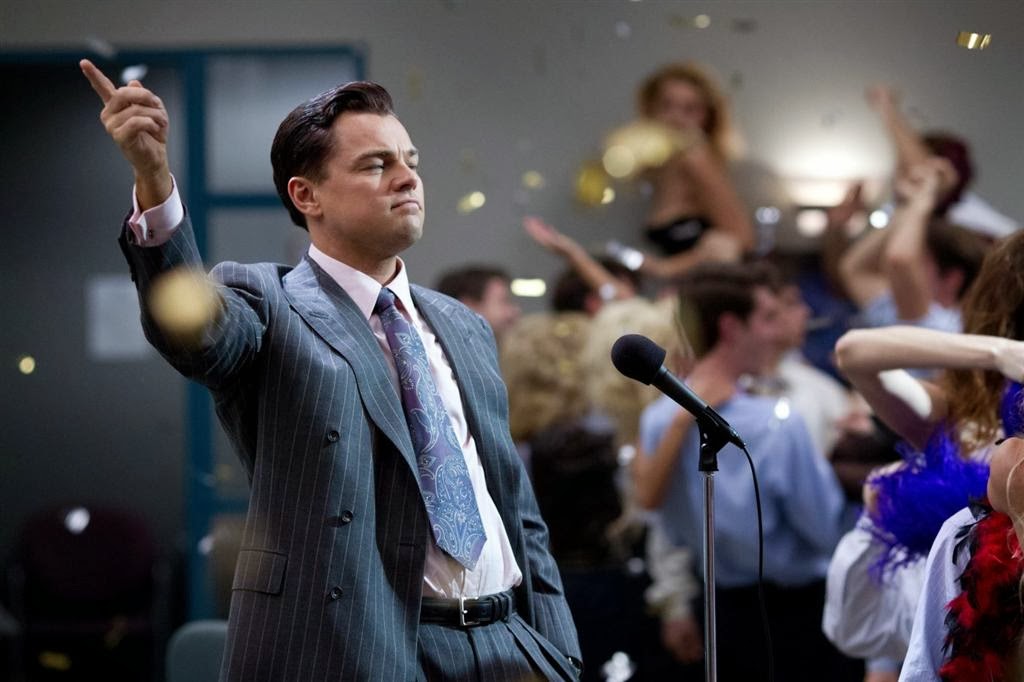 It's also one of the funniest things I've seen for a long time but that depends on your sense of humour. It is also likely to offend some people but only if you object to explicit language, explicit sex, explicit nudity, explicit drug etc etc.


It is one hell of a good film and Leonardo DiCaprio is, I have to say, simply terrific. If he doesn't win the Oscar for this, he probably never will.