L has made plans to spend lunch with a friend in Ashbourne today. So the boys and I offer her a lift and then head into the Peak District for a walk. We yomp up Thorpe Cloud and then along Dovedale for a few miles. Thorpe Cloud is more difficult than it might have been as the conditions are incredibly slippery after all the recent rain. Going up is hard but coming down is terrifying particularly when you’re attached to a dog. MD refuses to go off lead and bites my feet when I try, which is the last thing you need when descending Thorpe Cloud freestyle. Doggo meanwhile skips ahead, miles in front, making a mockery of his twelve years.


Eric Lomax (Colin Firth) was a signaller in the British army that surrendered to the Japanese when Singapore fell during World War II. Lomax's captivity as a Prisoner Of War was spent working on the construction of the Burma Railway. He was lucky to survive it. After being found with a homemade map and a radio he was tortured to within an inch of his life. Thirty plus years on (the film is set circa 1980) the scars of this dreadful experience have failed to heal.

We meet Lomax, surprisingly still a railway buff, and the film’s love interest Patti (Nicole Kidman) rather appropriately on a train. They immediately marry (or so it appears) but the baggage that he carries with him causes him severe moods swings and nightmares but he won't share the reasons for these with his new wife. 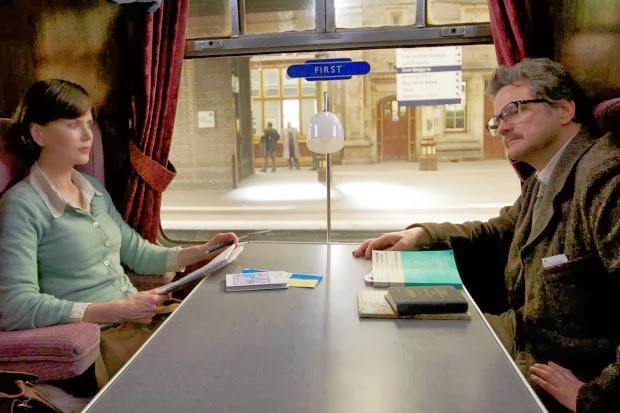 She has to go visit his friend and fellow POW Finlay (Stellan Skarsgård) to find out why. Then when a photo appears in a Japanese newspaper of the translator Takashi Nagase who was Lomax's tormentor in chief and was now working as a tour guide on the railway, Lomax takes the opportunity to head over to exact revenge.

The key question posed by the film is what would you do if you came face to face with the man who tortured you? Unfortunately the film fails to give a convincing answer.
Probably because too much has been changed from Lomax’s original story. The real Lomax didn’t turn up unannounced and he wasn’t the only one who had been wrestling with his demons. Nagase had been too and had attempted to atone for his sins. The real Lomax knew this because the two wrote to each other for two years before they decided to meet. So the film’s scenario didn’t happen and this is probably why it feels so false. 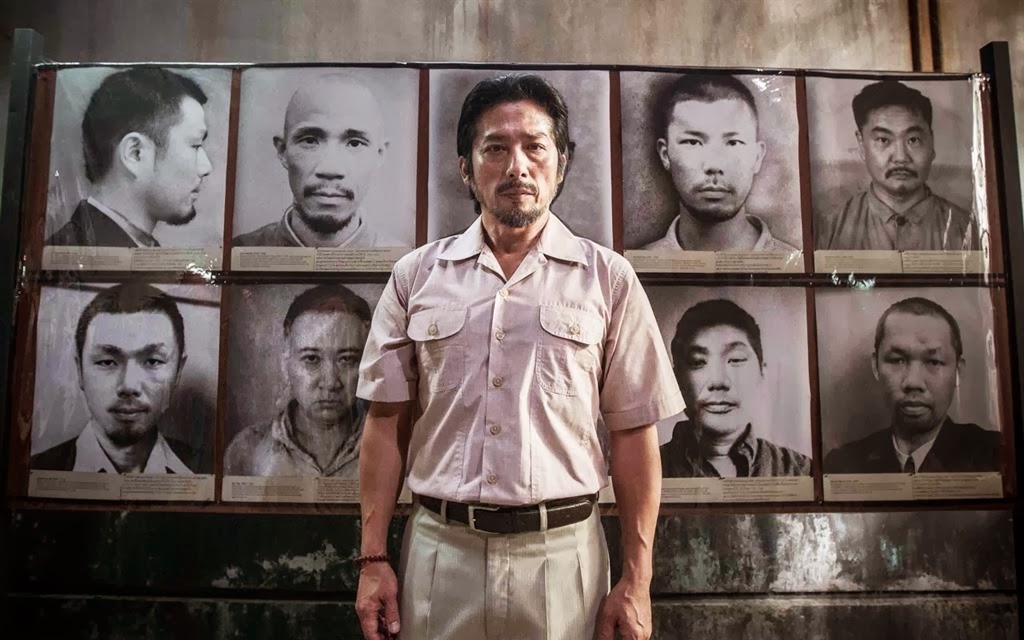 The film bounces back and forth from the Second World War to the 1980s. From young Eric's (the excellent Jeremy Irving) physical torture to old Eric’s emotional torture as the film overlays a snapshot of life constructing the Burma railway and in the POW camp with a rather thin love story. 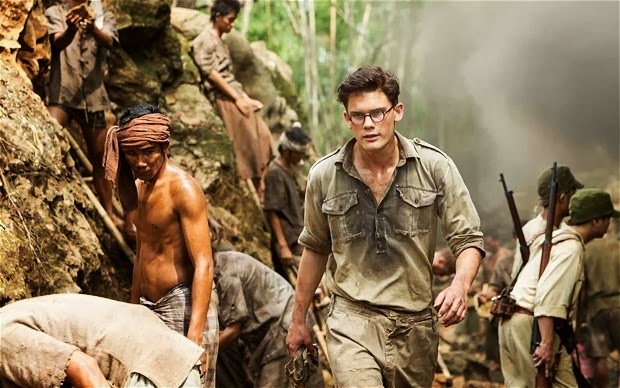 That didn’t work either. The fact that the real Eric returned from war, married his pre-war sweetheart, had two kids and then met Patti (also with kids) whilst he was still married and romanced her for two years prior to marrying her was a better back story than the one we got because we didn’t get one at all. The film just feels made up because most of it was and that’s a shame.

It’s not an awful film but it is unremarkable and far too ‘nice’ when it should have been harrowing and eye opening but it simply isn’t. The scenes in the camp are not pleasant yet overall the film seems desperate not to offend. The only time I felt any emotion was when they put photos of the real people up at the end. 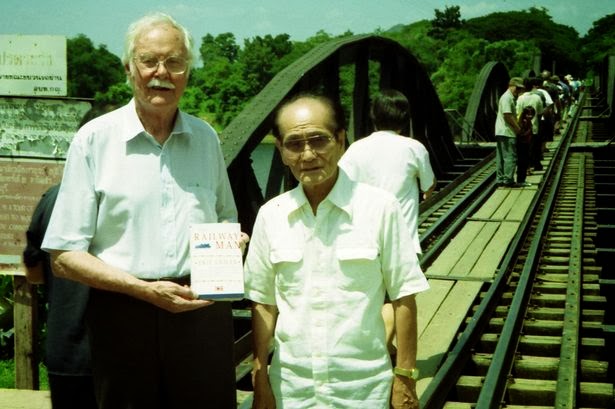 Afterwards we head to the Falcon and then the Hand & Heart for a final night cap.

Posted by FitForNothing at Saturday, January 11, 2014