We Are So Hip

L has recently read a book called Mr Gig by Nige Tassell. It's a tale of the author whose life was once defined by live music until he gave it all up in the name of marriage and children. The book is about him getting back on the gigging horse, albeit with the helpful assistance of being a journalist. L proclaimed it more my sort of thing than hers and she’d be right. The book really talked to me, and not just because it was on audio, particularly when he bemoaned that things aren’t like they used to be because clearly they aren't. 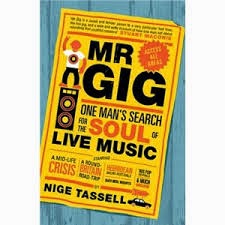 L did say that although she’s not really a gig person she does now want to go to Glastonbury, as well as Rewind, the Isle of Eigg Away Game Festival and she wants to see the Wicker Man film. This is almost a bucket list full.

So this is how I came to be poised with my fingers over the keyboard of our home computer at 8:50am this morning whilst L takes herself off to the Goose Fair Gallop 10k. 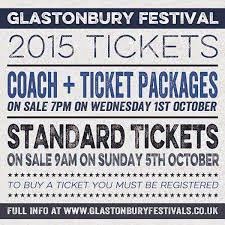 Glastonbury isn’t what it was back in the day of course and is now something that is on almost everyone’s bucket list particularly those like me in their 40’s who have never been.

At 9am precisely the website goes live, instantly declaring it is at capacity and I’m not in. As ever in these ticketing skirmishes I remain calm knowing others around me will losing their heads in a blur of keystrokes, mouse clicks, F5 refreshes and swear words.

At 9:20am I am calmly entering in my debit card details and at 9:26am the sold out signs are being hung up. Which despite what the papers may tell you, doesn’t necessarily mean that there are millions more people chasing tickets this year. It just tells you that Seetickets are getting better every year at processing the applications and I thought it was a pretty smooth process myself. Anyhow, we’re going. We are so hip.

I grab the dogs’ leads and we head off to chuck a celebratory ball on the park. Once there we find some folk orienteering. It’s the local NOC club that we used to be members of. I have a chat to the same people who are still organising it seven or so years on. Thankfully they don’t recognise me or Doggo who used to do it with me, usually causing mayhem. We ought to get back into it. I’ve just no idea how we’d find the time.

L has a good run but she doesn’t retain the trophy. Not that she was ever likely to as she didn’t even enter last year but that was what they put on her registration email and to not forget to bring it back with her for the presentation. The perils of cutting and pasting your emails.

In the evening we head up to Leamington and have an evening with Son in a Mexican called Chicos. It’s a very pleasant evening and we get to brag about how hip we are.