Today is my first crack at the popular Clowne Half Marathon. Just myself and 800 others make our way to the Clowne Community Centre for the start where the weather is cold but there’s hardly any wind or rain, yet, or would that be snow? 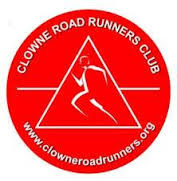 We have shoehorned not just the dogs but also L’s bike into the car. She will be biking around the course ahead of the field and avoid the icy patches of which there are a few.
It’s a playful course with nicely undulating terrain but no massive hills. It’s certainly not a quick course. Parts are very scenic but other parts, like the A619 Chesterfield to Worksop road, are not. This particularly long drag from mile 11 to mile 12 with cars whizzing past your heels at 60mph was not the highlight.
As I once again have a dodgy calf I take it easy but I hadn’t intended taking it 1:50 easy, ten minutes slower than at Leicester. It’s a decent workout though and a decent race. It's chip-timed with drinks in bottles and with a goody bag that takes two people to lift.
The goody bag contained a Lucozade sports drink, an iPro Sports drink, a banana, a Tunnock’s caramel wafer (all the way from Scotland), a small Soreen Malt Loaf, a Warburton’s six pack of crumpets and the obligatory assorted leaflets. You could also top it up with their homemade flapjacks.
Then there was the Christmas Theme T-Shirt in red, naturally. Oh dear. The less said the better about that but they’ll be plenty appearing in the charity shops in the next few weeks.
We then head back down the M1 towards Leamington where we meet Son for lunch in the newly refurbished White Horse, which doesn’t looks any different. The new food menu actually has less on it than before and no starters at all, so we can’t even have soup before our Sunday Lunch. The Sunday Lunch though was excellent, as was the Black IPA.
(Sunday 22nd November)
Posted by FitForNothing at Sunday, November 22, 2015