After a relaxed morning in bed, just the two of us plus two dogs and a hangover, we have a busier afternoon. L runs to Holme Pierrepoint whilst I strap the bikes to the roof of the car, put the dogs in boot and meet her there. Obviously it’s important to pack everything correctly as I'm not sure the two bikes would fit in the boot.

Now for an afternoon of bike coaching and an attempt to improve on L's time of 48 minutes for four loops of the lake as done at the Notts Tri. She wants ten minutes off that. No problem.

We get up a good pace heading down one side of the lake, hitting 22 mph, clocking just over 4 minutes for the distance. Easy. Then we head back up the other side into the head wind, taking 9 minutes. This is going to be harder than I thought.

Three attempts yield pretty much the same results. Will we need to try again on a less windy day.

Tonight it's Frank Turner at Rock City, support comes from Will Varley and Skinny Lister. Varley is probably one part folk singer three parts comedian. All his songs come with a very large dose of dry humour which makes it well worthwhile turning up early to catch his entertaining support slot. 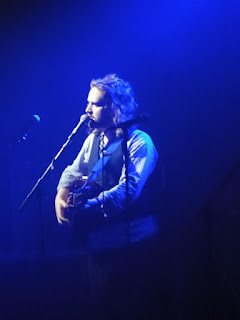 Some of his songs have a political edge but others just send up the likes of supermarket self-checkouts (‘The Self-Checkout Shuffle’) and those get rich quick emails we all get from foreign princes (‘I Got This Email’). Brilliant stuff.

Skinny Lister are next up and they bring their own demijohn to join the party. What a party it is. This is not just folk but raucous good time folk of the like possibly not seen since The Pogues were in their prime. Oh, how I bet they're sick of that particular comparison but someone's got to restore the good name of folk after it's been diluted down to nothing by the likes of Mumford and Sons. This band could do it on their own. 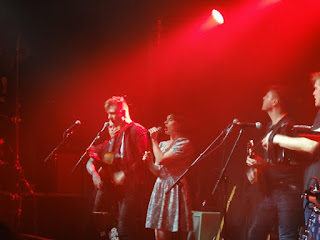 Tonight the six piece are crammed in down the front of the stage but this doesn’t temper their boundless energy at all. They are an extremely confident outfit and get the crowd involved from the off. Singer Lorna Thomas will grab a lot of the attention but it’s not just her singing as most of the band contribute vocals at some point. I imagine they go down an absolute storm at festivals. It’s also the first time I’ve seen a band member go crowd surfing with a double bass. By rights security should have thrown him out... a dangerous precedent set there, perhaps.

Now can I use the ‘as seen at Glasto’ brag again? Perhaps not. Here's Frank... 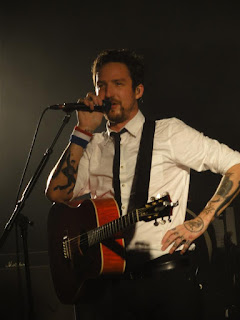 Frank Turner is back home. After turning his back on his true love and having a brief affair with the Nottingham Arena, he is now back where he belongs. I hope he feels guilty about his infidelity. He's certainly making up for it big time with two nights at Rock City and an intimate show at Rough Trade.

He opens with ‘Get Better’, an ode to getting his half marathon time down despite the rapidly advancing years... ‘We could get better because we're not dead yet’, well that’s how I read it when it got me through the Leicester Half recently. Anyway... I digress, he and the Sleeping Souls machine gun out the first four tracks without pausing for breath. Four songs in and no monologue yet, what’s going on Frank? Just trying to fit an impressive 29 tracks into two hours I guess. 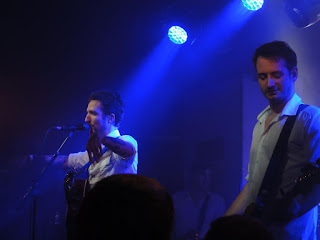 He finally takes a breath, rather appropriately, before introducing 'Out of Breath' one of many tonight from his new excellent album 'Positive Songs For Negative People'.

Before long he’s almost begging forgiveness for straying, once more proclaiming Rock City as his favourite venue in the whole of the UK and dedicating 'Polaroid Picture' to the venue. He keeps saying this year after year, so it must be true! We again get the story about his former band the Million Dead being told to f*** off and not come back, as well as being bowled over when he headlined here for the first time and it sold out in weeks. I wonder how his recent Möngöl Hörde hardcore side project would have gone down tonight...

I actually remember him being bowled over a good six months earlier than his first headlining at Rock City when he supported The Gaslight Anthem here and half the crowd seemed to have turned up purely for him. Even back then everyone knew every single word to every single song. It's the same tonight. It doesn't matter how old or how new the tracks are, same effect. A full singalong. Don't come to a Frank Turner gig unless you've rehearsed first! 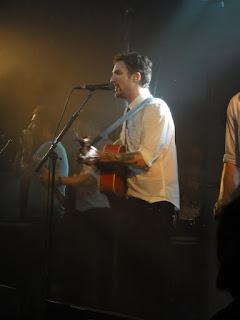 On this tour he’s not been chopping and changing his sets much between gigs except for his acoustic request slot in the middle, when The Sleeping Souls put their feet up and whatever has been requested of him recently is played. It's produced a fair few rarities on this tour but tonight we probably get the best selection. Not total obscurities but set staples of yesteryear that there just isn't enough room in the set for these days.

The no longer retired 'The Ballad of Me and My Friends', an amazing 'Father's Day' and an equally good blast from the past with ‘Love Ire and Song' make an already brilliant set even better. In between he takes a moment to reflect on the happenings in Paris and dedicates 'Journey of the Magi' to Nick Alexander, a good friend of his, who died whilst working for the Eagles of Death Metal in the Bataclan. 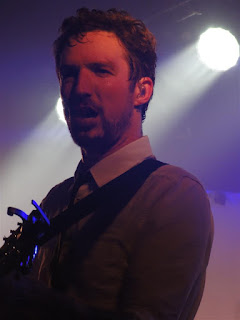 Then over ninety minutes in and we expected to perform star jumps to 'Recovery' accompanied by 'Lee' upon stage who shows us how, just like an instructor at an aerobics class.

It doesn’t feel like song number 25 but it is, the last song of the set and he finishes with a new song albeit the current single ‘The Next Storm’. Not many artists would risk doing that but then not many have new songs this good or fans who will know every word even if it was only released yesterday.

He’s back for an encore of course, playing four more songs before finally winding things up and sending the audience home to practice their star jumps for next time.