Today is the day of Son’s first driving lesson or rather it was meant to be but his driving licence has gone missing. So Leamington gets a reprieve and can breathe a sigh of relief. I’m not sure whether it’s lost, been pinched or (knowing him) simply lying on his bedroom floor.

I bike today and arrive home revved up for my night out with Tom Robinson. Although I’m sure this won’t be a late night, it’s sure to be a 10pm curfew, at the latest. We wouldn't want to keep the old man from his cocoa and not him keep us from ours.

So, on a night when we all expect to be home early for our cocoas support act Kitten Pyramid turns up already in his pyjamas. After a slow melodic acoustic start where he does the dedicating a song to his wife sort of thing, he suddenly changes tact. He ties a naked Action Man to his music stand, invites his son upon stage to play drums then picks up a bass guitar himself and turns into the White Stripes. An intriguing transformation indeed but then he is from Burton on Trent. 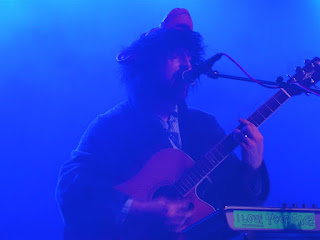 Follow that Tom Robinson or should I say the ‘as seen at Glasto’ Tom Robinson. Tom is the latest ‘oldie’ to reform, if you can reform yourself that is and he’s now released his first album in 20 years entitled ‘Only the Now’. It’s an album funded by pledgers on Pledge Music and not surprisingly this album makes up around half of tonight’s set or should we say sets as Tom, now age 65, opts to take a siesta half way through. 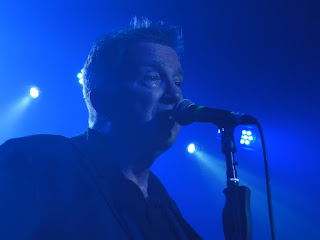 The majority of the rest of the set comes from an album 37 years old, 1978’s ‘Power In The Darkness’ and he opens with a couple of old favourites from that record ‘Winter of ’79’ and ‘Too Good to Be True’. These go down very well, as is to be expected, with a mainly but not exclusively older crowd tonight. Then he follows those with a track off the new record, the very appropriate ‘Never Get Old’.

Robinson is, as always, totally engaging on stage. Every song has a back story or a joke behind it. ‘Martin’ has, of course, the whole crowd behind it with everyone yelling the key parts back at him or in the case of Mr Irritating next to me singing every single s***ing word back and he is not in TR’s league vocally. 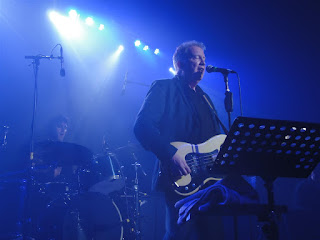 The first set ends with a blatant plug for the merchandising stand and Tom’s big hit 80s ‘War Baby’ one of two tracks tonight from 1984’s ‘Hope And Glory’ album. His other top 40 hit ‘Atmospherics: Listen to the Radio’ follows later.

The second set starts with ‘Home In The Morning’ off the new album and then a solo track performed by Lee Forsyth Griffiths ‘Meet Me Halfway’.

‘Glad to be Gay’ comes dedicated to George Michael and with yet another lyrical makeover. In fact it appears Robinson was brought a lyric sheet before the song. The memory probably isn’t what it used to be. 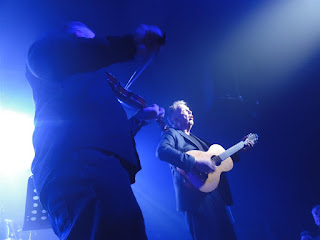 One thing that hasn’t changed is his determination to tackle issues that he is passionate about. His new material tonight took on the banks (‘Risky Business’), suicide (‘Don’t Jump Don’t Fall’), legal aid (‘The Mighty Sword Of Justice’ and the Iraq war (‘Merciful God’).

Another thing that hasn’t changed is his ability to belt out the powerful oldies as a double-barrelled finale of ‘Up Against the Wall’ and ‘2-4-6-8 Motorway’ arrives. 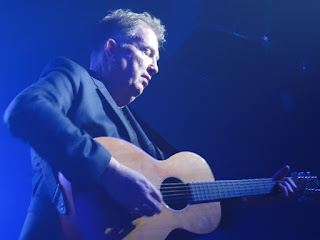 There’s time for one more and he returns to play an encore of the title track off his new album. Before the song he harks back to his decades that have passed but was keen to point out that is exactly what they have done. Their time has now passed and now he appreciates more than ever the need to live ‘Only the Now’. Good advice.


I tell L to get my cocoa ready but apparently that'll have to wait, a dog has left a ball by the front door that has my name on it.
(Wednesday 11th November)
Posted by FitForNothing at Wednesday, November 11, 2015