I take delivery of 24 bags of dog food today for the dog show. The poor car. L again hints at needing a camper van.

L says she’ll be putting duct tape over her mouth while I’m out tonight to quell any urges she might get. If they’re all doing that, that would be quite a team photo as well.

I leave her slobbing out in the garden, well, slobbing as much as you can while throwing balls and head to Rock City.


The talk among my generation for the last few years has been how to mark one’s 50th year on the planet. Tanya Donelly seems to have met this dilemma head on and aced us all by reforming the band that was her finest moment and hauling them over to the UK for a tour. It’s a tad more impressive than my own plans. 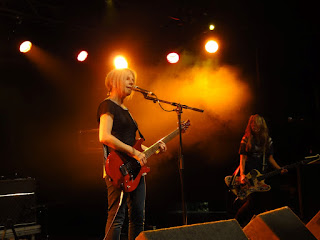 A founding member of both the Throwing Muses and the Breeders, Donelly left to start her own band Belly back in 1991. Their début album ‘Star’ was a huge success, its follow-up ‘King’ less so. Although, as is often the case, ‘King’ is perhaps the better, more mature record. Nonetheless that was it for the band and they split up in 1996.

I'm pretty sure this is Belly’s first visit to Rock City. It’s certainly not Tanya’s first but as for the band their last appearance in Nottingham was at Trent Students' Union in 1995. So 21 years on, Belly finally make their Rock City début where it’s cosily busy tonight but far from full and with the balcony closed.

The air-con is on, so let's get started. Although, when exactly did Rock City get air-con? The days when they used to simple carry people out and lay them out in the car park until they came round are clearly gone. That was before Health and Safety obviously. 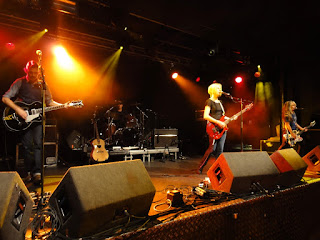 There is no support band and the band play two sets with a promise to play practically everything from their two albums. They don't quite manage that but give it a good go. Even débuting two, as yet untitled, new tracks one each either side of a ‘power nap’, as bassist Gail Greenwood calls their mid-set break.

Greenwood is the lively, energetic one, a windmill of whirling hair, limbs and bass strings. The polar opposite of the calm, courteous efficiency of Donelly. Efficient that is until she forgets to sing into the microphone which she does on several occasions. It is Greenwood who suggests the crowd can name the new songs and if that’s the case then one will probably appear as ‘Grade A W***king’ (you had to be there). 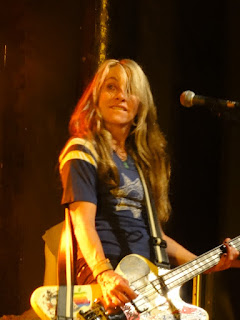 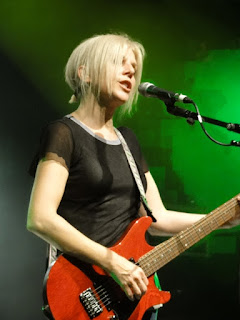 The Gorman brothers, Chris on drums and Tom on guitar complete the line-up and it is clear that the four of them have re-formed for pleasure, theirs as well as ours as they rattle through all the old favourites from the opening excellence of Puberty (from ‘King’) to the gorgeous closing Thief (from the Tank Girl soundtrack!).

In between the highlights are many but the livelier crowd pleasing numbers such as ‘Dusted’, ‘Seal My Fate’, ‘Feed the Tree’, ‘Angel’ etc are probably trumped by a total enchanting ‘Full Moon, Empty Heart’ and an equally bewitching ‘Spaceman’. 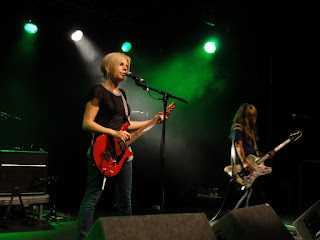 They return to play one more, ‘Stay’ (from 'Star') which is perhaps a statement of intent and with new songs being written it looks like they may be around for a bit longer this time.