Finally, on the best bike. Yes, I’ve not fixed my other bike yet although I have ordered a new wheel for it.

Things don’t start off too well and nearly end in disaster. I get to the end of the road and no front brake! For some reason it had jammed but I soon manage to fix it.

Tonight I am up in Sheffield, at the Leadmill for the second leg of Feeder’s All Bright Electric tour. I miss tonight’s football game for that, which is annoying as when I booked tickets the match was still on the Saturday. Bloody TV games.

Is it just my age or are lead singers getting ever younger? Once singer\guitarist Fin O’Brien announces that The Jacques are from Bristol I find myself wondering what time he had to bunk off school in order to make it to Sheffield in good time. A bit unfair really, The Jacques are not new and have being going since early 2014.

They play a Strokes-ish indie pop that they may well have discovered at school... The fact that they've been around a while now and, despite some critical acclaim, haven't broken through is perhaps because there isn't really anything about them that stands out. They're pleasant enough but struggle to command the attention of a Feeder focused audience tonight. 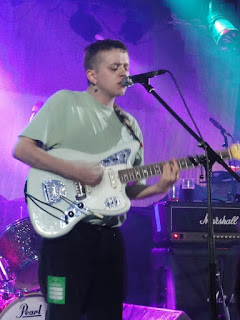 At the end of their set, I mishear and I think they're about to play a cover of 'Eleanor Rigby' but it's actually one of their singles called 'Eleanor Ring Me'. Yes, it must be my age.

Age is at least something I have in common with Feeder and none of us are getting any younger. This year it's twenty years since their début album 'Polythene' and therefore roughly twenty years since I discovered them. They've aged well, probably better than me. 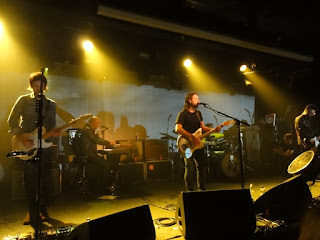 Despite their longevity they have always maintained that they are not a band for the nostalgia circuit but sometimes I have wondered. Yes, when they come out on tour it is always to promote a new album. So it's never just the hits but the stuff that is not new really is 'just the hits' and the post-2001 Buck Rogers breakthrough hits at that.

As someone who has invested a lot of years in the band this is frustrating and from the feedback they get on social media it's not just me tearing hair out that I can't afford to lose. So this time we hoped things might be a little, shall we say, more varied from a band who have a back catalogue of nine albums, an early EP that has acquired cult status and literally dozens of classy b-sides. Promises have been made and set list votes put up, so excitement builds.

But then Feeder do often get more daring as they find their feet on a tour and tonight we are at Sheffield's Leadmill. My second favourite venue of all time after Nottingham’s Rock City. The Leadmill has a generous curfew for bands and tonight Feeder are about to make good use of it. 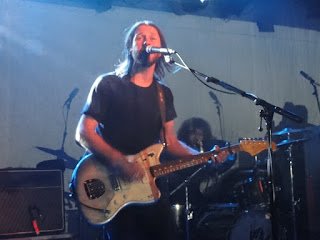 The first cause for excitement is the reinstatement of 'Shatter', last sighted in 2008 on the Silent Cry tour. It's sounding very different tonight, less meaty perhaps with a quiet build up rather than them smashing straight into it but it’s slightly more elegant I would say. Very nice.

Next surprise, the inclusion of 'Sentimental' off the Renegades album. I have nothing against 'Sentimental' but this really must be a Grant Nicholas favourite as it does crop up more often than you would expect. It wouldn't have been my choice as a surprise but any surprises are very welcome. 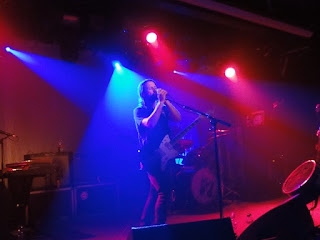 Then I sort of settle in and enjoy the rest of the set, not really expecting anything else to surprise me until the encore, if at all. Of the usual suspects the back to back trio of 'Come Back Around', 'Insomnia' and 'Borders' all sound rather fine tonight. The epic newbie 'Eskimo' is particularly epic and there is a surprisingly strong 'Lost and Found', it's not usually one of my favourites. 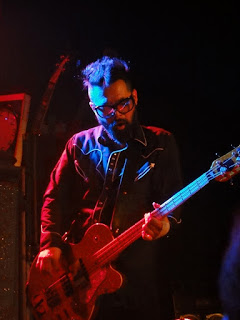 Then we're half way through the closing double of 'Just the Way I'm Feeling' and 'Buck Rogers' when there is suspicious whispering amongst the band. Nicholas announces that there has been a lot of requests for the next track on Facebook, it's an oldie off 'Echo Park', we haven't played it for ages etc, etc... and I'm think stop being a f****** tease, we all know you're just going to play 'Buck Rogers' and then leg it... but then suddenly it isn't. It's 'Turn' which they have occasionally, shall I say rarely, been playing in the encore. Now it's in the set and the evening has suddenly got rather wonderful. 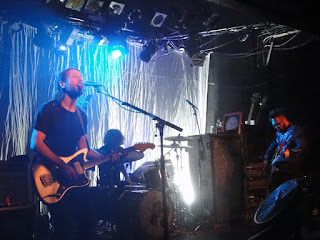 Well after that, he can do what he likes with the encore. He can even play 'Tumble and Fall' if he wants but the entertainment isn’t done yet, not by a long way. I’m obviously just expecting the excellent but incredibly populous finale of 'Seven Days in the Sun' and 'Just a Day' but first the band play the rather gorgeous 'Infrared-Ultraviolet' off the new album.

So value for money then but still we aren’t done. That intro he’s playing doesn’t sound much like 'Seven Days' to me, it sounds very like 'Sweet 16'. You crafty bastard Mr Nicholas, awesome stuff. You now have one very happy punter who’ll still be smiling about this next week.

While stood at the front of the gig, a couple of friends who I haven't seen for ages appear beside me. We have a good chat at the gig and afterwards over a beer in the Sheffield Tap.