Bit Of A Blip

L is off work again today. Genuinely off this time, as in not working from home.

She prepares for tonight’s Jägermeister 10k with a weights session in the gym and a swim. I prepare by sitting at my desk.

The Jägermeister is a tough hilly race around Nottingham University but it is usually oddly enjoyable with a nice post-race function afterwards.

2009 was a bit of a blip obviously. Not as big a blip as this year though. 44:07. Oh dear. Just shows what an injury break, insufficient training and two more years on the clock does for you. L’s consistent though, again well under the hour and 30 seconds quicker than in midweek.

We adjourn to the Sports And Social club for the post-race where most of the men, and some of the women, are queuing up to request ‘the blonde’ over the bar. That’ll be Ossett’s Yorkshire Blonde. I don’t usually go for Blondes but this one’s alright. 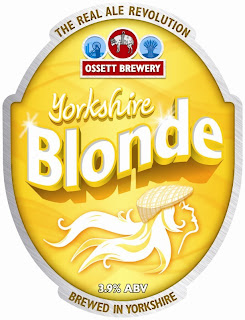 We stick with it rather than go elsewhere and therefore gain entry into the ‘race number’ raffle. One year I won a towel, this year predictably nothing. We head off early for nourishment at the Savera Tandoori.