Four In A Row


After an overnighter (not an all-nighter) in salubrious Bingham I arrive home to be greeted by an overjoyed reception party, the two dogs. It’s a sham really, they probably didn’t know I was missing until I inadvertently awoke them coming in the front door. Hopefully L missed me as well, if only I can fight pass the overjoyed furballs to find out.

Derby make it four in a row for the first time since 1905. The statue of Steve Bloomer that looks out across the pitch probably approves.

The last time this happened, the man himself was playing when the team won five successive matches at the start of season 1905/6. 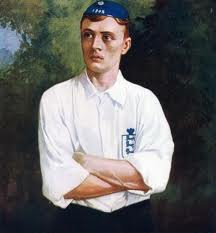 It's all the more amazing because we are having to play two local lads out of the youth team at the moment, who have been two of our best players. Hopefully they'll get to stay in the team.

The evening is spent gradually chipping away at the mound of university forms and mentally preparing for Leek tomorrow.