A Girl With A Nice Font

I round off a busy fitness week on the bike. In total, I’ve ran 31 miles this week and cycled 60. I delight in regaling this information to protégé. His jaw dropped briefly when I told him but he soon recovered his composure. I think he was impressed.

Hopefully now the schedule allows for a quite weekend and a lie in. Well apart from the Leek Half Marathon on Sunday but that should be a breeze, we’ve only got The Roaches to climb. 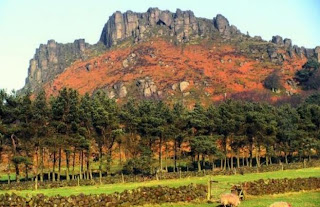 L’s works email is finally working again and it’s had a bit of a makeover. Among other changes she’s now talking to me in Tahoma rather than boring old Arial. You can’t beat a girl with a nice font. Though she still says she prefers Calibri... just like the Calibri I use. Bless. Matching fonts.

At home Daughter is apparently disappearing under a pile of university related post. I’m sure she’s exaggerating but it sounds promising. The wagons are starting to roll. Accommodation stuff, loan stuff, enrolment stuff... She really was the last to know her results.

I'm over in Bingham tonight, for our six monthly mini uni reunion and such an appropriate time to have it.