No Bad Place To Be

On the bus today, as it’s the Derby Beer Festival. 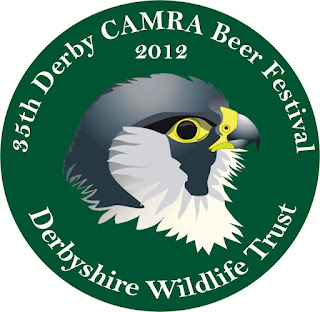 L comes over after work and together we try and make sense of their new system, whereby they have laid the beers out in alphabetical order by brewery but the guide to the beers is ordered by beer style. To say it’s a little confusing would be an understatement.

I drink by brewery and had no problem finding where each brewery's beers were being served but then looking them up in the guide for more information was a nightmare. I would have liked to have worked my way around the local breweries but it was too taxing on the brain.

It means that we gave up trying to discover anything new and stuck to whatever was nearest. This turns out to be the Fullers stand, which is no bad place to be. Not with London Porter and the first cask version of their bottled 1845 I’ve ever seen.

Apparently there was also a Mead Bar this year but we couldn’t find that either. We found the Owd Rodger though, which is always a pleasant treat, and that wasn't even on the menu.

We get an early-ish bus home to get back for the dogs and order a takeaway curry to soak everything up.