There’s a football match tonight, so instead of my usual long training run I park at my parents house and run the 8.5k to work from there. Then after work I run the same distance back in the opposite direction and then go to the match with my parents.

I think the run(s) was worthwhile. My thighs were still very stiff and sore from Sunday, so it was certainly painful enough, particularly the return run against the wind, to make me think it was worthwhile.

After a period of running to music, I’m now back to running to an audiobook. Currently this is Birdsong by Sebastian Faulks, the story of which is set around the time of World War One and is, so far, a mix of trench warfare, dismembered limbs and extramarital sex. Ideal running material. 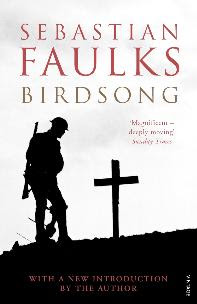 At the match, Derby’s speciality this season is throwing away a commanding lead. Which they do again, almost. A 3-0 lead is reduced to 3-2 but then two goal line clearances see them through, just.