Obviously a bit hacked off that yesterday’s snow caused only minimal disruption, the weather has another go overnight. We have an impressive few inches this morning. Unfortunately this puts paid to tomorrow’s Half Marathon. Damn.

It doesn’t keep the boys off the park, although kicking footballs is heavy going. It also doesn’t keep us from a hastily arranged lunch appointment to celebrate L’s mother’s 70th birthday. Her sister, who heads up from Hertfordshire, arranges it for 12.30. Which is more breakfast than lunch for us on a Saturday.

We meet at Cherry Tree Farm, which sounds like somewhere you take your kids to look at pet llamas and ride on the go-karts but we have actually been there before. L has on occasion ran with some of her friends from there and eaten there afterwards.

With the race off I don’t have to eat sensibly and can have a pint. Although if I’d known about the scale and size of their speciality, puddings, I may have skipped the main course.


Tonight we go to Broadway to see the film ‘The Sessions’ based on the real story of Marc O'Brien (John Hawkes). O'Brien was a childhood victim of polio and has spent his life since encased in an iron lung, save for a few hours each day. He is almost entirely paralyzed from the neck down but retains use of all his senses and has some feeling throughout his body.

Despite this, O'Brien not only retains a sense of humour but has a positive outlook on life. He studies, passes exams and becomes a poet. Although he still remains heavily dependent on his personal carers.

After firing a carer that he doesn’t like, he falls in love with her far more beautiful and sensitive replacement, Amanda (Annika Marks). 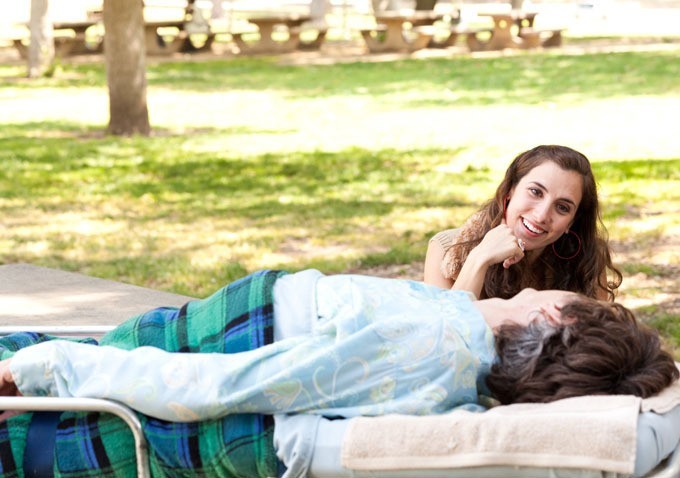 One day he tells her that he loves her. Which shocks her and she disappears, perhaps realising that she has similar affection for him. Despite his predicament, he can still charm the women.

Frustrated that he will never experience love or sex, he decides at the age of 38 to lose his virginity. First, as he’s a catholic, complete with a picture of the Virgin Mary staring down at him from his wall, he has to clear this with his priest (William H. Macy). Who is a rather ‘right on’ cleric with a flowing mane of hair who believes, probably wrongly, that God may give him a free pass on this one. Perhaps our (supposedly) celibate priest also wondered if there were any 2-for-1 offers. 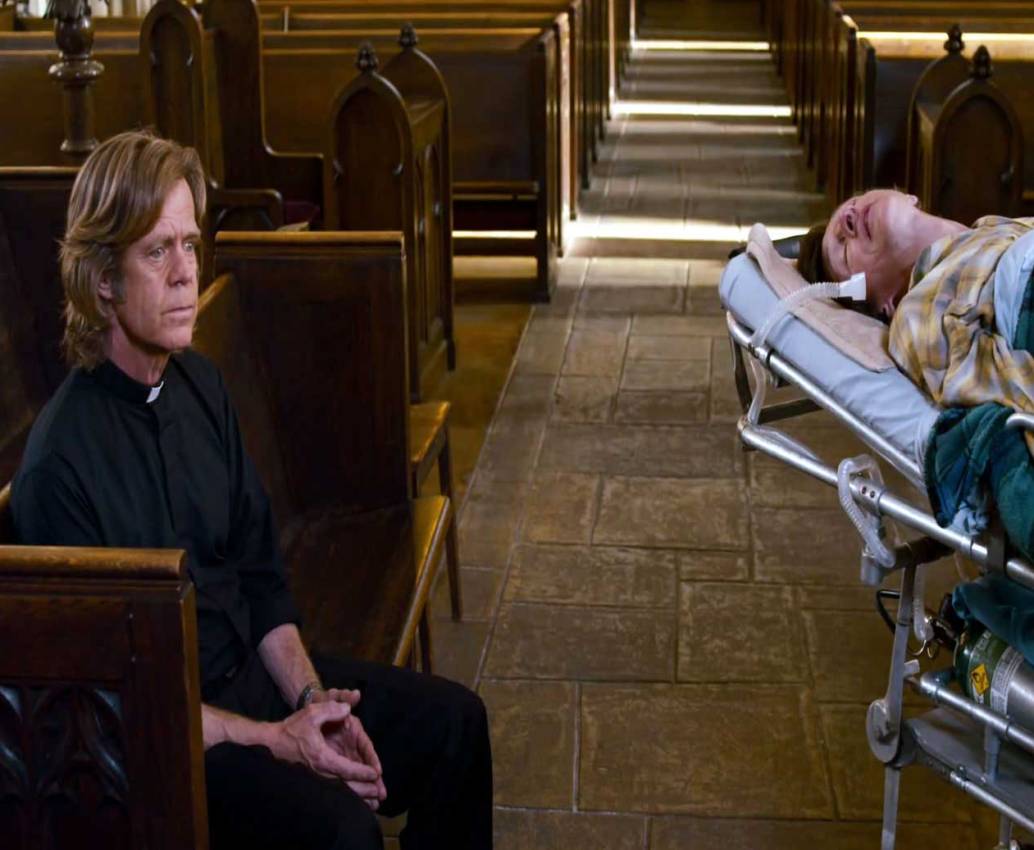 So enter Cheryl (Helen Hunt), a sexual surrogate. Which is a fascinating profession or maybe not, perhaps it’s just another job but not a prostitute as she makes pains to point out. . 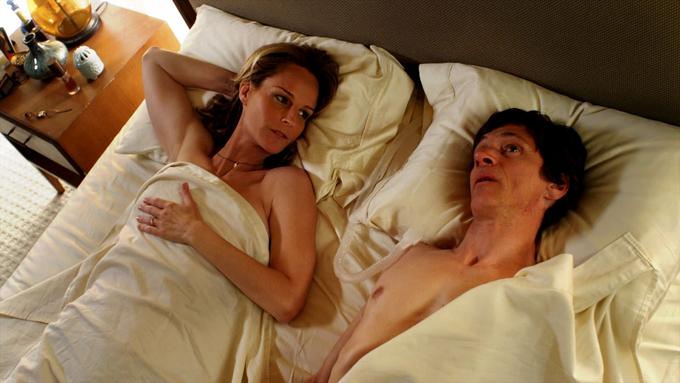 The therapy is a success but in the process Cheryl has also discovered a place in her heart for Mark, so she also bails out before they both get too attached.

After a power cut almost kills him by deactivating his iron lung and Mark ends up in hospital, he gets chance to charm a third woman and he meets Susan (Robin Weigert) who remains his partner until the day he died.

All his ‘women’ are present at his funeral. Along with Vera (Moon Bloodgood) who is Amanda’s replacement as one of his carers and takes him to all his therapy sessions. 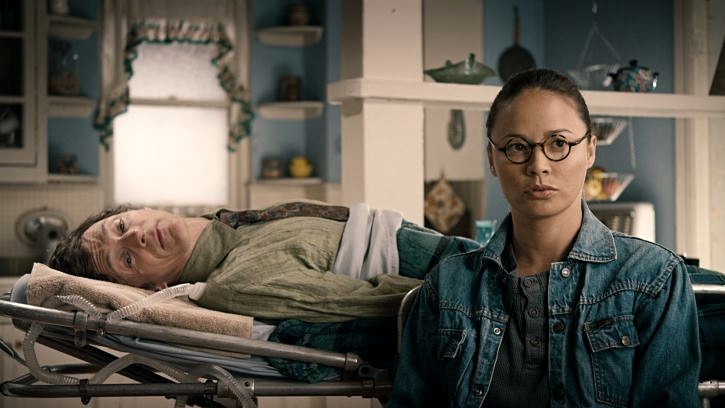 It looks a bit low budget at times and doesn't zing along as it perhaps might, refusing to perhaps delve into any of the potential sub-plots it opens up. Preferring to remain focussed on its main character instead. It’s very good though with plenty of understated humour and never once does it sink into the usual Hollywood sentimentality.

Afterwards it some of the now allowed Old Peculiar in The Peacock where we inadvertently get caught in the crossfire of an indoor snowball ambush. Luckily the perpetrators are rotten shots.