What's Not To Understand?


With the Loughborough Half off, it’s the park and (surprisingly) the gym instead. I cycle for 12km, which should have been 15km but could have been 10km, so it’s a compromise, then 2km on the rower. I decide against the planned 3km on dreadmill on the grounds collapsing would embarrass L or cause her to disown me and anyway there’s two people on there already who look like they’ll show me up.


Then it’s off to the station to collect Daughter, who I am sure is home for the week because she loves us and has nothing to do with the fact she’s ran out of money...


In the evening we all head over to Quad in Derby tonight to see ‘Stoker’. A tale of fun, games and happy families.

Stoker revolves around something that nearly all households have, a sulky introverted teenager. Only this one has no equal. Ok, perhaps at first India Stoker (Mia Wasikowska) has an excuse. Her adored father (Dermot Mulroney) has just been killed in a freak car accident and her mother is Nicole Kidman. That’s not a good start to your eighteenth birthday in anyone’s books. 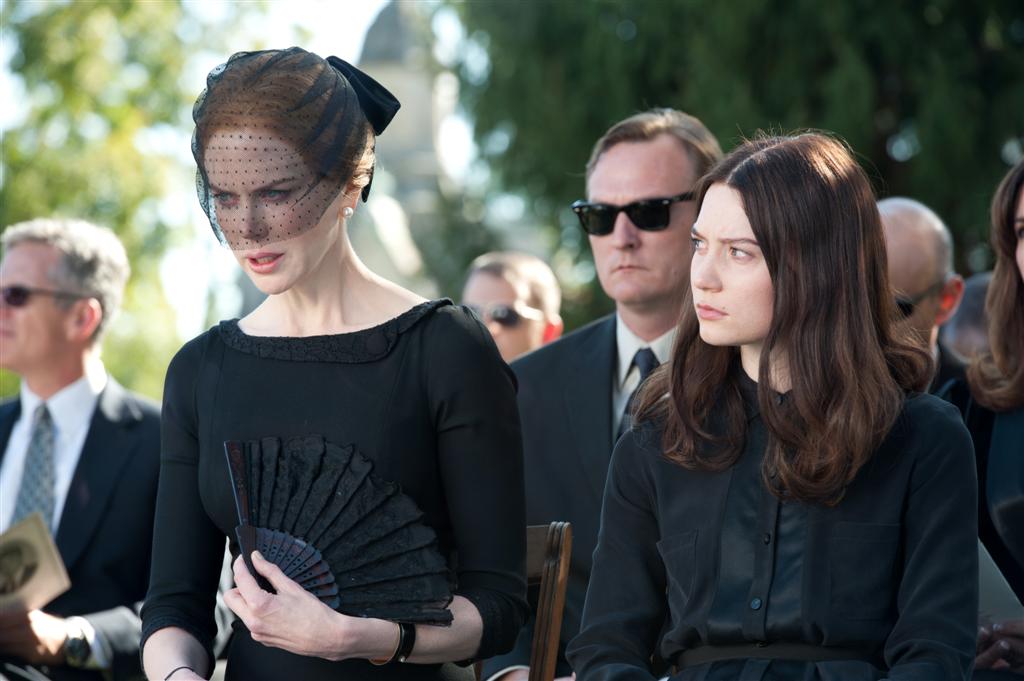 Just as India is wondering where she’s going to get shoes from now, because her father gave her the same pair every year on her birthday and who she’s going to shoot the local animal population with because her father did that too, long lost Uncle Charlie (Matthew Goode) pops up out of thin air to attend the funeral. He’s been off travelling the world apparently, funny then that no one’s mentioned him before... 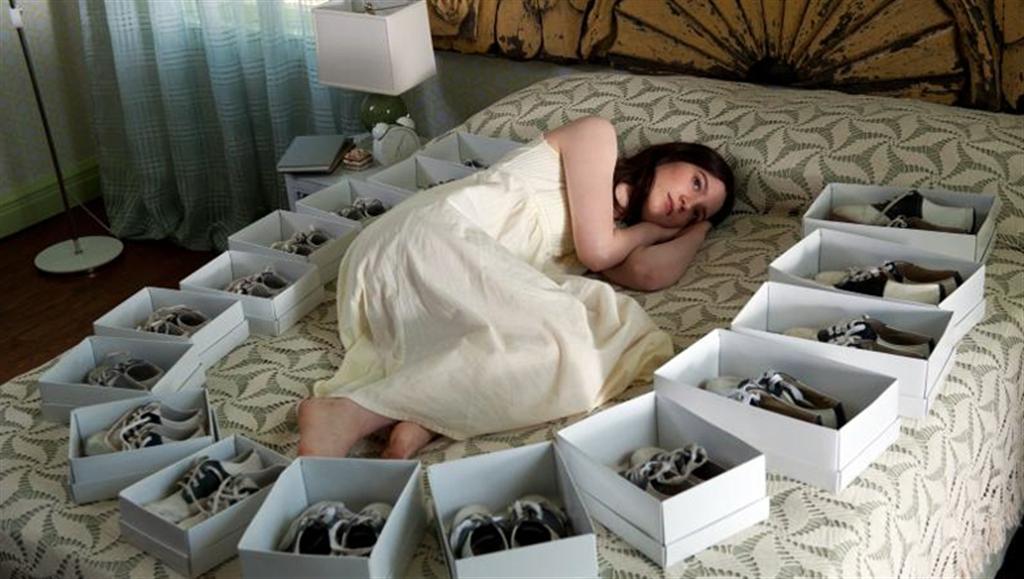 The good news is he’s going to stick around for a while, maybe indefinitely. India’s mother, Evelyn, who has already been taking her suddenly widowed status far too well now perks up even more. Though that’s relative, Evelyn doesn’t really do perky. Kidman is cast perfectly in the role of an unstable woman who sits around the house looking brittle, detached and pathetic all day long, stopping momentarily to flirt outrageously with her handsome brother-in-law before reverting back to type.

To be fair, Charlie makes eyes at both of them. It’s just that while Evelyn thinks Uncle Charlie is sex on legs and may possibly be up for more than your average family bonding, India thinks he’s the creepy uncle to end all creepy uncles and continues to ignore his attempts to befriend her.

In fact there’s something more than something a little creepy about Charlie. One suspects he has a whole football team worth of skeletons in his closet. Their housekeeper seems to know something. So, she promptly disappears and then turns up later amongst the ice cream in the freezer. Auntie Gwen (Jacki Weaver) knows something about him too but before she can say very much she’s packed off for a short stay at the local motel. A very short stay. 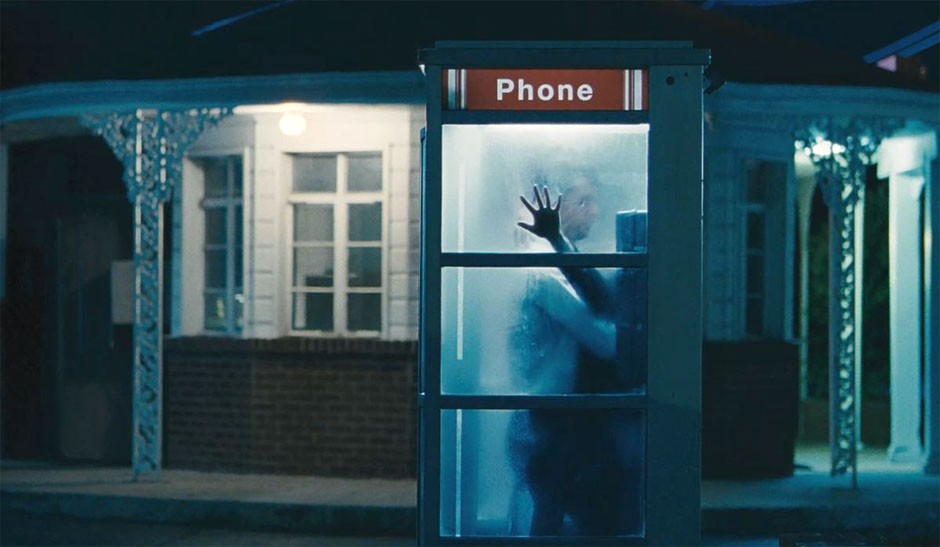 India too, suspects that he may have ulterior motives and yet, she becomes increasingly infatuated with him.

Of course there’s something really creepy about India too and she’s a total gift to the high school bullies, who constantly harass her for being a weirdo. To their cost when they find out that she’s a dab hand with a pencil. When she gives the come on to the nice one amongst them, she then finds out that he’s not so nice after all. Ok mate, so she bit you but is that any excuse for trying to rape her?

It’s at this point in life that a girl needs a guardian uncle, luckily she has one to hand. Uncle Charlie and his belt speed to their rescue and give the boy the Auntie Gwen treatment.

Uncle and Niece, having discovered a shared interest, now bond further by sharing burying duties in the garden. After which India tries to ring the aforementioned Auntie Gwen, only to hear her phone ringing somewhere underneath her feet, in the ground. After a moment’s reflection, in the shower, she realises what a sexual turn on it all is.

Now India feels confident in her own ability to go over the edge big time, so she does, with bells on. The murderer's apprentice has graduated. 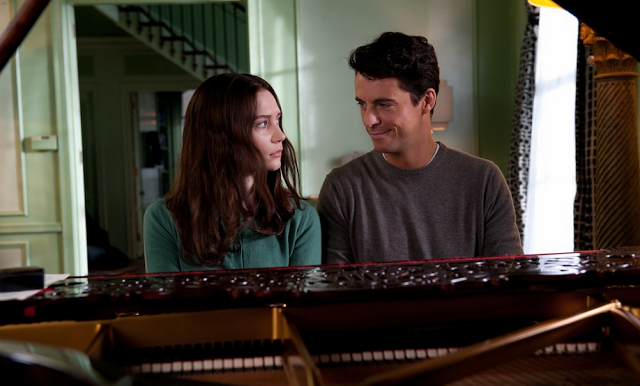 This intriguing family tale unfolds very slowly, building a gathering air of dread and gloom as it goes. This gives you time to peer into the minds of the Stokers and examine the family dynamic. It's not a pretty sight. Then when the expected murders finally arrive, they are presented with such relish that it is a little disturbing and that's not a pretty sight either.

You may guess that I loved it. Yes it's a weird film but just go with it. I thought it was clever too and nicely confusing; some scenes could either be real or imaginary, I like that sort of thing. There’s even a hint of very dark comedy in there which sits nice and uneasily amongst the murders.

People will say there’s a lack of a coherent plot and too many loose ends at the end but I’d simply say they weren't trying hard enough. What's not to understand? and as for loose ends, what loose ends? There aren't any, everyone's dead.

Daughter complains of two hours she'll never get back. Firstly it was one hour forty but anyway it was well worth two hours of my time, I loved every one hour 40 minutes of it.