Not Keeping To The Plan


Today is my birthday and I will spend it a at a dog show... Kindly they’ve given me a late start in all but one class. So I’ll wing that one when I get there after another couple of hours in bed.

When I finally arrive in Lincoln for the dog show, it is with perfect timing, just as they put two courses up for us to walk.

It becomes clear very quickly that MD is not keeping to the birthday plan. The plan being, that as it is my birthday he is going to treat me to a win. Two poles fall in his first run, one pole is his second run. Then just as I thought we were having a bad pole day, he keeps them all up in his next run but messes up the weaves. Then more poles fall down in run four. Doggo goes clear.

To be fair, MD’s actually not doing too badly. Perhaps he’s trying too hard. Then bizarrely, despite a 2nd clear from Doggo and another blip from MD in his last run, meaning no clears from him, it’s MD who gets a rosette for 15th despite 5 faults.

Tonight we take a look at Jamaica Inn on iplayer, which if you read the comments about it is all you can do because the sound is inaudible. I can see what they’re getting at but they’re wrong it isn’t inaudible at all. Still, we’re not terribly enamoured with it. L says it’s predictable. Yes, hopefully the young lass (Jessica Brown Findlay As Mary) goes on the rampage with a large axe and kills all the smugglers before topping herself. 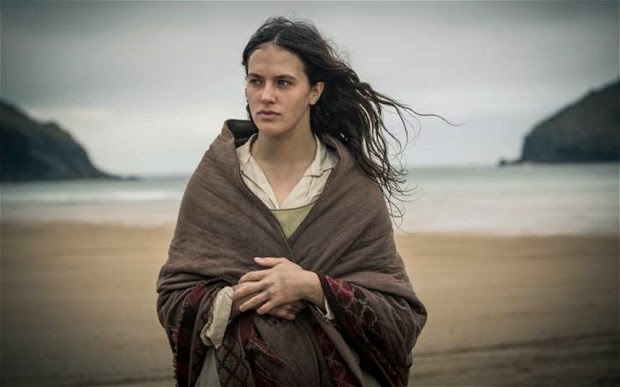