There’s no park for the boys this morning. The aim is to keep Doggo from over stretching himself so that he won’t limp into kennels next weekend.

Instead L spoils me by letting me take her boot shopping. We head over to Calverton to a couple of horsey type places that sell boots suitable for a WAG with a busy schedule of supporting to do. We find a suitably exotic pair but the shop owner seems a little put out when I try to haggle her down to the price they are on the internet. I succeed but only because we failed to find a really good internet price on her ipad.

Then back home, lo and behold, L goes out for a bike ride. She keeps saying cycling is the way to go and asking when our next sportive is. It’s all very odd and not the sort of thing she’s used to saying but I certainly don’t want to quell this new two wheeled enthusiasm.

In the evening we are back at Broadway.


The Double is loosely based on the Dostoevsky novel.

We meet Simon James (Jesse Eisenberg) on a train; deep in his own thoughts. Thoughts which are interrupted when someone tells him he's in his seat. The rest of the carriage is empty but Simon decides to move anyway. Then instead of taking another seat he chooses to stand in the empty carriage, this you realise later is important. 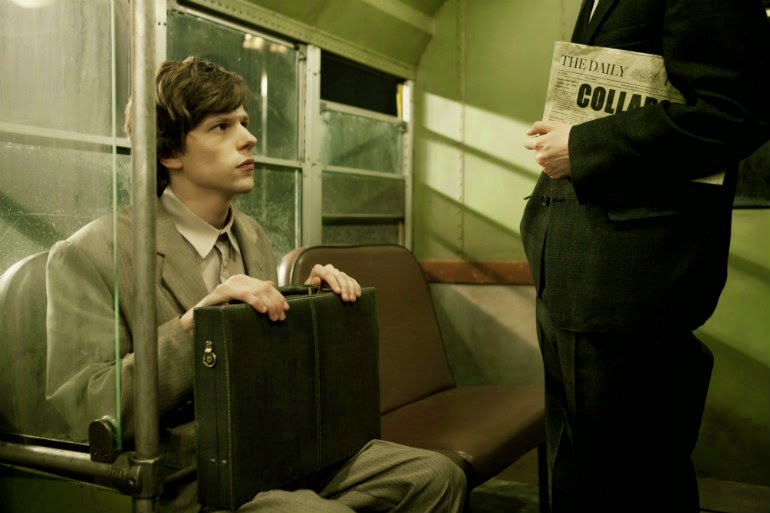 You see Simon is insignificant and he knows it. At work, nobody knows him or even remembers him from one day to the next despite him working there for seven years. He has ideas but nobody, least of all his boss, wants to listen to them and he lacks the courage to speak up for himself. As for the cute girl who does the photocopying (Mia Wasikowska), he knows he’s never going to have the confidence to declare his interest in her. 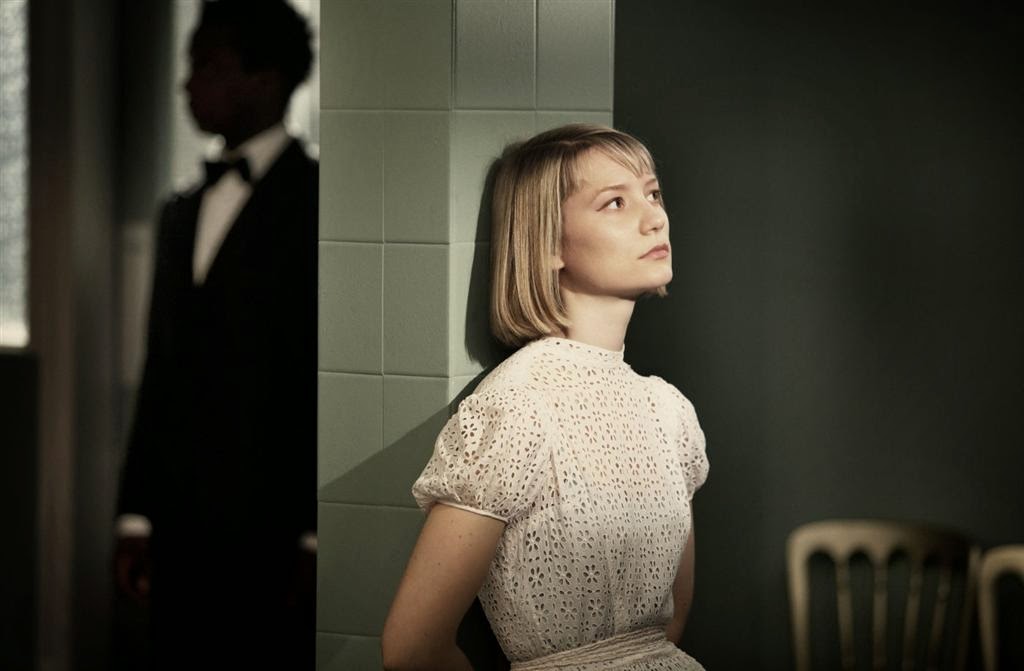 If Simon lacks balls, then James must have extra. James Simon is a new work colleague and is everything Simon wants to be. He is confident and adored by everyone. He is also Simon’s double, an exact physical double. Although this fact goes unnoticed by everyone apart from Simon himself. 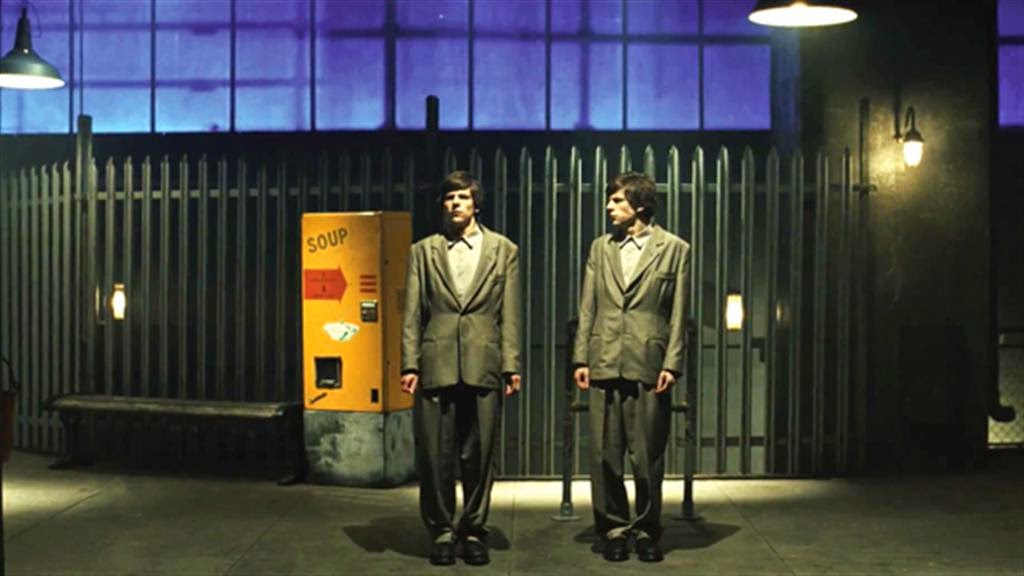 At first Simon makes friends with him and helps him with his work only to see James lauded by his boss using Simon’s own ideas. Not only is James an instant hit with his boss, he proves irresistible to the girls as well. Whilst Hannah of photocopying room has never given Simon a second glance, she is immediately enthralled by James and asks Simon to fix them up. 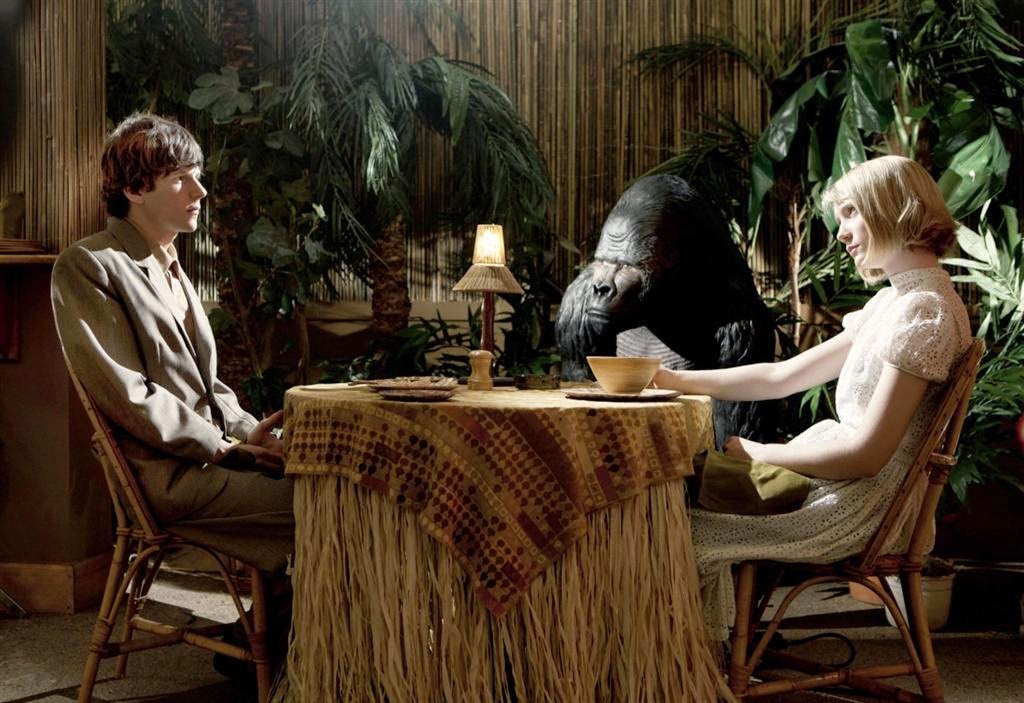 The big question throughout is, is James real? and how much of what we see actually is real? Is James merely an alter-ego? There are hints in many directions but we never get to really find out.

Of course I could be reading too much into this and it’s simply meant to show how ridiculous it could be if someone double did really appear in to their life. 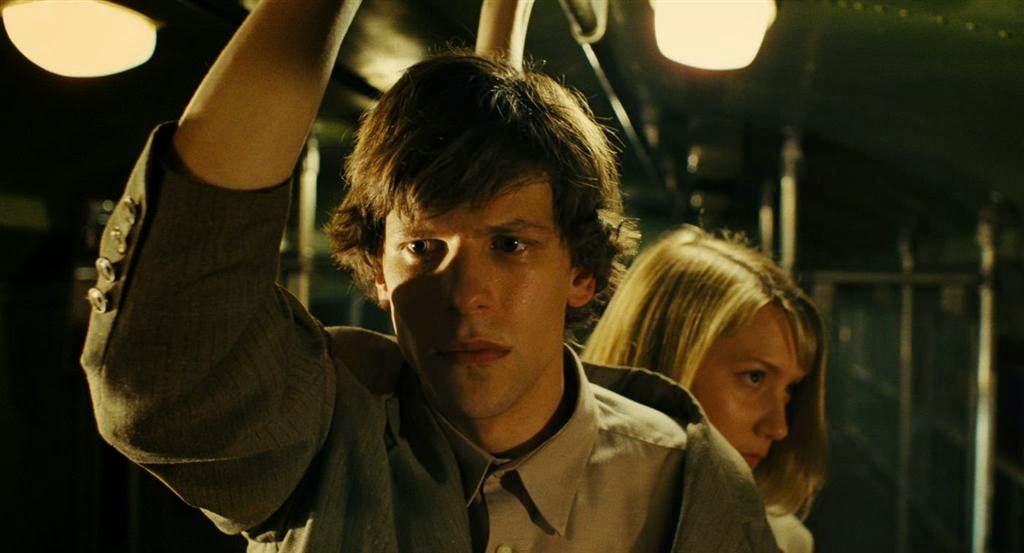 The film is a real curiosity piece, which needed a few pints to debrief it afterwards. Sadly we have a race tomorrow. Pretty much like ‘Under the Skin’ last week, this is a film that will divide opinion.


After filming this together Eisenberg and Wasikowska became an item, so I wonder which one she preferred.