There’s no parkrun this morning as L is feeling too injured. I had considered doing one with MD but after last night’s tight calf I think I best give it a miss. MD doesn’t look too bothered either. He’s probably worried that I’d wear my Sheffield Half t-shirt again. On the photos from Markeaton Park last week, the expression on his face appears to indicate that he is clearly embarrassed by the day-glow greenness of his partner’s t-shirt.

So it’s win-win with a lie-in instead. L is then at Pilates and I’m at the match as Derby have an early game at 12.30. In which they draw 1-1 with Sheffield Wednesday.

The earliness of the game allows us to take in an early film at Broadway.

‘Eye in the Sky’ is a thorough examination of modern military warfare and the complex decision making that goes on behind the scenes. The title refers to the satellite and drone technology that enables everyone involved in these types of operations to see the mission unfold in glorious detail. 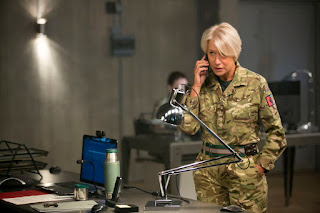 The film deals us a complex scenario which sees UK based Colonel Katherine Powell (Helen Mirren) in charge of an operation to capture terrorists in Kenya. The operation is almost entirely conducted via remote surveillance but for some local intelligence provided by Jama Farah (Barkhad Abdi) who is on the ground and even he has his own highly impressive mini-drone which he skilfully pilots. 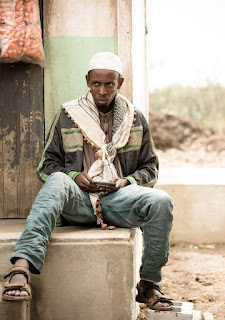 The objective of the mission soon changes when things don't go as planned and the terrorists end up in a house in a highly defended suburb of Nairobi, where they appear to be planning a suicide bombing. The mission is now eliminating everyone involved with a Hellfire missile with the added political ramifications from the fact that two of the terrorists are British and one is American. 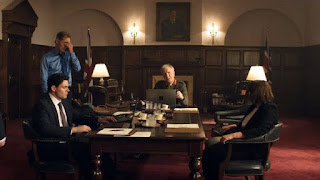 Throughout Powell in touch with her Lieutenant General Frank Benson (Alan Rickman) who is handling the politics of the operation in Whitehall. Lawyers stand by on all sides. Meanwhile in the US drone pilots Steve Watts (Aaron Paul) and Carrie Gershon (Phoebe Fox) are preparing to launch the missile from the relative comfort of their military base. 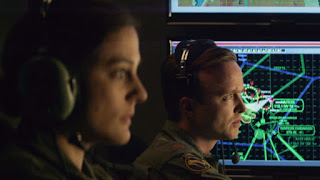 That is until they spot a young girl (Aisha Takow) selling bread in the vicinity who will be killed if they go ahead. This reignites communications between the various parties as the consequences are once more kicked about and sent higher up for decisions to be made and/or avoided. Never has the sale of bread been so riveting. 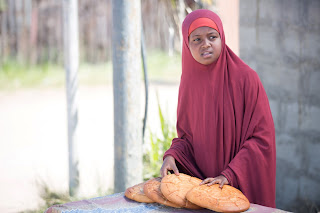 Who knows if this is exactly how everything really works or not, and I wouldn’t really expect them to give us the full story in any case but it’s an impressive bit of film making and a superbly engaging film.

It is also a film which will be remembered as the last one to feature the great Alan Rickman who died in January. 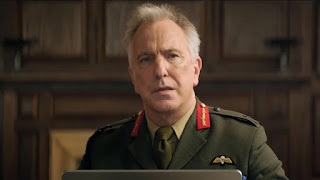 Afterwards we eat at Broadway and then head up Mansfield Road to the Golden Fleece.