Today we head off on a brief European Tour. Which naturally starts, as all good trips do, at the kennels in Ruddington. Then it’s to East Midlands Parkway where we get the train down to St Pancras. After a brief respite for a pint in the Parcel Yard at King's Cross we then get the Eurostar to Brussels. Which is possibly our last trip through before Boris bricks up the tunnel.

We are accompanied by Rachel Abbott and Stranger Child, on audio naturally. This is book four in the series of which I have read all three previous ones, L has read just the one. It’s not often I can brag about things like that.

We arrive at the Brussels Midi station and check into the local Ibis. Then it’s a matter of finding a decent bar. My research had detailed the Moeder Lambic Fontainas bar as being the best option and my research wasn’t wrong. The bar was listed as having one of the widest ranges of beers on tap in the country and there was an extensive menu on the table waiting for us, as well as a specials board. 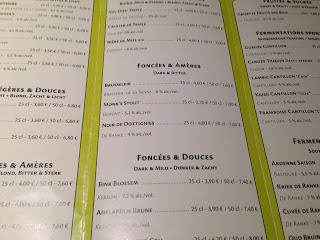 We order far too many beers and also a plate of meats and cheese to try to soak things up. 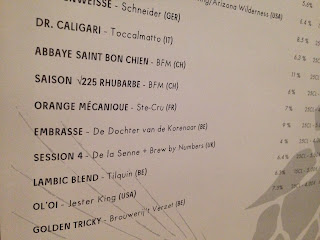 It's an excellent night and we may have both avoided a next day hangover had the hotel not been offering Leffe Brune on draft, which is something you just don’t see in the UK anymore...