Giving Up The Ghost


A text from L arrives

Sex? Can't be, I'm not there. Nope, she’s been doing Parkrun tail runner duties at Forest Rec. She’s an odd one sometimes then she’s off to Pilates.

The boys are I are in the centre of Nottingham for the start of Stage 5 of the Women’s Tour. We have a great time. First we barked at ITV4 presenters Ned Boulting and Helen Wyman who were recording their TV intros. Although I think they had to do four takes due to crowd noise... Then we barked at Robin Hood, the police motorbikes, race leader Lizzie Armistead and many more. MD does love his cycling.

Then we head over to my Mum and Dad’s to see the race go through there and to wish my Dad Happy Father’s Day. I’m a little horrified to see that my Dad has let his garden revert to nature due to it being too much for him to look after. This won't be popular with my brother.

Talking of gardening, I head to B&Q and buy some new hedge cutters. Then I finish the hedge which I started cutting last week before the (not so) old cutters gave up the ghost.

Tonight we head to Cineworld to see a film which is most definitely of L’s choice.


'Me Before You' is an adaptation of the book by Jojo Moyes and it is good to see Moyes also wrote the screenplay. This is so not my type of film and therefore I probably saw things very differently to how its target audience probably did. However, it has to be said that it turned out to be nowhere near as bad as I feared it would be. In fact I quite liked it.

Louisa Clark (Emilia Clarke) lives in a village where nothing ever happens and nothing ever happens to her but she is very happy with that level of dullness. She works in the local cafe which somehow enables her whole family to stay afloat financially, so when she loses that job she desperately has to find a new one pronto.

This is when she takes up the offer of a six month contract as nursemaid to a quadriplegic grown up rich kid Will Traynor (Sam Claflin) where she works alongside his personal nurse and therapist Nathan (Stephen Peacocke). 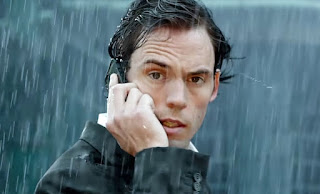 Prior to his life changing accident Will was once a rugged action man (you know skiing off cliffs into fiery pits, that sort of thing) as well as a successful executive who had everything to live for. Now he feels has everything to die for and has become bitter and reclusive, turning away his girlfriend (blonde naturally) who then leaves him for his best friend.

We don’t immediately find out the reason it’s only a six month contract but it’s soon revealed that he’s promised to give his parents that much longer of him before he’s off to Dignitas. His accident has ended the all action life style that defined him and he has no wish to live the rest of his life as someone he isn't. Therefore his parents had not really been looking for a nursemaid more a bit of crumpet who might give him something to live for and change his mind. Enter Louisa. 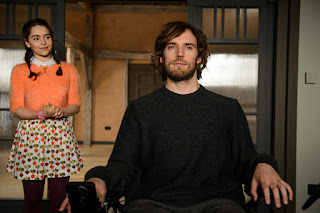 Unfortunately Louisa, a perpetually silly, perpetually happy girlie girl with an eclectic wardrobe and eyebrows that never sit still is the last thing Will thinks he needs and he’s probably right.

Still, she does her best to put up with him mainly because she needs the job. Eventually though they make a connection, not by Louisa piercing his hard shell but by him piercing hers by getting her to watch a subtitled film, something that was previously several million miles outside her comfort zone. 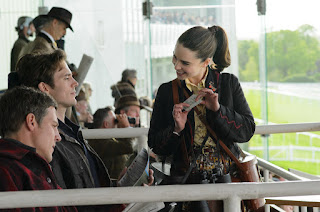 Soon they are forming a close bond and she convinces his very rich parents to fund various trips she plans to make him think life is worth living after all. Putting aside the fact she picks things which are not in keeping with the all action life style he craves, either because they both know she can’t recreate it or in the misguided belief that something else might be as good, I’m not sure. 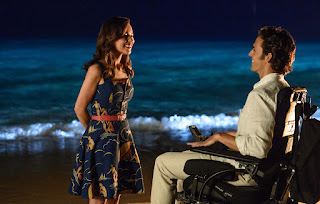 Many will call this a romance, it isn't, or perhaps all that malarkey just went right over my head because a pragmatic male like me can’t really see how she would fall for him in the first place and anyhow, when she did, he was having none of it. As he tells her near the end, if he could have done to her all that he wanted to then it might have been different but he can’t, so it isn’t. This upsets Louisa but she is off message from the start and doesn't realise that while she’s trying to teach him to enjoy life again what is really happening is he is teaching her to be more adventurous with her own life and when he is gone, he hopes his adventurous spirit will live on through her. They may have started out a world apart but both gradually realize that what one once possessed, the other now needs. 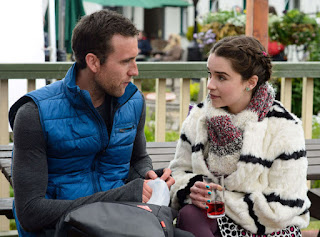 A few other things don't add up particularly Louisa's fitness freak boyfriend Patrick (Matthew Lewis), who is portrayed as a bit of an idiot for wanting her support as a runner/triathlete and wanting to take her off to Norway with him for an event. It sounds like the famous Norseman to me, which sounds like exactly the sort of thing a fully mobile Will would have done and the immobile Will would have urged her to go and experience surely but, hey ho. I did end up feeling sorry for the poor guy.

I liked the film mainly because I could relate to Will and totally understood his stance on where he now was. He opted to die and I admired the film (and Jojo Moyes' book of course) for sticking to that and not engineering any miraculous recoveries or an uncharacteristic change of heart on Will’s part. 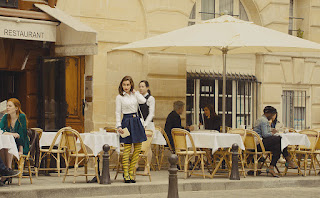 To quote the film (and Will) ‘You only get one life. It is actually your duty to live it as fully as possible’.

Trust me, it’s not as bad as you might think.


Afterwards we go to cry in our beer in the Room With a Brew although the Beyond Reasonable Stout is far too good to shed tears into. Then I chalk up another dark one up with a Guerrilla night cap in the Organ Grinder.