A Right Couple Of Groupies

L heads out early this morning for a run. Don’t how she managed it but she did. I’m impressed. It’s a dog free run of course, so I’m stuck with Doggo and Groucho. Actually it’s a pleasure to go for a walk in such angelic company. Kind of.

Tonight, Feeder for the second time in four days. We’re in Leamington Spa, which is a very pleasant old town. So nice in fact, that it makes you wonder why they let the students invade. The venue is called ‘The Assembly’, which opened its doors as a concert venue only in 2008 after a multi-million pound redevelopment that was designed by Lawrence Llewellyn-Bowen but we won't hold that against it. 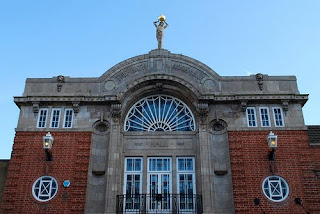 Originally built in 1926, and called The Bath Assembly Hall, it was the place to go for your Foxtrot, your Waltz or your Quickstep. I only half know what they are, I read it on their website. It was later renamed ‘The Palais de Danseand’ and claims to have invented ‘The Palais Glide’. Now I’ve heard of that. We always referred to doing the ‘The Palais Glide’ when we pogo-ed around to assorted new wave tracks at Student Night at the Nottingham Palais in the mid 1980’s but I’ve no idea where we heard the term.

Like a lot of old dance halls and theatres it had most recently been a bingo hall. It’s good to see it now being put to better use, although it seems very quiet tonight compared with Rock City on Monday, although also sold out.

Love Amongst Ruin are first to take to the salubrious Art-Deco surroundings. Love Amongst Ruin were founded by Steve Hewitt, former drummer and songwriter with Placebo. He has teamed up with Julian Cope’s former right hand man Donald Ross Skinner, so this five-piece has something going for it already and interest for me.

The results, however, are nothing like Placebo or Cope’s music for that matter. Their sound is quite heavy, the songs quite sad or perhaps it’s just that Hewitt has a sad anguished sort of face. 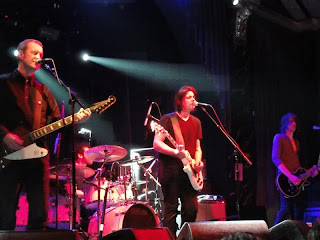 Their cover of Thin Lizzy's ‘Got To Give It Up’ is dedicated to the deceased Lynott and Moore and no longer to ‘an ex-friend of mine’ he tells us. Oooh is that a dig at his former band? He was sacked from Placebo. That it is their best moment perhaps isn't surprising.

Hewitt refers to ‘the mighty Feeder’ after every song. I’m not sure if he’s trying to be ironic or not. I mean Placebo were pretty big themselves.

When they finish with a track called ‘Home’ I wonder if there could be some kind of weird symmetry about to happen here...

And so it proves as Feeder tonight open with ‘Home’. 'Home' makes a good opener. In fact I would go as far to say it sounds better there. Then I realise I owe apologises to ‘Insomnia’, which I dissed a bit on Monday. It was deadly tonight. 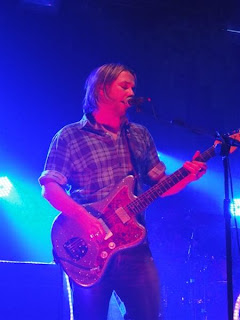 A change of opener isn’t the only flirtation with the set list tonight. Shock horror. Feeder shuffle set list. A bit. ‘This Town’ and ‘Sentimental’ swap positions, which is daring stuff for Feeder. Who says they don’t vary the set list enough? Oh yeah. It was me wasn’t it.

Grant aborts ‘Feeling A Moment’ and then restarts it. Not totally sure why, it sounded ok first time to me. 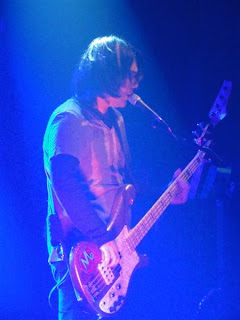 ‘Renegades’ is again ace but then I reckon the sound is really good here, better than Rock City even but my partner disagree. So perhaps it’s just me. It’s a good venue though with a really high stage.

There are shouts again from the crowd for ‘Turn’, maybe one day. 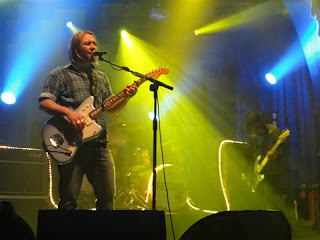 Of the singles, ‘Seven Days In The Sun’ again stands out. ‘Buck Rogers’, which precedes it, again gets worked over by its bigger brasher ‘Echo Park’ brother.

There’s good news in that ‘White Lines’ is back; it has been missed and is the best of the ‘Renegades’ stuff tonight. Then Grant announces ‘one for the old school....’ which is only ‘High’, of course. 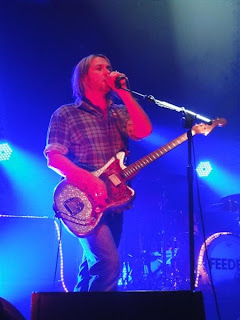 The encore remains the same. I reckon ‘Tumble And Fall’ is in to show off Damon’s drumming. He does do a great intro to it. He is again resplendent in shorts and something that looks like a dog collar but not much else.

At the end after another cracking rendition of ‘Breed’, L catches a plectrum and I, finally, after 25 years of trying, get a drum stick. What a pair of groupies.