L has suddenly been struck down by some sort of virus. At first I thought it was some adverse reaction to Yorkshire hills but no it appears to be more of a flue sort of thing. So we didn’t get to celebrate our Huddersfield survival yesterday and she’s not looking too good today either. I step in and do dog duty again.

L stays off work which confuses the dogs, who are a bit shocked to have her at home. That is, in case she ruins their restful day by making them go for a walk or something equally strenuous. They're safe. L alternates her time between the computer and collapsing back into bed. Which these days, I believe, is the typical weekday of choice for a lot of the population although L does at least spend her computer time doing some work. This arrangement also suits the dogs just fine, that’s their sort of day, just without the computer bit.

After all that rest I’ll be expecting great things from MD tonight. Finally we have some dog training to go to, it seems ages since we last did any.

A quick peruse of the Oscars awards doesn’t reveal many surprises. As much as I liked ‘The King’s Speech’, it wasn’t, in my opinion, the best film and Colin Firth wasn’t the best actor but that’s Americans and royalty for you. I’m pleased ‘The Fighter’ got a couple of awards and I’m pleased for our Nat, even if that lithe ballet figure is now carrying a bit of extra weight. Apparently it was one of the choreographers on the set of 'Black Swan' that did it. I don’t mean actually ‘on the set’ but, then again, who knows. They were doing 16-17 hour days.

L’s well enough to check the frocks out (that's not work) and gives the award for the best to my mate Mila. 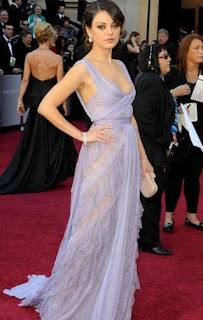 Yeah perhaps, I did look at the photos but didn’t really look at what they were all wearing.

I get home to find our wheelie bin in a right state, rubbish hanging out of it and all over the floor, whilst the bin itself is still a quarter full. I’d like to say this situation is a one off but it isn’t. I snap a few photos and email them to the council.

MD does indeed turn out to be well rested and is manic at class. That’s no bad thing and he (almost) achieves some great things. We’re still working on them. Doggo doesn’t get to train. Instead he gets a brief ten minutes walk. Time enough to wee n sniff, do his number twos and wee n sniff some more. Most of life’s little pleasures.