Time To Brush Up On The Norwegian

Today I don’t have a race to run or a dog show to go to. OMG. What to do? Nothing. Well nothing that involves getting out of bed before lunchtime.

After a park session we head to Broadway, where we eat out for the third time in three days. So decadent.

Before we eat we take in another film and it’s my choice. I'll take L's Salmon and raise her one 'Headhunters', 1-0 to me I think, or to give it its original title - ‘Hodejegerne’. Yep it’s time to brush up on my Norwegian. Again.

It’s ostensibly a thriller based on a Jo Nesbø book produced by those Yellow Bird folk, the Dragon Tattoo people. Usually the book is a lot better than the film of the book. All I can say is; it must be some book.

Roger Brown (Aksel Hennie) works as a corporate headhunter but his job clearly doesn’t pay well enough to keep his woman (Synnøve Macody Lund) in the style she's become accustomed to. For which he has our sympathy. 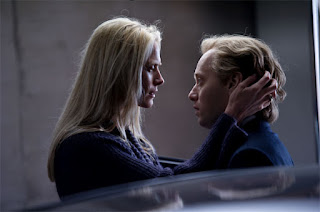 He’s worried she’ll leave him because he's short with an inferiority complex whereas she's tall, blonde and beautiful. Perhaps he has a point. So to make her ends meet, he has a side job as an art thief. 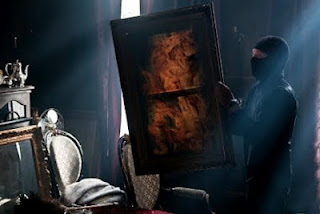 Also on the side, he has mistress Lotte (Julie Ølgaard), which doesn’t really make sense. Why resort to crime to keep the woman of your dreams and then have a mistress... but then little is simple in Headhunters. 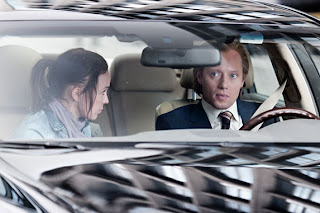 He uses his job to ascertain whether potential job recruits own any decent works of art, whether they live alone, have a dog etc... then he burgles them, replacing their paintings with fakes. He is aided and abetted by Ove (Eivind Sander), a security expert with a taste for Russian prostitutes.

When Roger is introduced to Clas Greve (Nikolaj Coster-Waldau), a man who has allegedly an original Rubens hanging in his grandmother’s apartment, suddenly he has the ‘big one’, the one that will finance his trophy wife for good but this time he steals from the wrong guy. Greve turns out to be a psychopath, things get rapidly out of control from there on in and Roger finds out what it is to be headhunted himself. 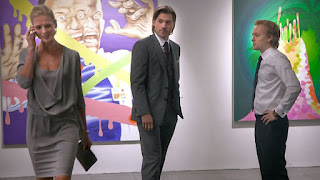 He ends up fearing for his life but at first, he doesn't really know why. As the bodies mount up, he doesn't know whom he can trust and whom he can't. Nor can we.

The film is clever in that you start by seeing Roger one way but pretty soon your perception of him changes. Roger goes through a lot, a hell of a lot and ends up doing things he wouldn't ordinarily dream of doing, just to stay alive. 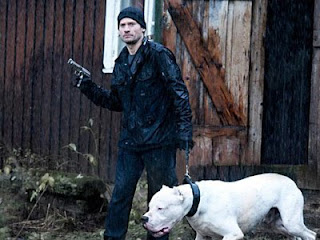 The film is full of surprises and at times leads us on a right merry dance. You think one thing but then you think something else. You start rooting for one guy and then end up rooting for another. It’s all done at great pace and with a rather dark, macabre sense of humour bubbling along just under the surface, including a rather shameless rehash of a scene from Slumdog Millionaire.

It would be impossible to spoil much more of the plot for you because there's so much of it and it gets increasingly more complex as the film goes on but it always remains plausible, just about. Just don’t dare blink.

See this before a Hollywood remake appears. Apparently Mark Wahlberg already has his hands on the script. Why bother? There’s no way on earth Hollywood could better this.