I do a little training run tonight, just to get back into the swing of things. A quick jog from work through to Chadd and then the bus down to Stapleford before running the four miles home from there.

L walks MD and Mr Unmentionable up towards me, to rescue me from myself. The run goes well, in fact I could have gone on and on, so it’s a good job I had the rescue party planned to stop me.

We head home to solve the conundrum that L had been battling with earlier in the day. Just how did I get the old settee into the living room? Hmmm. It went in... somehow. Now it needs to come out to make room for the new one... somehow. She could try taking the dog off it, which might help.

The conundrum is soon solved, with only minor damage to the door frame.

We'd already pencilled in an extra debauched Friday to make up for the complete lack of ‘us time’ on Saturday due to a multitude of expected tradesmen and a lunchtime kick for the match with Leeds. Yep, I’m talking ‘Hunted’. 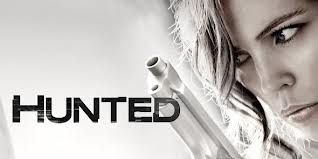 The series has created a buzz, not necessarily about its good points but a buzz none the less. Now we’ve finished it and as everyone else has been taking the piss out of it, now it's my turn or rather, actually, I'm going to stick up for it. Perhaps it's just because we don't watch much TV but decided to watch all eight hours of this crammed into a fortnight courtesy of our PVR. It's so completely mad and impossibly unrealistic that it’s been compulsive viewing.

The plot... An East End gangster wants to buy the Khyber dam. The mission of the spies at Byzantium is to stop him. That’s it, dead simple. So I can’t see why people found it so hard to follow.

Byzantium’s star player, centre-forward and centrefold is Sam Hunter played by Melissa George, an Aussie playing a British spy pretending to be an American nanny. This particular 5ft and not much, undercover nanny is one mean lass. Not only does she start off dead, recover and then die again (although not really), she scythes her way through so many East End gangsters that they had to recruit a load more from abroad. The body count is so high each week that they keep adding new characters each episode to top up the cast. 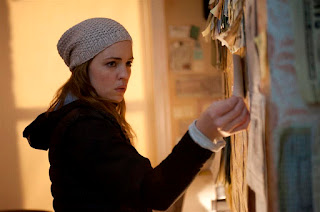 Teflon Sam doesn’t bruise easily, which is just as well when you want to slip into a slinky little black dress seconds after some thug has tried to kick seven bells out of you.

Sam sleeps in corners and has distressing childhood flashbacks. That is when she actually sleeps at all. Most nights she sneaks out to go to Byzantium briefings which are relayed on the biggest ipad you’ve ever seen (I want one), kill a few crooks and still be back for breakfast looking as fresh as a daisy. In fact, she can even sneak out in the middle of a romantic tryst, get changed, burgle an office, get changed again and still be back before her date notices. 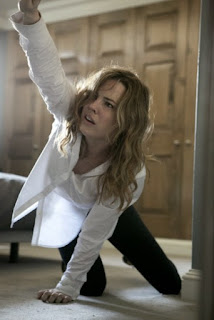 Among her colleagues are Sam’s ex-shag Aiden, not his real name, father of her dead-not-dead baby and now infiltrating an MI6 agent named Natalie as often as possible in a hotel bedroom, all in the name of the cause but really she’s spying on him because he’s the mole or at least we think he is. 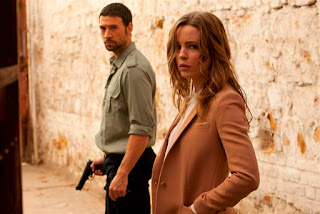 The series mixes the humour of the improbable with some dark humour too. I particularly loved the death of the wonderful Rafi-the-Rabbit, who had to bite the dust because he lives in a prime spot for a sniper to shoot down an important official. Then there’s the use of dead team member’s Hassan’s boot as a paperweight, not that he wore boots.... The murder of a left wing economics expert with a statue of Karl Marx...

I’m sad that it had to end but end it did, as it started, with Sam dead again but recovering well in the Scottish mountains. 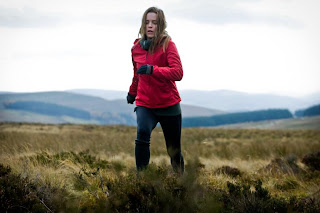 It was quite simply one of the most nonsensical TV series I have ever seen. We were open mouthed with admiration throughout. Miles above the normal BBC rubbish. More please BBC.

Only problem being the BBC have already cancelled the second series due to poor ratings and complaints by viewers that they couldn’t follow the story... What do the BBC expect? They have spent the last twenty years dumbing down their output so that everything can be watched with the brain turned off and then they seem alarmed when people can't follow something a little different. Give me strength.