After a wet trip up on Friday it’s stayed pretty much dry since. Although we’ve already had enough rain to make parking on the usual fields impossible. So we have to make a £4 donation to the National Trust to use their car park. It should have been more but we’ll take the risk that no one spots we’re going to overrun the two hour limit.

As usual its a 12 noon start for the traditional Great Langdale Christmas Pudding 10k. The new owners of the Sticklebarn - the National Trust, who annoyed us last time by changing the pub so much, now appear to have annoyed the race organisers as well. Consequently the race HQ is now at the adjacent New Dungeon Ghyll Hotel. This also makes for a slightly changed course due to a new start and finish position.

Even then I start too far back, this is of course L’s fault as she told me to take it ‘steady’. So it’s a congested start and the first km takes me 6:35. Which is slightly misleading because the 1 km marker hasn't moved despite the new start beign further down the road. When I finally get my running legs together, I can start getting on with the task of overhauling Spiderman.

Once he’s been despatched I turn my attention to Wonder woman, who isn’t so easily dealt with and hangs like a carrot in front of me for the entire race. That is until near the end where she finds a finishing kick from somewhere. It comes from a place that I haven’t been informed about because I can’t find one and she edges further out of my range. Then just to complete my misery, who should sprint past me but bloody Spiderman. Woe is me.

The last km here is usually way shorter than a km and due to the repositioning of the finish, will be even shorter today. Only the marker doesn’t turn up at all, clearly it is now so close to the finish it’s not worth putting out at all.

My time is not good, 46 minutes something, my slowest Langdale ever, clearly my legs are now officially falling apart. I am handed my Derbyshire Mathew Walker Christmas pudding and a mince pie before heading back to the car to unleash the boys.

The rain holds off but for a shower in the middle of the race followed then by another shower at end after I’ve got changed and I’m wandering around looking for L who has sneaked across the line when I wasn’t looking. To be honest I was probably being pulled towards a wall for a long peeing session at the time.

There’s not the usual post-race crush in the Sticklebarn due to the race not being based there any more but it’s still busier than the New Dungeon Ghyll which simply does not have the room to be busy. The lack of space means they hold the presentation in the tent at the finish which detracts from the atmosphere a touch. We at least do frequent their bar for a swift one. 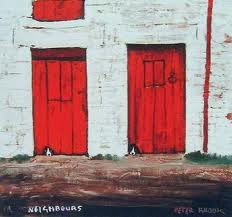