Time To Extract The Positives

Today I’m at a dog show at Kelham Hall near Newark, which is somewhere I haven’t been before. It’s a very pleasant location they have for the show, on the football pitches in front of the hall, just around the corner from the wedding reception that is taking place. We'll try not to mingle. 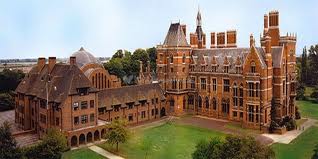 It’s not a Kennel Club registered show, so the results don’t count as such, but I felt we needed the practice.

However when the entries came through they had amalgamated my classes with the level below. This would most likely mean easier courses, which isn’t what we need at all. That combined with an outdoor temperature of -1 and a heavy frost first thing, made me have second, third and fourth thoughts about even going.

So I went deliberately late because we didn’t have any early runs but when I got there I found out they’d decided not to start until 9.30 rather than the advertised 8.30. Ho hum. Could have had an extra hour in bed.

I needn’t have worried about the courses though, they turned out to be far from easy and as for the weather, by mid-afternoon that was almost balmy. It was almost strappy top weather, it’s just a shame dog agility attracts so few people you’d wish to see in one.

MD's first run wasn’t very good but it was only something called Snakes. Then we got E’d in the Agility but then so did almost everyone else. First I blame MD but then realise the elementary mistake I made. Oops. The rest of our run was good, so it’s time to extract the positives.

I can’t even get Doggo clear today. Not that it was our fault really; the judge put weaves in the Veterans. We don’t practice weaves any more and he missed one out.

After a couple more so-so runs from MD, it’s Doggo who saves the day (again). He remembers how to weave with a 3rd in something called TFO. Basically it’s do as many obstacles as you can before you mess up. MD managed two but we’ll gloss over that as he’s back in the car in shame, Doggo manages eight before he has a jump down, which isn’t exactly spectacular and it would have been more if some idiot (me) hadn’t mistakenly entered him in medium height rather than small.

When I get home we head over to Leamington for a late Sunday lunch with Son in the pub with the plastic horse outside. It’s a fair way to go but I’m always game for a Sunday lunch, oh, and to see Son of course.