The Mother Of All Traffic Jams

We pack up camp and get the early-ish morning ferry (9:40am) over to Lochmaddy on North Uist. 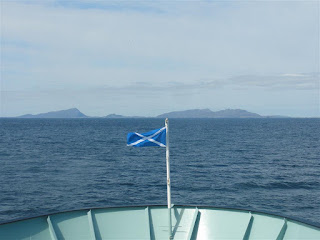 The ferry journey takes an hour and forty-five minutes, for which we leave the boys in the car. MD in his box on the backseat probably asleep and oblivious to everything that's not going on. Doggo meanwhile in the boot being as watchful as ever, surrounded by the other vehicles on the car deck, assuming most likely that he is stuck in the mother of all traffic jams. Meanwhile we’re tucking into the good value full Scottish breakfast that is served on board. 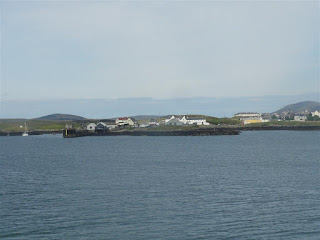 Then we’re rolling off the ferry and driving across North Uist which looks simply stunning in the sunshine. The terrain here is rather Icelandic, rocky but very flat with lots of little ‘tarns’ (to steal a Lake District description) everywhere. In fact more of the land is probably water than land, if you know what I mean. 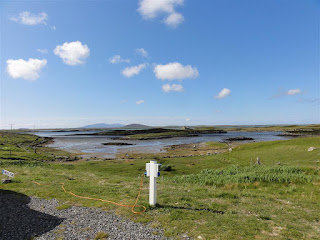 There are a few villages but mostly the houses seem to be scattered around almost at random.

We pitch the tent at Moorcroft Holidays campsite, which had almost hotel quality facilities, a kitchen and flat grassy ground that our tent pegs instantly fell in love with.

What roads there are, about two, are mostly dead straight and single track, where the rule seems to be either to drive as fast as you can or to quickly dive out of the way in one of the passing places. 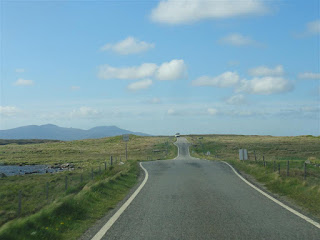 It was along one of these roads that we found the Westford Inn, the only pub on North Uist. They served a decent pint of Isle Of Skye’s Red Cuillin and also the stronger Blaven from the same brewery. The Blaven is ‘on the turn’ but L likes them like that, so we take a ‘take out’ back to the tent.