This morning we head up the M6 and the M74 to the Gorbals. Yes, glorious Glasgow. For once it’s an easy passage up the motorway and a reasonable five hour trip.

We’re staying at the Holiday Inn, which is adequate, if unspectacular. Its right next to the Winter Gardens and the River Clyde, which makes a pleasant evening walk as we attempt to find the extremely unsignposted new velodrome. The Sir Chris Hoy Velodrome that is, for the inaugural Glasgow World Cup. We get there eventually. Now if they’d said it was right next to Celtic's football ground then that would have made things a lot easier. 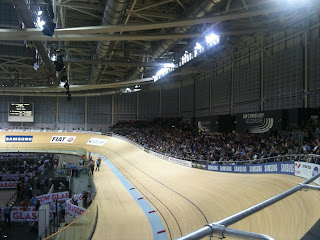 The racing is a spectacular as ever, although we miss the biggest crash of the day which came in the afternoon session for which we didn’t have tickets. It came courtesy of our own men’s team pursuit squad, which featured none of the Olympic winning quartet, and who fell off, spectacularly. So no chance of a medal there then. 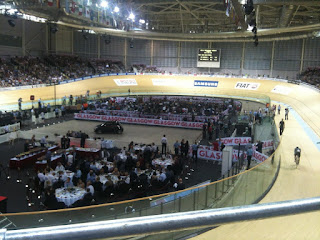 Elsewhere there was more success. The two blondes on bikes, our Women’s team sprint duo of Jess Varnish and Becky James, didn’t fall off and beat Spain for gold.

There was also no falling off either for the women’s pursuit team, featuring A Level student Elinor Barker rather than the virus struck Jo Rowsell alongside Olympic champions Dani King and Laura Trott as they beat Australia to Gold.

There was an experiment in the team sprint, where Olympic team pursuit champion Ed Clancy debuted at the shorter distance alongside Olympic champions/world record holders Jason Kenny and Philip Hindes, as a replacement for Chris Hoy, in the Chris Hoy Velodrome. So no pressure then. They got silver. Which surely counts as a success.

Afterwards, and before as it happens, we frequent the Blackfriars bar, a rather pleasant Glasgow ale house with some rather quaffable beers. 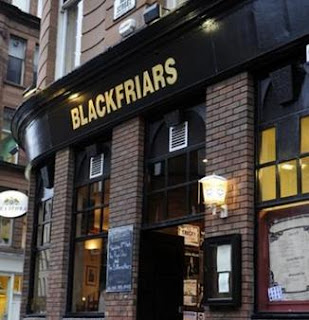