L reckons she ought to run this weekend even though we're away. My opinion is that she didn’t ought to run, no, not at all. She should put her feet up and have a debaucherous weekend where she eats loads, drinks loads and lets herself get led astray by me as often as possible, persistent concierges permitting. She can always hit training hard on Monday.

Clearly a bit knackered from so much debauchery, in this case mainly watching cycling and late night bars, we oversleep and nearly miss breakfast. Which turns out to be a bit naff anyway. Scrambled eggs, sausages and beans does not a full English (or Scottish) make. Oh well, it is only a Holiday Inn I suppose. Then back to bed I think.

Later we wander around Glasgow which is a mix of lovely old buildings, a few new ones and quite a bit of dereliction. The overall impression is very positive though and it’s a much friendlier place than I expected. Compared with London say, that’s assuming the Olympic glow has worn off down there, during which it was really friendly. 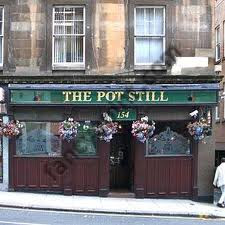 We find a pub called the ‘Pot Still’ and where Scotland are getting stuffed in the rugby on the big screen. The locals all seem to be ignoring it or pretending to ignore it. We have a pleasant drink or two and then it’s back to the velodrome for Day 2. 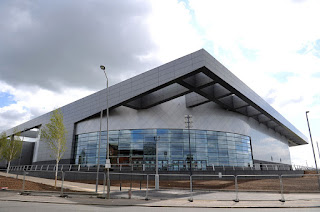 Our two blondes get silver and bronze in the individual sprint. They met in the semi-finals where Jess Varnish won a close battle 2-1 before losing out to the super human thighs of Germany’s Kristina Vogel in the final.

There are crashes galore elsewhere. While Olympic sprint champion Jason Kenny looked totally untroubled in his Keirin semi-final, Lewis Oliva left his on a stretcher after crashing on the final corner which left him with concussion and skin abrasions. We were to see a lot of impressive skin abrasions over the weekend.

Then in the final it was Kenny's turn. When Kenny clipped the back wheel of another rider it was goodbye to a medal and hello to those skin abrasions. He did pick himself up to finish the race fourth on a road bike.

Then it's time to settle down for the Laura Trott show, the Elimination Race. Which early on featured another crash, as a German girl went down hard. First they had to neutralise the race and then stop it completely as she is stretchered off. Then it’s back to Trott for the usual master class and victory. It not hard to see where the bragging rights are in the Trott/Kenny household tonight.