Breakfast is substantial, particularly for those who had a cheeseboard last night that they shouldn’t have had. That's not to mention feeling a bit ruff after A Bit'er Ruff. 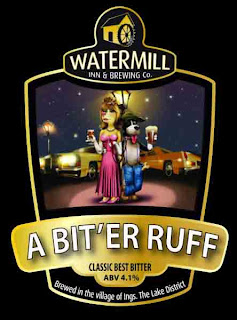 Instead we take a rather pleasant jaunt up the low lying fell of School Knott. After which we take a wrong turn of sorts and end up in Windermere, when it should have been Bowness. Once we’ve corrected ourselves we can stop for a break at one of the pubs there, the Royal Oak. Which is in fact the official finishing pub for the Dales Way. 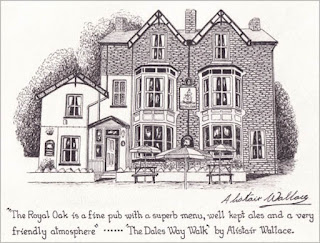 It’s a bit fraudulent though, as we’ve only done about 2 miles of the Dales Way, rather than the full 84 mile hike from Ilkley. Tomorrow perhaps, if we're up to it.

Doggo needs this break more than the rest of us. Both of Doggo and I are limping but he’s worse than me. In fact we even consider taking the bus back to Ings but he seems to recover and we get him back home by foot. Sadly with the old man now approaching 12 years old, we may not be doing much more walking with him, keen though he is. He needs the Dogth Vader tonight more than me. 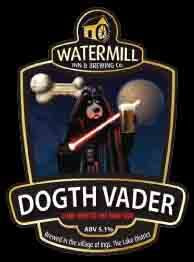 Funnily enough though, we eventually end up on OP.