A busy schedule today, due to an inhuman kick off time of 1pm. So it’s an earlier than usual park session, which I thought would have perhaps been detrimental to Doggo’s limp but no, he copes well with the conditions. 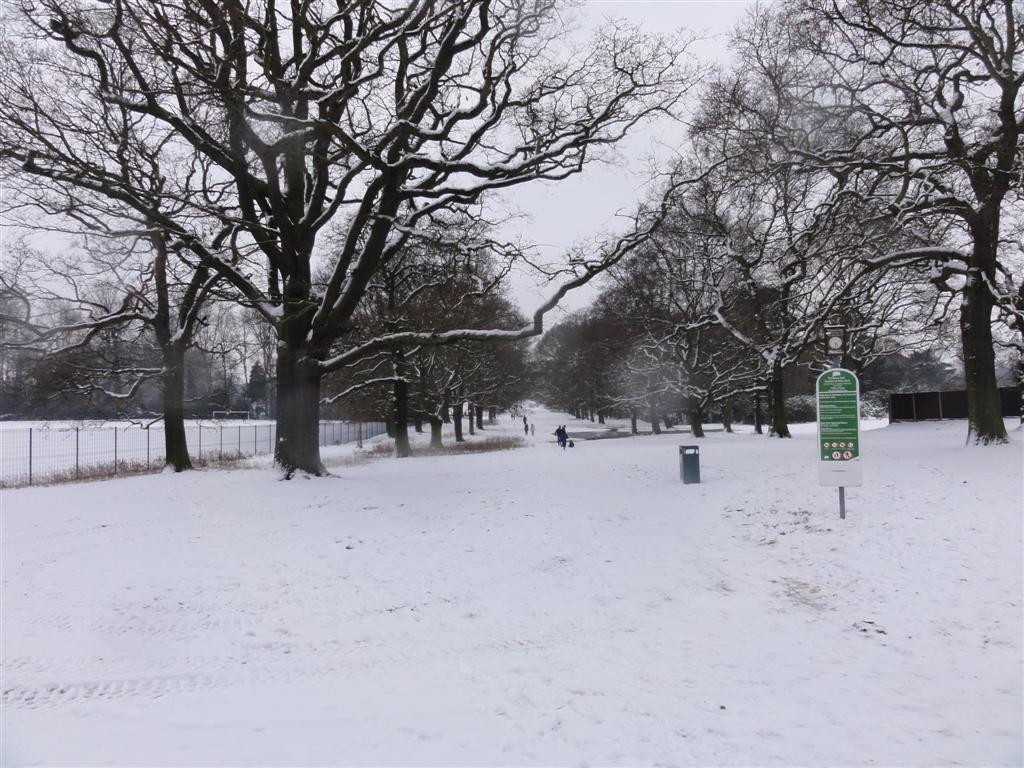 Not that I expected the game to be on. Last year’s Derby-Forest match was called off in much the same circumstances, at much the same time of year. Perhaps the grief they got for that is the reason this year’s went ahead. One thing that is off is tomorrow’s race. I’m gutted about that but apparently the course is treacherous.

The weather has also not put off the Military Fitness people and their poor clients. 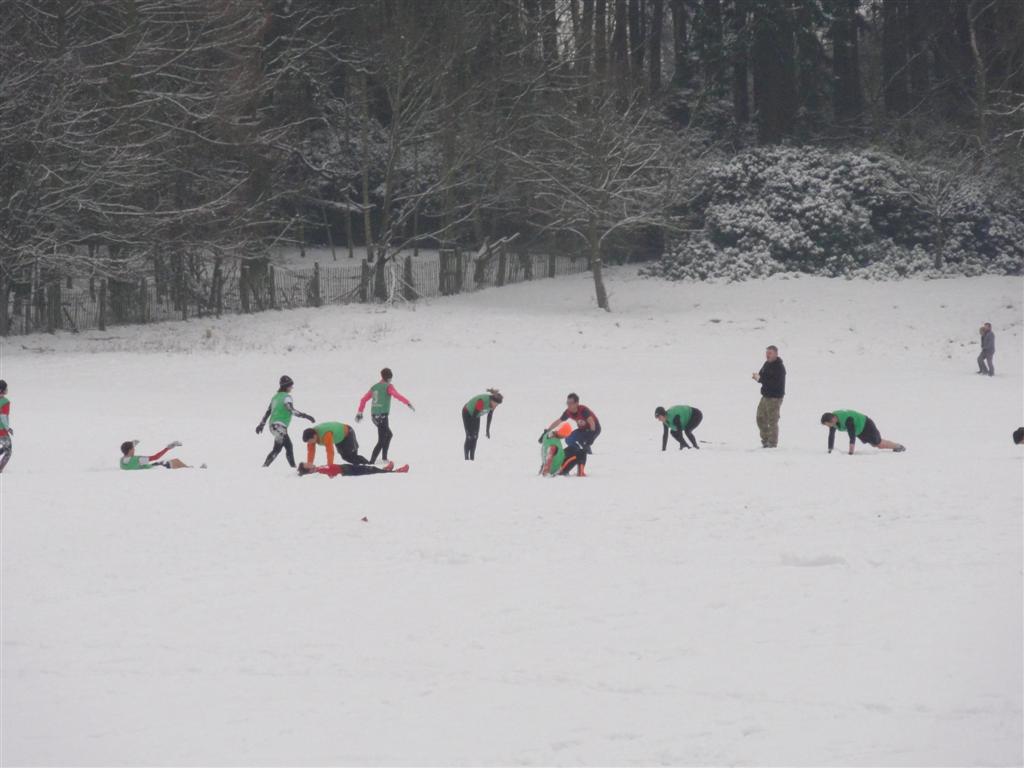 Sadly the game is disappointing, a 1-1 draw, no fights, no sending offs and both sides seemingly happy with the result. The ‘big’ local derby attracted a capacity 33,000 crowd but it’s always a game that always leaves me a bit cold. Perhaps because I’ve lived in Nottingham for so long. 27 years now. Wow, is it really that long. Still, in all that time I’ve not developed any affection for Nottingham Forest but neither do I have any great disaffection for them either.

If anything, the disaffection is closer to home. Derby have just revealed a loss of almost £7.9m in the last financial year ending June 2012. This is slightly up on the £7.7m in the previous 12 months. When you consider that we are putting on the field a team made up mostly of teenagers, how can it be that we are still losing £8M a year?

In the evening, we head into town which shows no sign of suffering from reduced popularity due to the weather conditions. Mind you, all those who have beaten the elements tonight will presumably be snowed in when faced with making exactly the same journey into work on Monday morning.

Set in the pre-Civil War Deep South, Quentin Tarantino’s ‘Django Unchained’ is a Western and the story of a slave named Django (Jamie Foxx) who becomes, well, unchained. He is set free by a German dentist turned bounty hunter Dr. King Shultz (Christoph Waltz). He needs Django’s help to identify the three guys who are his next bounty and were Django’s previous owners. 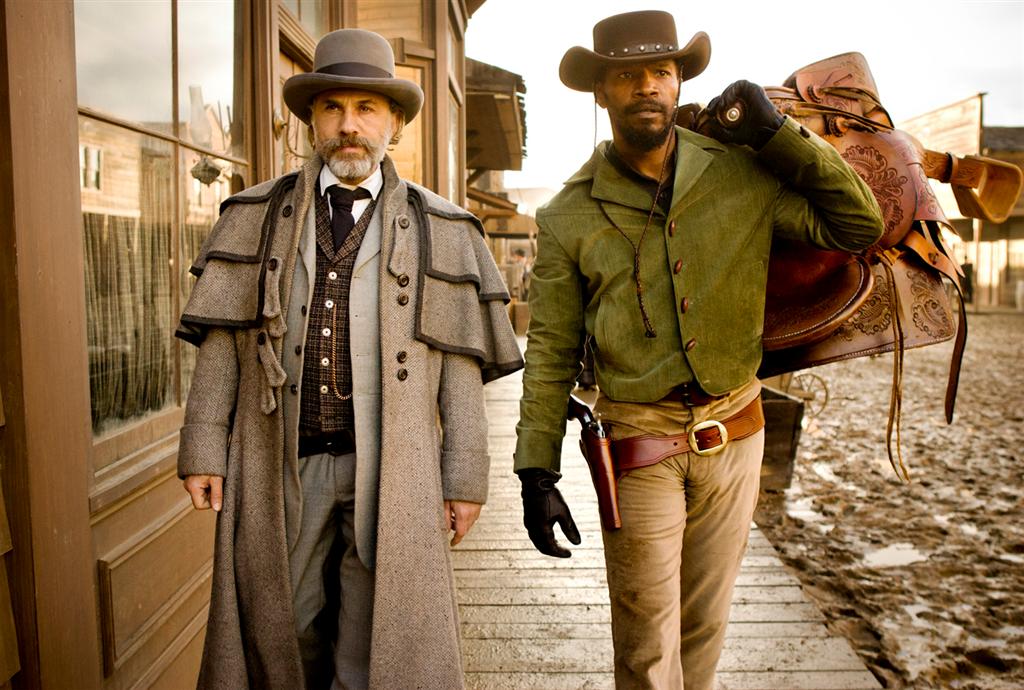 Schultz quickly discovers that Django has all the right attributes for the bounty hunting game, basically he’s good at killing people. So they team up and Shultz takes him under his wing. Shultz though makes Django a promise, that once the winter is over, together they will rescue Django’s wife from slavery too.

Broomhilda (Kerry Washington), Django's missus, is owned by Calvin J. Candie (Leonardo DiCaprio) and works on his plantation home of Candieland. Which he is assisted in the running of by his head slave Stephen (Samuel L. Jackson), who’s somewhat of a turncoat for the anti slavery cause.

Tarantino films of course, divide opinion. If you like Tarantino, you’ll like scenes like the one with the KKK arguing for a good ten minutes about not being able to see out of the holes in their pillow case masks before one member rides off in a huff because his wife made them all and feels it’s unappreciated. Or you won’t.

You’ll like the gratuitous, over the top bloodshed. Or you won’t.

You’ll like the prodigious use of the word nigger, which I assume he gets away with because it’s relevant to the time period but then again he’s got previous with this, having used the word in most of his films, just less often. Or you won’t.

Obviously it’s also got his other trademarks. Such as a great musical score, great acting, a character driven plot and someone losing their testicles. So you’ll like all that as well. Or you won’t.

You might even like Dicaprio, who it has to be said plays probably his best role ever and he talks Tarantino-speak like he’s done it his entire career. Or you won’t. 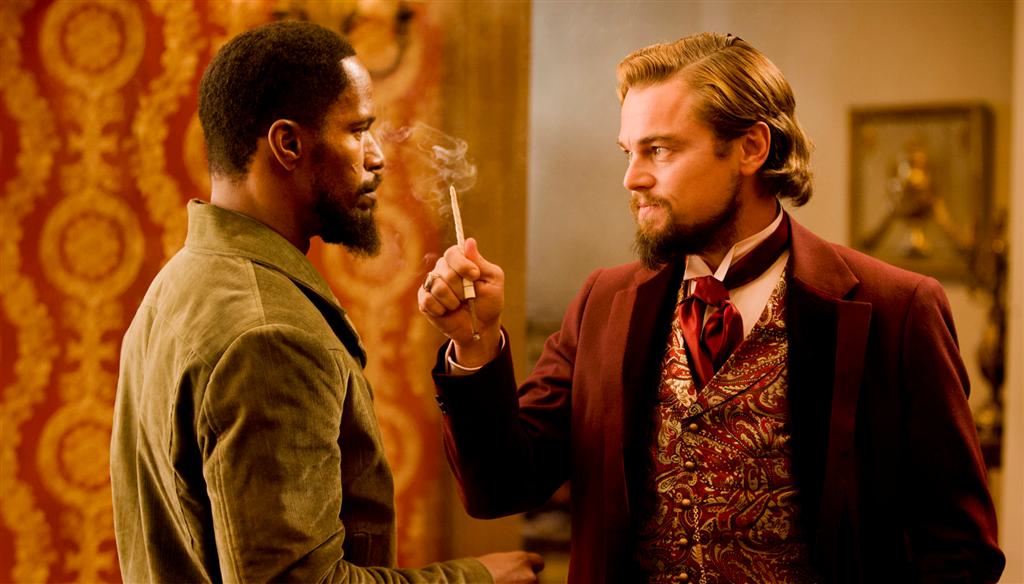 It’s still good to see him shot though. You’ll like that.

So yes it’s a good film but I would say it’s not one of his cleverest and it’s a little too long. Certainly for our neighbours who had to make an awful lot of bathroom visits. The last half an hour seemed an unnecessary way of resolving things that could and should have already been resolved but perhaps Tarantino had forgotten to write himself into the script, so had to quickly fit his cameo in, as well as a bit more violence. 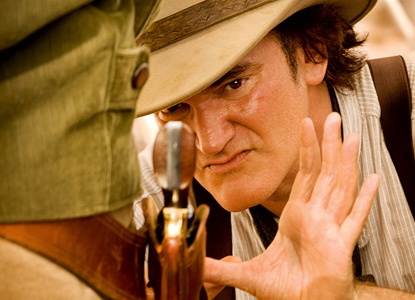 One final thought. Django is your typical deadeye movie gunman. He’s always first to the trigger and never gets shot no matter how many bullets are fired at him. He goes off on multiple killing sprees in the name of revenge, even if his victim’s association to him is tenuous. You would have thought that all this would have been on very dodgy ground considering several incidents worldwide in recent times including the most recent in Connecticut but no, apparently not. Just saying. You’ll like that. Or you won’t.

Afterwards Brewdog is so busy we only stay for one before ending up at the Old Bell, which is disappointing. The Abbot is the best option and that’s poor. Then we think we've timed our sprint for the bus to perfection but then see it disappearing into the distance as we arrive. With an hour to the next one it’s time to walk.