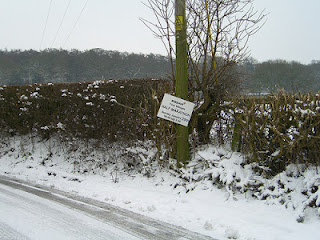 The course is under snow and is not safe to run. They say the police would not have passed the route on their inspection, which is interesting. I didn’t know they would have been so closely involved. Maybe if it had been off road it would have gone ahead, which makes me wonder if I should overcome my phobia of of road just for the winter months to at least get some races in. Still the break is doing me no harm, I don’t think. 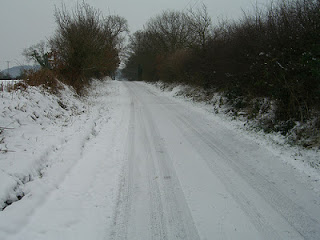 So a lie in and the park again. L goes out for a snowy run across the park. I’m tempted myself. She recommends running across the golf course where the snow is deepest. I give it ago, detouring to the park’s famous Arbour Hill which is not normally accessible due to the golfers, despite the fact that the golf course is on public land, they just don’t tell anyone it is. The run is quite pleasant, although there are some evil snow covered pot holes and ditches on the golf course or perhaps they’re called bunkers. 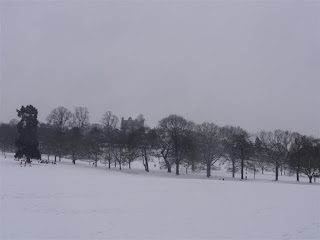 We have a takeaway curry despite the fact we haven’t earned it. At least we’ve got the t-shirt, it came in the post the other week.

We order too much, so I save some for tomorrow, very studently.